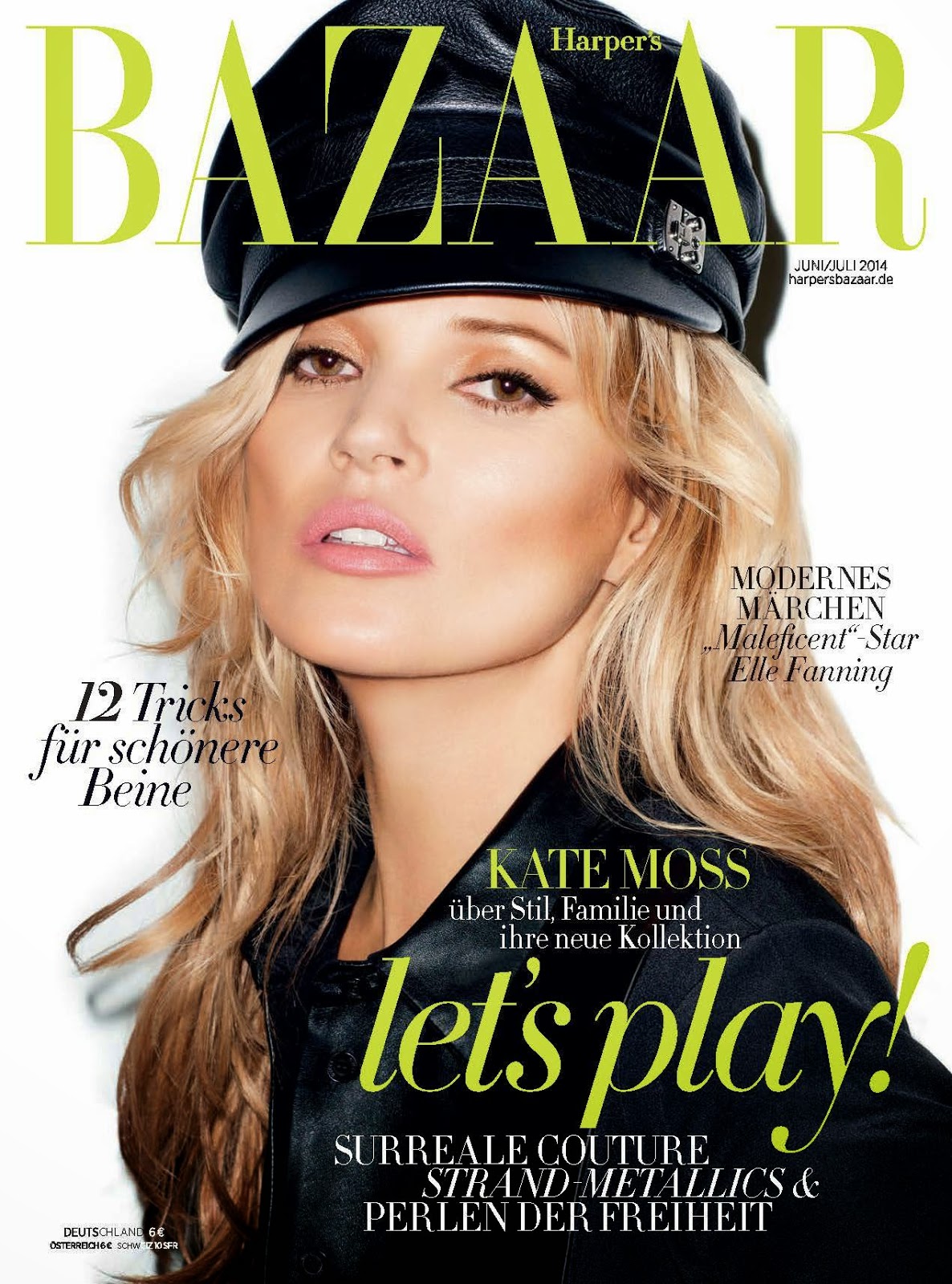 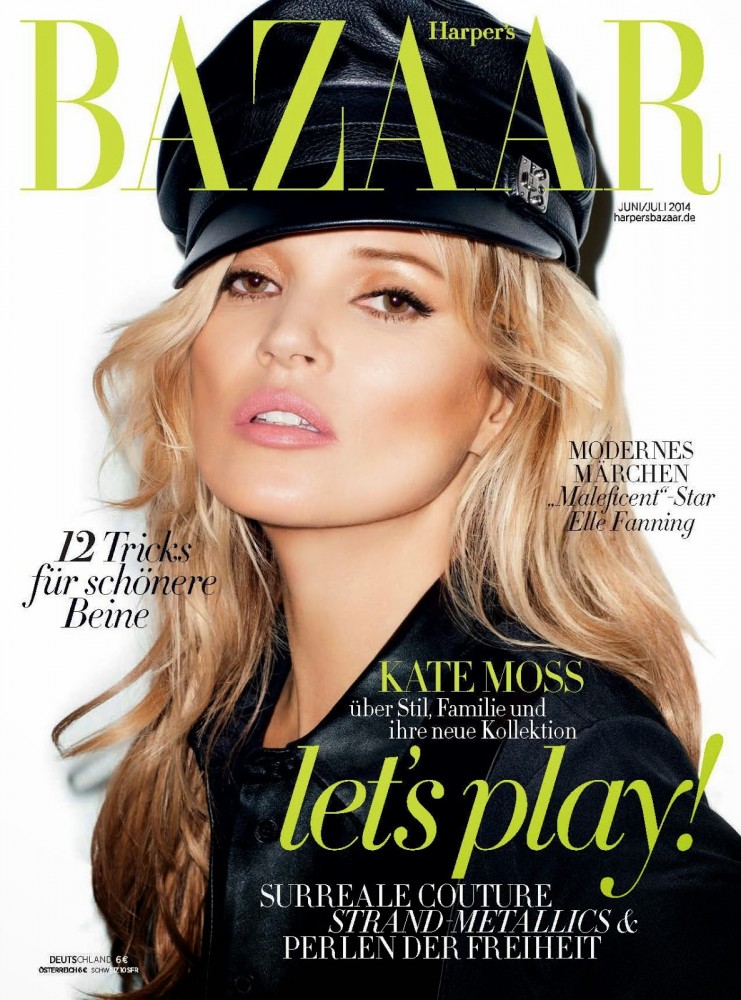 German Harper’s Bazaar invites readers to play with Kate Moss on the cover of their June/July issue shot by Terry Richardson. Look familar? It’s from the same shoot that the American version of Harper’s used for their recent May issue. If it ain’t broke…Earlier this week Kate and Cara Delevingne were at Windsor Castle to rub elbows with Prince William at a dinner celebrating the work of Royal Marsden sponsored by Ralph Lauren. The evening also welcomed Mario Testino, Helena Bonham-Carter, Margot Robbie, and Mr. Moss, Jamie Hince.