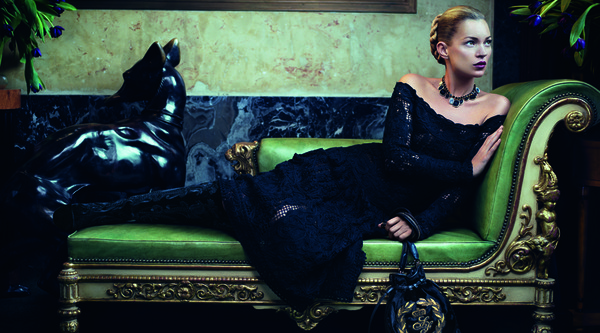 It’s difficult to believe Kate Moss is one year shy of 40 as of today, since the mod doesn’t look a day over 25. Long gone are her hard partying days; instead, Moss seems to be all about lowkey fun with her nearest and dearest. Maturing much? The supe rang in her 39th with a casual trip to the Red Lion and Sun pub in Highgate Village with husband Jamie Hince. In honor of the woman who’s been making us swoon since 1974 (or, well, not too long after that), here’s an extra-special, birthday apropos dose of Kate!

1. She has appeared on over 300 magazine covers including British Vogue 32 times and W 17 times.

6. Sadie Frost is the godmother of Kate’s daughter, Lila.

7. Alongside her ex, Johnny Depp, Moss appeared on Oasis singles “Don’t Go Away,” “Fade Away,” and on the Be Here Now album. Her instrument of choice? The tambourine.

Can’t get enough of Kate? Click through the gallery for 39 photos of the icon’s life and style…