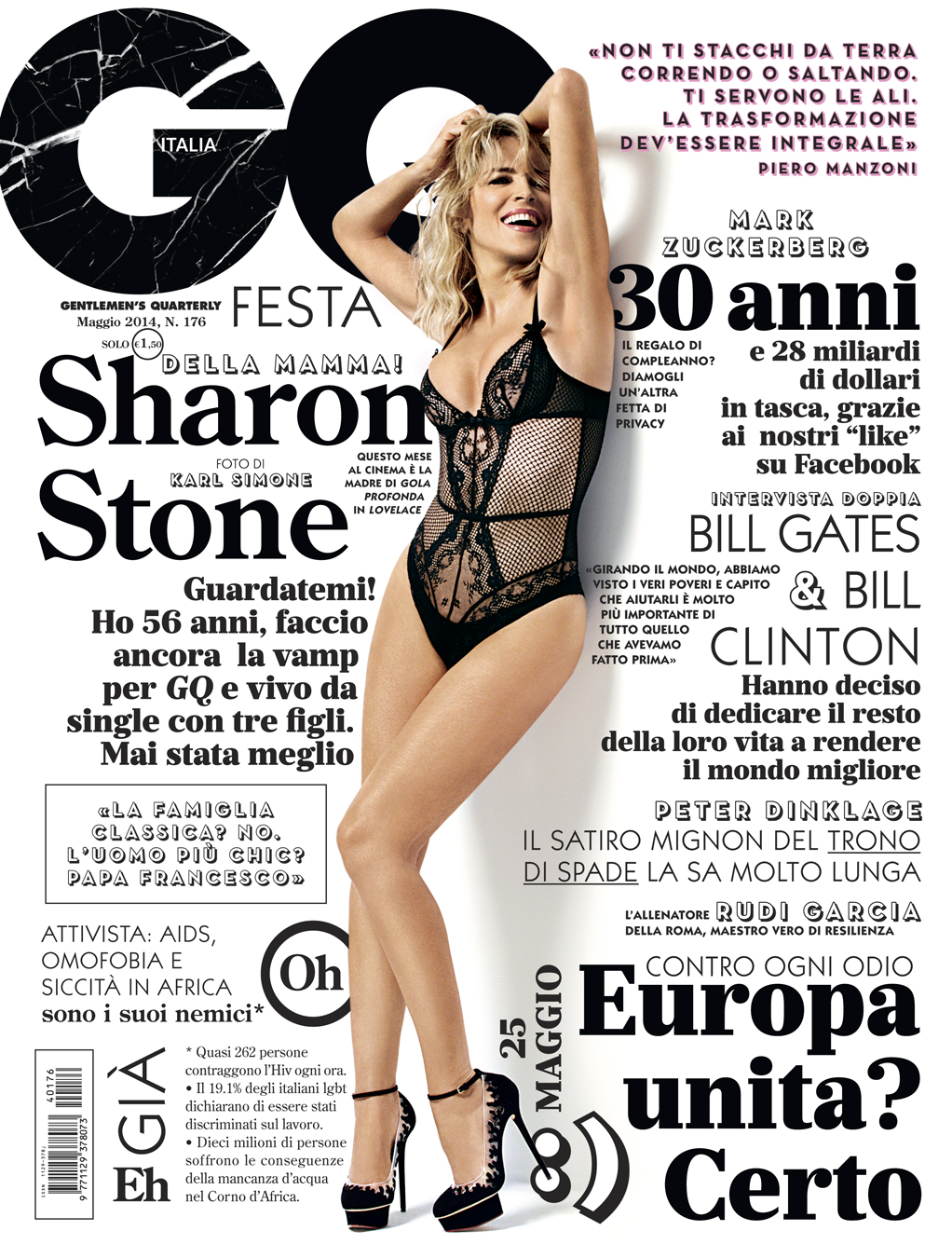 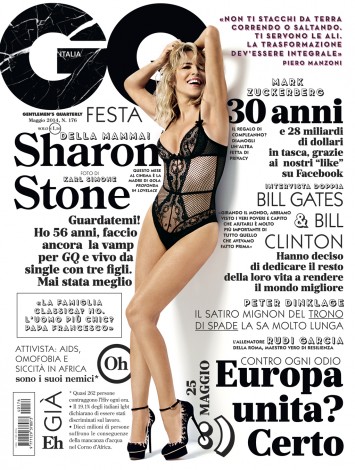 Amid the 4,328 coverlines in the latest issue of GQ Italy is Sharon Stone lounging around in black lingerie. The sexy shot was taken at Milk Studios in L.A. by photog Karl Simone, who dished to The Daily about working with Stone. “Sharon was amazing to work with with,” he says. “She was extremely professional and cordial, but fun and sexy. She gave 110 percent the entire shoot. I would love to shoot her again.” And just who came up with the idea to shoot the 56-year-old in her lingerie?  “Ultimately, it was the magazine that chose that shot for the cover from the select,” Simone tells us. “Andrea Porro, the fashion editor, came from Italy to style with several pieces to choose from and she particularly liked that one.” We were curious to hear what the actress listens to on set when posing for a shot like this, but Simone didn’t have a lot of deets to reveal. “She had us plug in her phone. [The music] was actually quite diverse, but if I had to name a song I couldn’t. I was busy working.” Fair enough.