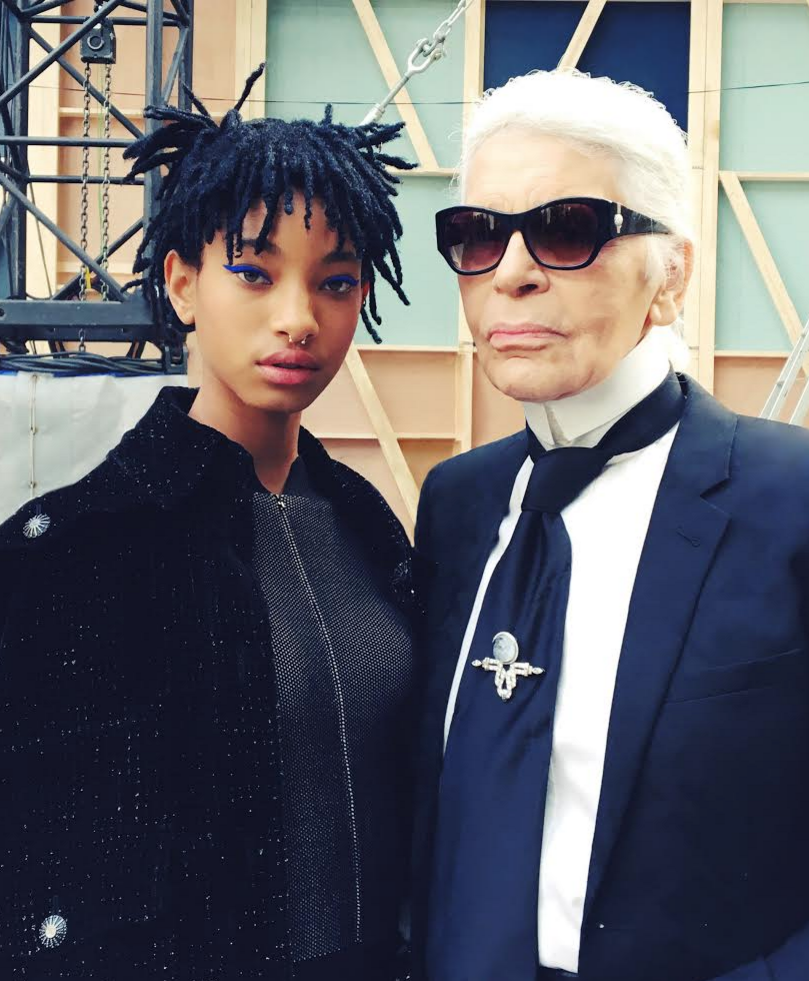 Another score for Willow Smith, who attended the Chanel show at the Grand Palais in Paris earlier today: The house announced that Karl Lagerfeld has chosen the 15-year-old as its new ambassadress. Will Smith and Jada Pinkett Smith’s precocious daughter first met the Kaiser in 2014 when he shot her for V Magazine. Late last year she signed on with New York City-based The Society Management, who have Kendall Jenner, Lindsey Wixson, and Adriana Lima on their roster, after her appearances in CR Fashion Book and T. The newly minted ambassadress first came to prominence in 2010 when her catchy song “Whip My Hair” hit number 11 on the Billboard Hot 100.

The family is no stranger to fashion—brother Jaden Smith recently made fashion news when he modeled womenswear for the Balenciaga Spring campaign.

” You must whip it. Whip it real good. ” Today will go down in fashion history as the decline and fall of the House of Chanel. Does Lagerfeld have ” Louis Vuitton Envy ? ” I wonder if he and Chanel have already signed Kayne and Kim’s little girl ” North West ” as the Chanel ” Ambassadress ” for Chanel 2017 ? Perhaps that should be ” Embarrassdress for Chanel. “

NEWS FLASH ! Chanel’s CEO of the past 9 years, Maureen Chiquet, ” stepped down ” as the chief head of Chanel less than 24 hours after Lagerfeld / Chanel presented their latest collection during Paris Fashion Week. ” Things that make you go Hmmmmm…? “