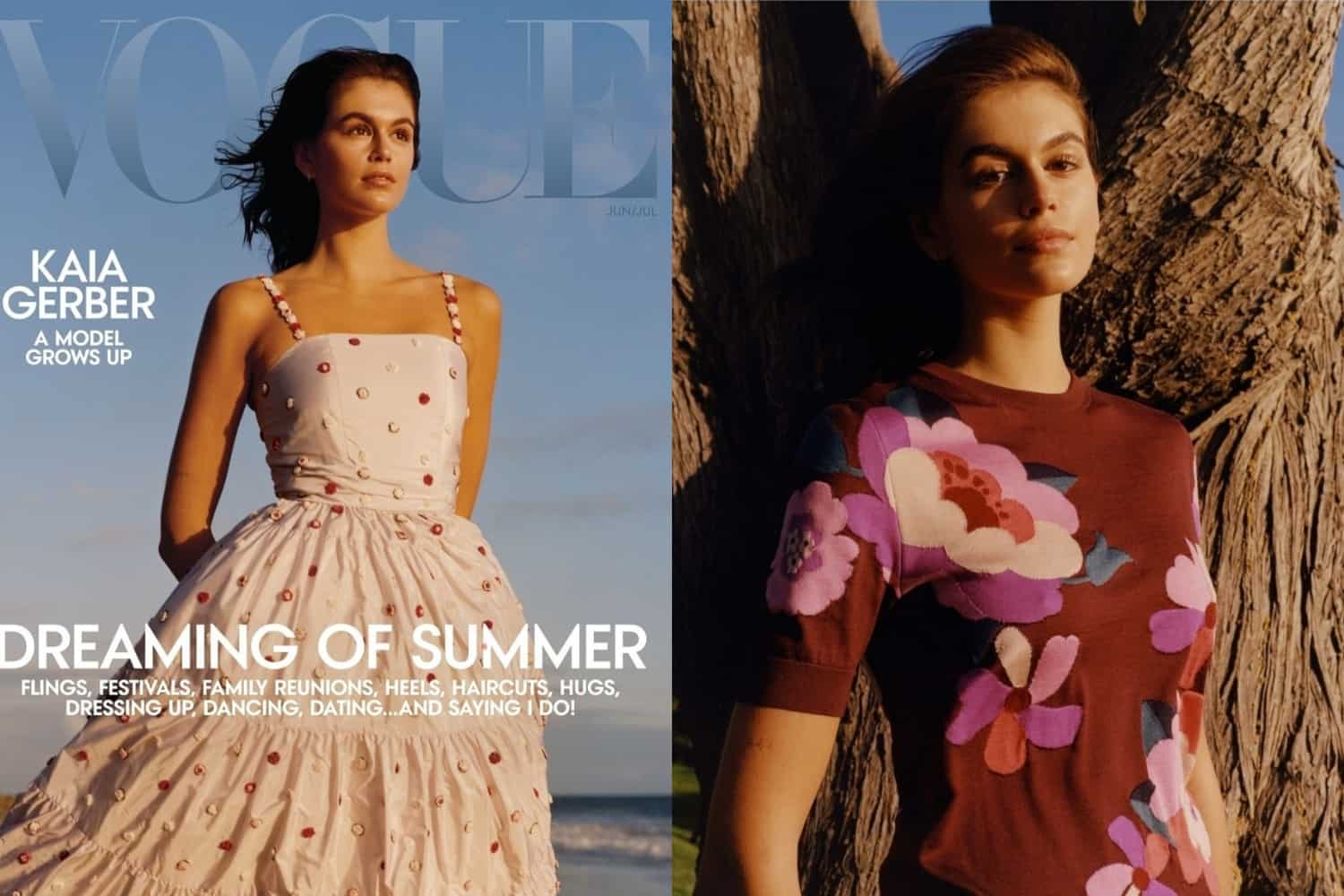 In the mag’s accompanying article, the Celine muse and it girl speaks with Naomi Fry about the process of growing up in the public eye over the last handful of years and how her early modeling career spiked at such an early age. “You know, I was doing fashion month, but I was so young I had kissed, like, only one person. I had never had a high school sweetheart or anything. And so I tended to date older people because those were the people I was around,” she tells Fry. “And I got put in situations where one day I’d wake up and be like, How did I get here? I have no idea what I’m doing, and I need help. And being able to ask for that help was amazing. That’s what real growing up means, not being afraid to ask.”

Of course, comparisons to her supermodel mom Cindy Crawford have ensued—particularly Crawford’s February 1990 cover of American Vogue, where she donned pale pink separates for a Patrick Demarchelier-lensed shoot. However, as the editorial’s photos of the tight-knit mother-and-daughter duo prove, competition is nonexistent! Crawford’s also avidly supported her daughter over social media as well. “Congrats @kaiagerber on your first American Vogue cover. Your inner and outer beauty shines through today and every day. So proud of the young woman you are and excited to watch you continue your journey. I guess all those times we played ‘photoshoot’ in my closet paid off!,” she captioned a sweet post of her daughter’s cover. Is you heart melting yet?

Read on for more from Gerber’s Vogue interview:

On missing her youth: “My dad would call me when I’d be in Paris and be like, ‘Do you want to come home?’ At the time I thought I was fine, but now I look back to 16-year-old Kaia and I’m like, ‘Come home!’”

Opening up: “So many conversations I used to have were so surface level, and I just don’t believe in that anymore. Now I’m more, like, ‘Hey, nice to meet you; what’s your deepest fear?’ I’m a trusting person. There were moments I’d be going through a hard time, and people would ask me how I was, and I’d say, ‘Oh, I’m good.’ Now it’s more, like, maybe the person I’m talking to is also having a bad day, and we can talk about it. If we close ourselves off, a lot of things get buried.”

The meaning of love: “Being able to be with someone I trust, where we don’t want anything from each other, having a safe, steady relationship like that, has really opened my eyes to the possibilities of love and what it feels like to love without conditions. Lust is touching other people or wanting them, but love is really seeing someone.”

Speaking out: “I started so young that people weren’t expecting me to have an opinion about things, and I was fine with that, because I didn’t feel comfortable enough in who I was. But when I got a little older, I started to wait for someone, especially in interviews, to ask me something other than ‘What are three items in your purse?’ I was like, ‘You’re not asking Adam Driver that, right?’ I was waiting to be invited to speak. Eventually I invited myself. And that was a really freeing feeling.”

On being a bookworm: “I would bring books backstage to shows and some people would act surprised, which I always found interesting. I was like, ‘Why is it crazy to believe that I’m a reader?’”