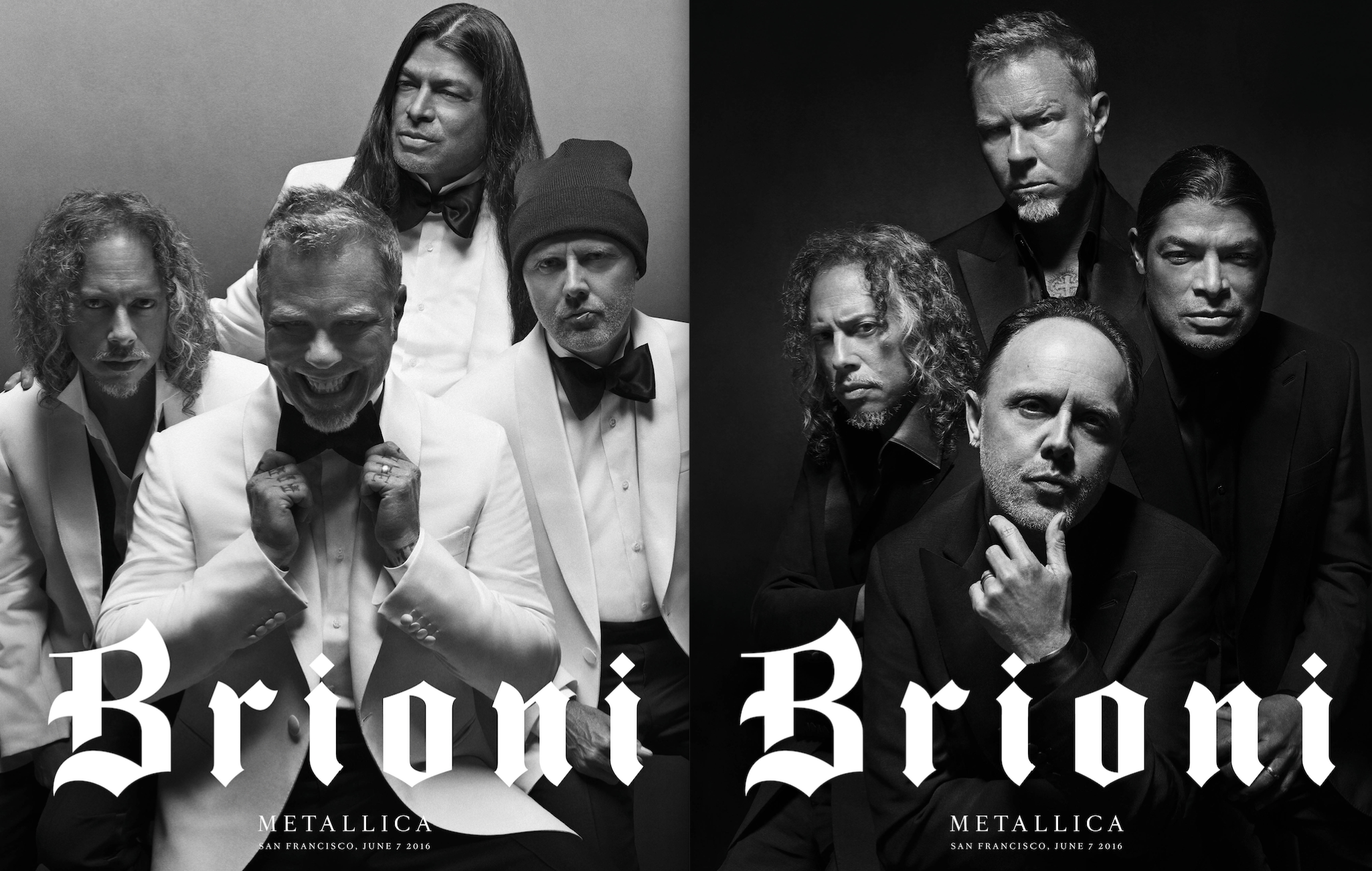 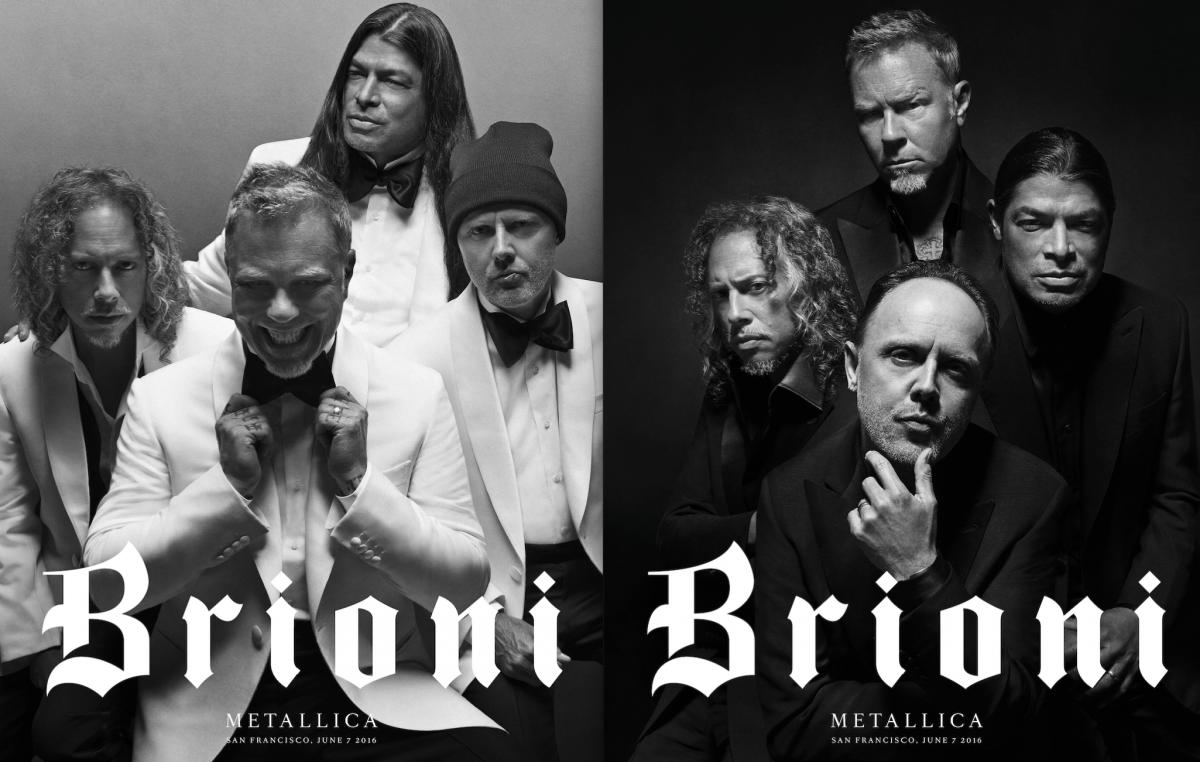 Brioni has launched its first ad campaign under the direction of newly minted creative director Justin O’Shea and it’s quite a departure from the luxury Italian men’s suiting brand’s buttoned-up image. Metallica is the face of the new campaign, which was shot in San Francisco by Zackery Michael. Members of the heavy metal group, Kirk Hammett, James Hetfield, Robert Trujiullo, and Lars Ulrich, are featured wearing white tuxedos and black suits in a wildly different take on the company’s image. This is something one would expect of John Varvatos, but Brioni? The new campaign follows in the footsteps of other brands enlisting legendary musicians and personalities as campaign stars. Marc Jacobs famously used Cher in one of his campaigns, Saint Laurent enlisted Joni Mitchell, and Joan Didion became the face of Céline.

The campaign also features what will be Brioni’s new logo in a font that also suggests an edgy new direction for the brand. The previous logo had been in use since 1955. O’Shea, who comes to Brioni from his role as buying director at luxury e-tailer MyTheresa, has long been known in the industry for his sartorial style. O’Shea is often snapped my street style photographers thanks to his mix of classic suiting with his tattooed and bearded image. It seems that O’Shea is recreating the brand in his own image and perhaps that’s not a bad idea as younger generations are foregoing the suit in the workplace. It might take someone like O’Shea to make it a desirable form of dress again, especially for the silicon valley set. Whether it will polarize the older, more staid clientele with the deep pockets remains to be seen.

Monogram Ancient Greek Sandals in the Hamptons this Weekend