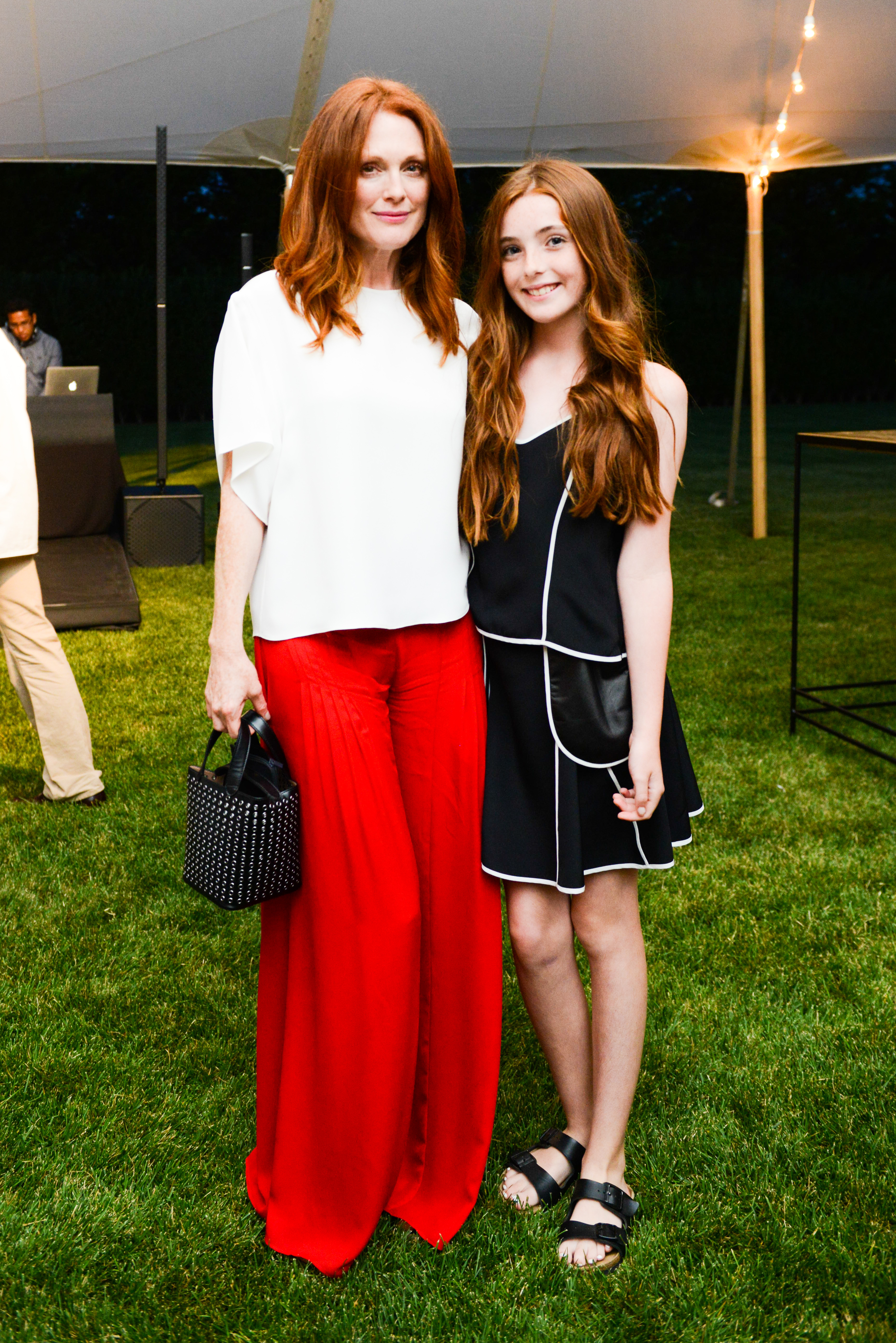 There are plenty of do-good events to pack in a Hamptons evening. To wit: this Saturday, Julianne Moore hosted a chic sunset bash in Water Mill to benefit the Children’s Health Fund. Held at the abode of Paul and Lisa Metselaar on Mill Pond, the sunset cocktails were a parfait prelude to a long eve of Hamptons revelry. Though the event was quite a trek for Moore, she was happy to be out and about for the eve. “I live in Montauk, so it’s a long drive here!” she told us. “The Children’s Health Fund is incredibly organized, and a great service for under-served children. At one of their benefits I met a pediatrician who was one of the first clients to be serviced by one of the Children’s Health Fund trucks. It’s amazing because he grew up to be a doctor!”

The likes of Christopher Fischer, Chuck Schumer, Gigi Stone, and Giorgio Armani’s Graziano de Boni were part of the well-heeled crew that mingled under the white tent and raised over $140,000 for the Fund. All those funds were raised by a live auction, with Jennifer Wright from Christie’s selling off everything from vacations in Maui and St. Martin to a sleek white Jaguar F-Type convertible. Also on the auction block: an outfit created in collaboration by designer Valentina Kova and Moore. The look was comprised of a ‘Julie’ top and ‘Anne’ pants, and while Moore’s getup was in white and red silk, the highest bidder will get to work with Kova to come up with their own color combo. It was quite a big moment for the budding designer: “I always thought of Julianne as my muse, inspiration, and style icon, even before I met her. And now I’m collaborating with her and I’m dressing her, it’s amazing! She’s committed to wearing my pieces at a few more events she has coming up.” This also marked the beginning of a long partnership between Kova and the Children’s Health Fund, so expect to see plenty more announcements with this chic pair in the weeks leading up to NYFW.