Juana Burga on Starring In Her Debut Movie “The Unseen” 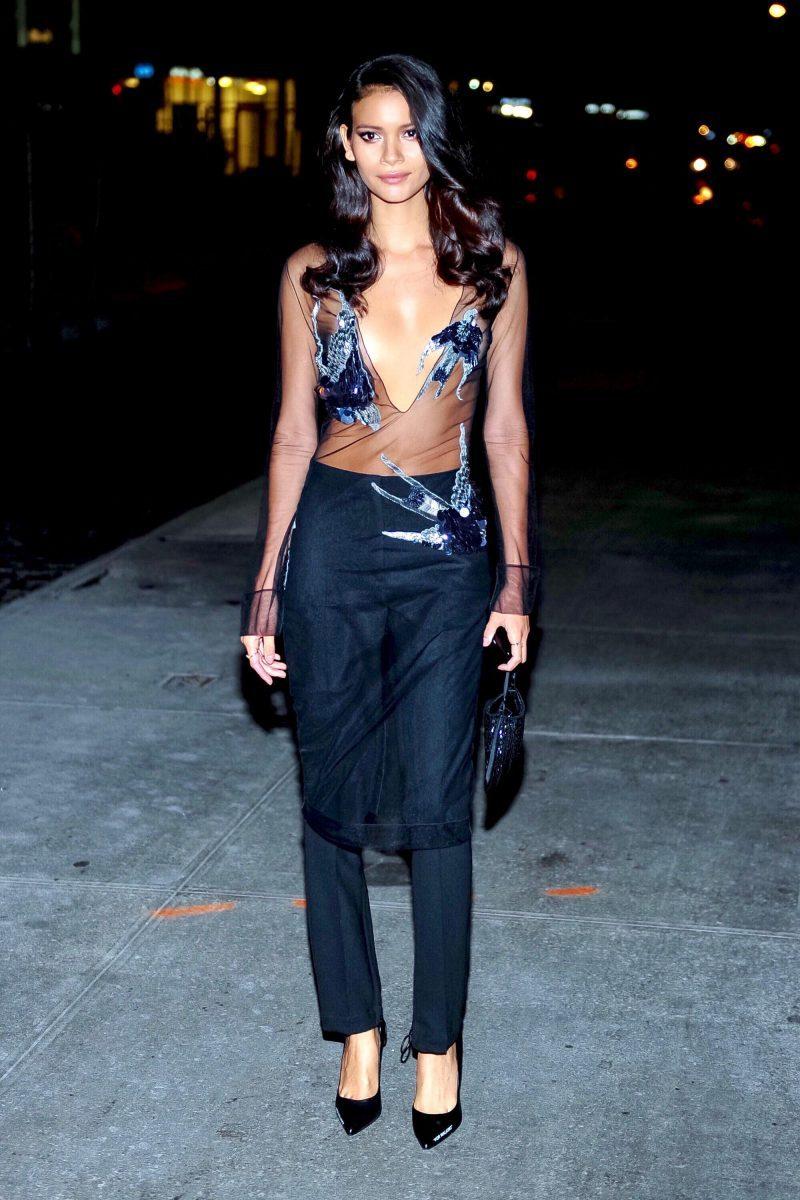 Peruvian beauty Juana Burga has been lensed by legends like Mario Testino and has been featured in books like Vogue Paris. But now, the model is transitioning into a new phase of her career as an actress as she celebrates her first feature film: The Unseen. Burga breaks down making her debut in front of the camera in a new light. PLUS! Click here to watch the trailer of the film!

Juana, how did you initially get discovered as an actress?
It was super unexpected! The director/producer of The Unseen, Luis Puenzo, who’s won an Oscar and a Golden Globe, has one of the biggest production companies in South America, based in Argentina. He was looking for a very powerful and beautiful couple to represent the toxic beauty happening within the landscapes during a time of war. They had incredible casting options, but they wanted something new and raw. That’s when they came to me. They found an image of me online and right away they said, “That’s the girl.” They found me in two months and we started filming. That’s how I was discovered!

What made you want to transition from modeling to acting?
The transition to acting was unexpected and fast! Redirecting my career and passions was always an afterthought. I would have never planned for it to happen in so short notice. It was a very intense transition. The character I play is so emotionally connected and has had difficult experiences, so it was interesting to have that come into my life.

What’s the movie about?
The movie’s plot was set during a time of war and reprints an apocalyptic situation. It follows a young couple fleeing a refugee camp in search of a better life. When we started to travel to the locations, we realized that there was a lot happening out there and that this could be happening in the near future.

How many years were you modeling before this happened?
I’ve been modeling for 9 years now on and off. It’s been a long time. Many years ago, I made different projects for myself. For example, supporting NGOs. I became the ambassador of artisans in Peru, so, I’ve been learning a lot about sustainable fashion, supporting women and supporting my culture. That’s my biggest passion.

When did you start getting into fashion?
I always loved fashion. In Peru, I was always looking for something different. My aunt is from Argentina, so she would bring me cool shoes or pants. I love to feel comfortable. I like statement pieces that represent the woman that I am.

Who are your favorite designers?
I love Gucci because they are designing free of fur. I love sustainable fashion. I think it’s so important to start supporting this initiative with brands and designers.

It’s very interesting how few models are able to transition into acting.
You have to be mentally and physically prepared. That’s the best way to connect with the character. The director walked me through every scene. The hardest part was the crying scene because I’ve never done that before. I spent two months working with a coach because I had to learn this new language. It was very intense.

So were you able to?!
Oh my god yeah. I hope one day you all of you will watch the movie and see!

We will! What do your family and friends think of your new career?
On November 9th, my mom, my sister, and my aunt surprised me by showing up to the premier in Buenos Aires. It was really interesting because I left Peru really young. They supported me 100%, but, they couldn’t imagine it. Once they watched the movie they couldn’t believe it. To see me in the movie changed their perspective of me and what I am capable of achieving in my life.

Are you touring?
I toured in South America for 10 days and it’s being released in 9 different South American countries. Hopefully we can start projects with festivals and potentially bring it to Europe

Who are your dream stars to work with in Hollywood?
I love Julianne Moore and Susan Sarandon. I was lucky enough to work with Julianne. These are powerful women and they play great roles. I really look up to them!