Making The Cut’s Jonny Cota on Megan’s Dis: “I Was Pissed” 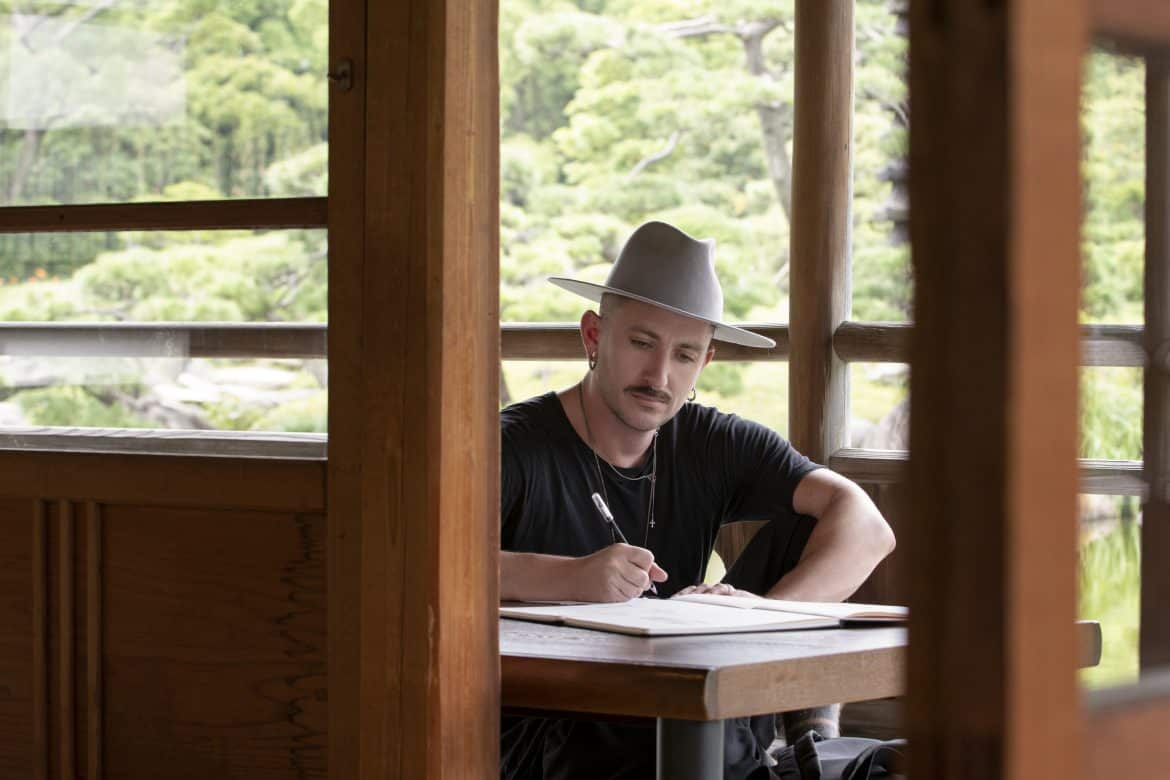 Warning! “Making the Cut” spoilers ahead! It was another winning week for designer Jonny Cota who took home another win from the judges in the digital marketing campaign challenge. He also kept mum when fellow contestant Megan Smith talked smack about one of his looks, but what did he say to her when cameras stopped rolling? We got on the phone with the LA-based designer to find out!

There was a lot of talk about the name of your brand in this episode. For a while ther it seemed like you were about to drop the name altogether?
Skingraft is still Skingraft. I knew when I arrived on the set of Making the Cut that I wanted to use it as a platform to eventually launch my namesake label, Jonny Cota. Skingraft will always be Skingraft.

What’s the difference between the two?
I learned a lot of lessons on this show. I’m finding a softer part of myself, moving past black; Skingraft is very black. Jonny Cota will be aesthetically similar because it all comes from the same place, but there will be more light, more color, more optimism in the design.

Why was it called Skingraft?
When I started Skingraft, I had no idea how to sew. I had this cheap KMart sewing machine. I had no money and all of my first jackets were made from reconstructed leather garment I got secondhand at GoodWill. I would buy leather mini skirts,  leather whatever and I would cut them all up and make them into jackets. My friend said it looks like I had skin grafted all the pieces together. That’s my name. Skingraft was born!

In the latest “Making the Cut” episode, you had to miss the opening of your store in LA. I know the store is temporarily closed now, but can you tell us a little more about it?
After 10 years of a Skingraft storefront, we closed and opened up Cota at Row DTLA on South Alameda St., which is a really exciting complex in downtown Los Angeles. Cota carries our friends’ labels, Skingraft, and Jonny Cota.

Will you be there when quarantine is over?
I will be at that store as soon as it can reopen. We’ve been excited all year!

You cried in the latest episode. Are you a crier?
I don’t consider myself a crier, but when I’m watching the show, maybe I am a crier! I’ve never labeled myself as a crier, but I feel things very intensely. I’ll say that.

Who have you kept in touch with from the show?
I’m still very close with Esther. I just ordered my platform boots from her. I’m also close with Rinat.

Megan was a little catty about your look in front of the judges. How did that feel?
She said my dress was “Been there, done that!” I was pissed. I held my tongue. I’m glad I did because watching the episode, I’m proud of how I responded. When the camera was off, I turned to Megan and said, “Hey! To be a professional designer, you can lift yourself up without tearing others down. I hope you do that in the future.” 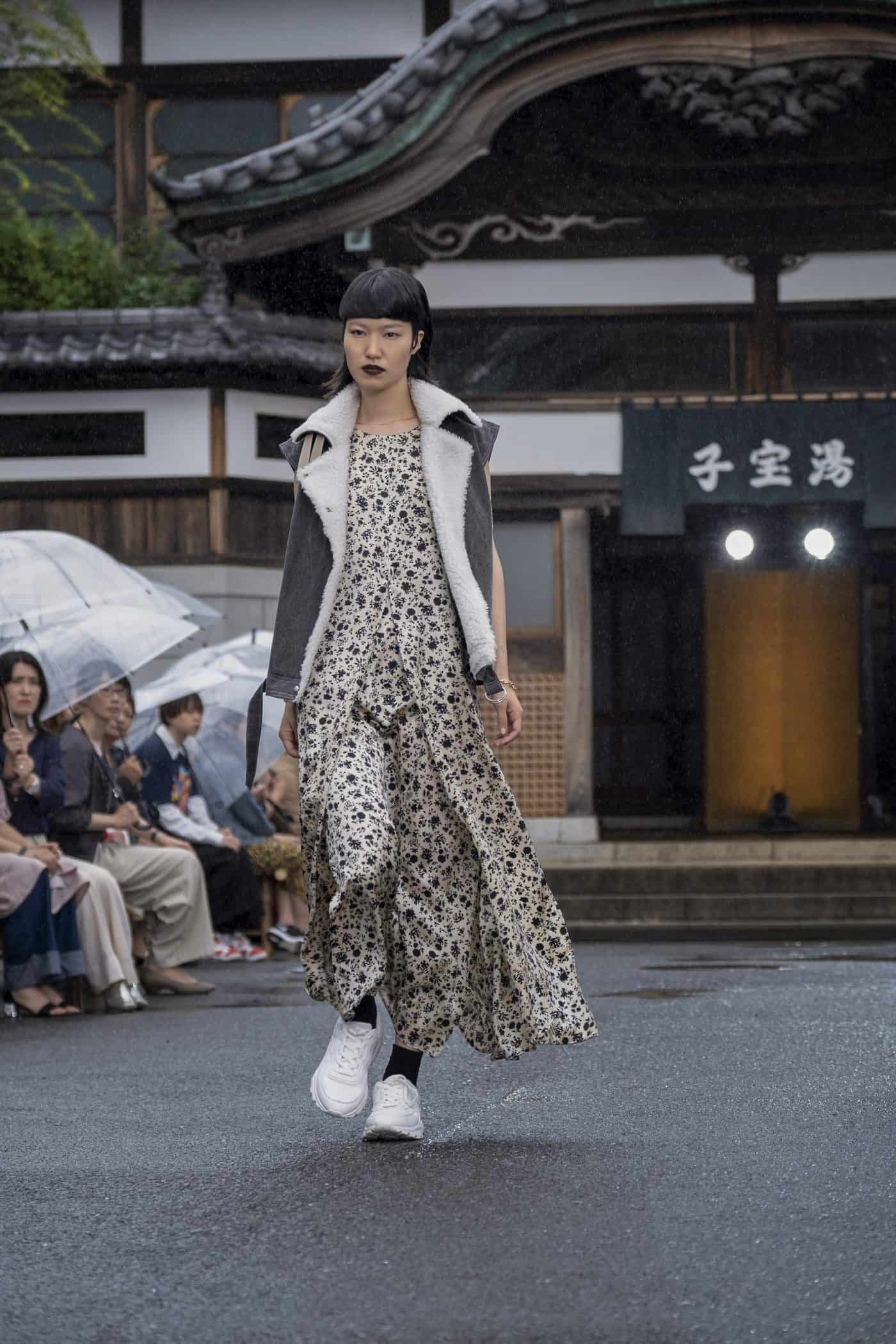 How did she take that?
We were so emotional. It’s such an emotional process. I hope she heard it, but it’s something I really stand by. Always lift yourself up, critique your own work, but not in comparison to others.

A reality show is a unique situation to be in.
If they let me run loose, the catty bitch would have come out of me and I would have said a lot of things I regretted. I’m happy I kept it cool.

What kind of feedback have you received since the show started streaming?
I’ve been spending about 10 hours a day trying to respond to everyone. I’ve gotten so many followers. I want to interact with everyone who is excited about the show and what I’m designing. It’s a full time job keeping up with it. I’m impressed with how many different walks of life are into the show. It’s so heartwarming and it’s really keeping me going.

We saw on your Instagram that you are making masks with Tom of Finland.
We launched our masks and we oversold so right now we are on back order. As soon as we get those complete, we will offer them again.

Thrilled to launch our masks in collaboration with Tom of Finland this morning and they have already SOLD OUT! For every mask purchase on @tomoffinlandstore we will be donating a mask to the @lalgbtcenter to help them thru this crisis. After we ship out the orders and get the donated masks in the hands of the LGBT center we will do our best to restock on @tomoffinlandstore. Check back here for updates.

How have you been spending time in quarantine?
I’m working a lot. Skingraft has gotten this awesome rush of orders from the show. I’m working on my namesake label. I’m trying to keep the quarantine pounds off.

If you were to do another reality show, what one would you want to be on?
I can’t believe I’m saying this because every day of filming of Making The Cut, I would say, “Why am I here? Why am I here? I want to go home.” But I am so desperate to do that show again. The adrenaline you get on “Making the Cut” and being tested and judged puts you past the limit, it’s an adrenaline that I can’t even put into words. It’s so addicting. I would jump at the opportunity to do Making the Cut again!

What was your favorite memory of the show?
In episode 8, we have this tea ceremony in Tokyo and it was the first moment after months of filming that we got to relax, ground out, take off our shoes, take off our hats, sit and have tea with Tim [Gunn] and Heidi [Klum.] It was the first moment of real interaction and warmth besides the judging panel. It was so beautiful. It really stood out.

And Esther took her cap off!
We were all shook! We didn’t know that could happen. It was a magical moment.