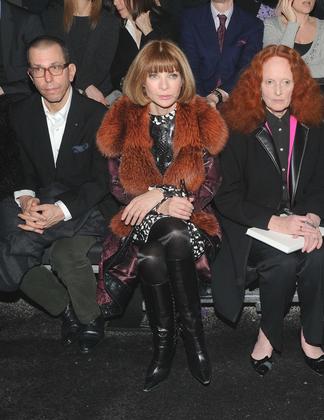 Conde Nast International’s chairman and chief Jonathan Newhouse has come out in support of John Galliano, telling Vogue UK that they’ve developed a tight friendship since that little incident a few years ago. “After he left Christian Dior and went into recovery from his illness, our relationship deepened and became a friendship,” he explains. “I gave him books about the Holocaust and Jewish history and opened some doors to the Jewish community. I introduced him to Jewish leaders and a rabbi, Rabbi Barry Marcus from Central Synagogue, with whom he established a dialogue. We even attended synagogue together. I have tried to be a kind of guide and a source of support. I believe in John.” He also believes that Galliano can make a comeback in the industry: “An experience like the one John has lived makes a person stronger, wiser and more aware. I have no doubt that he can return to top form. He is in his early fifties, a time of life when many fashion designers produce outstanding work.”