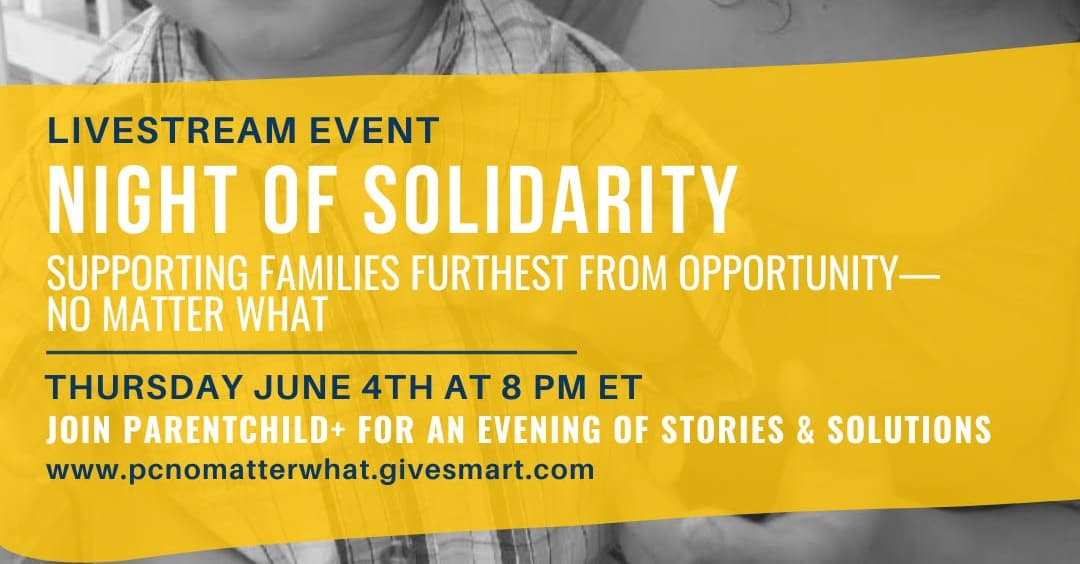 ParentChild+ are hosting a livestream event tomorrow, Thursday, June 4th at 8pm with their CEO, Sarah Walzer, to discuss the program’s work in the COVID context and the fight against racism, and how to move forward. Parent+ was founded in the 1960s by Dr. Phyllis Levenstein, an educational psychologist studying at Columbia University, who was asked to develop a program that would reduce the number of high school dropouts. After extensive research, she concluded that the most effective way would be to reach out children before they even entered school. She developed an extensive program and in 1979 ParentChild+ was established as a nonprofit organization to assist underserved communities replicate and expand Dr. Levenstein’s model. ParentChild- has reached over 70,000 families since it was founded and they are currently working with over 9,000 families.

Tomorrow’s Night of Solidarity is a fundraiser and you can go HERE to sign up or make a donation. They are also having an auction to raise funds with lots such as a private cooking lesson with Alison Roman.

This video features some of the great work they do.

Lafayette 148 Partners with the NAACP for Instagram Live Conversation