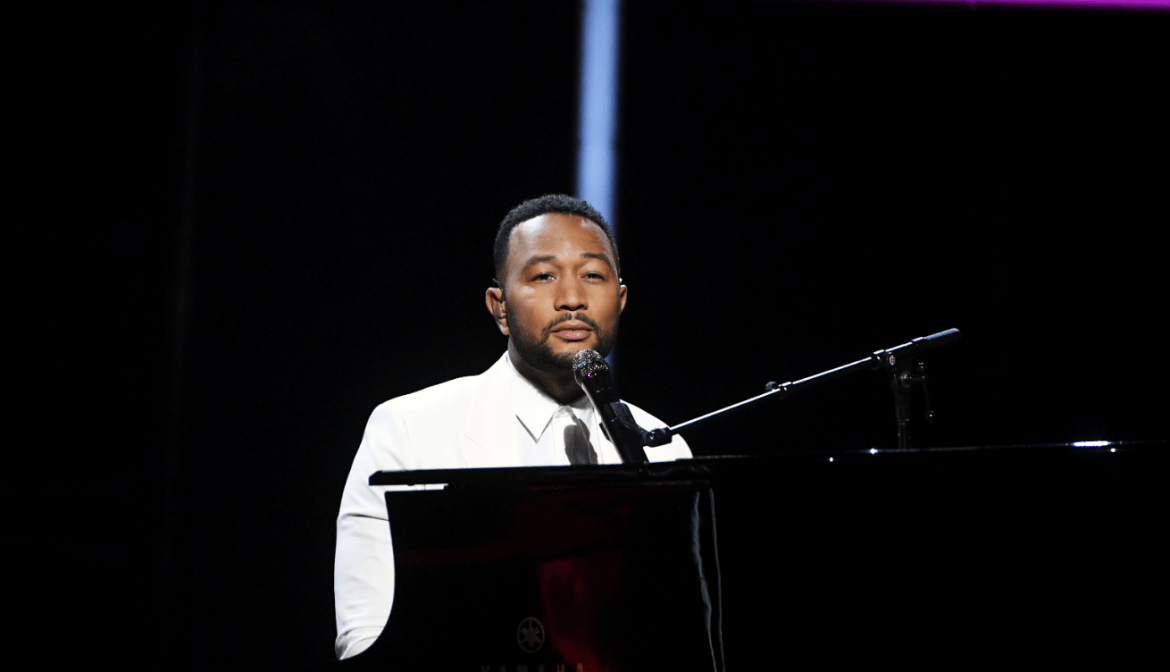 There wasn’t a dry eye in the house after John Legend took to the piano during Wednesday night’s Billboard Music Awards. The award-winning singer dedicated his performance to his wife, just weeks after the couple lost their newborn son during childbirth. It was the first time Legend has performed since the heartbreaking loss.

Legend said, “This is for Chrissy,” before giving a moving rendition of “Never Break” from his most recent album Bigger Love. After he finished playing, host Kelly Clarkson added, “All my love to you and Chrissy.”

“I want to take a moment to talk about a friend who inspires me on the daily,” Clarkson—Legend’s fellow Voice coach said. “Not only as a musician, a songwriter, but as a human. John Legend is one of my favorite people on this planet and it’s easy for us all to feel that way about them because he and Chrissy just have this warm way of inviting us into their world—the highs and the lows.”

She continued, “Our hearts go out to you both in this very difficult time and I’m thankful that you continue to share your light and your talent with all of us for the very special performance, possibly my favorite of the night.”

John Legend dedicated his #BBMAs — his first since the recent tragedy — to Chrissy Teigen. pic.twitter.com/igtPGoeFPk

Both Legend, 41, and Teigen, 34, have remained quiet on social media since sharing intimate grief-stricken pictures from hospital, updating the world about the devastating loss of baby Jack.

“Finally, a giggle. Thank you,” the model-turned-lifestyle entrepreneur commented on a post which joked, “Just booked an eyebrow waxing appointment and I’m excited I’ll be wearing a mask so I don’t have to hear ‘mustache too?’”

The account owner replied with a heartfelt message to Teigen, stating, “It is an honor and a privilege.”

As Seen On Social…Billboard Music Awards Edition! What Stars Wore While Tuning In At Home