Master Hairstylist John Barrett Spills About Princess Diana, His Most Insane Clients, and His New Salon 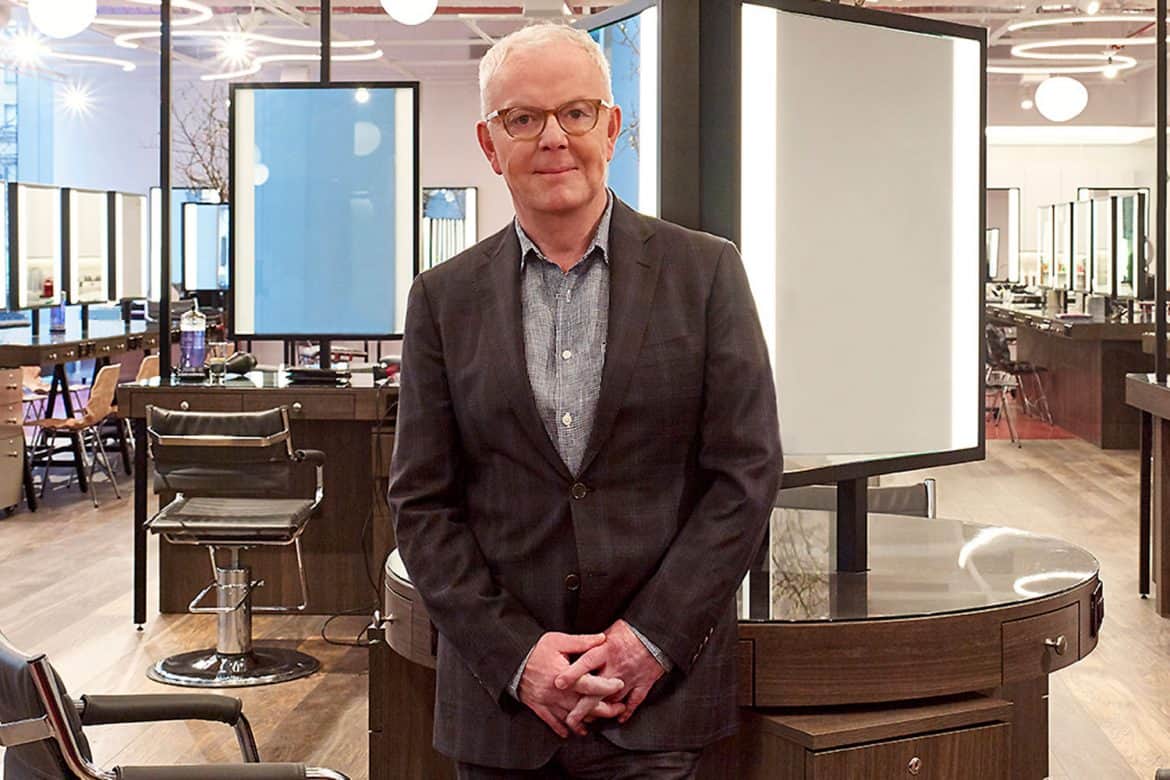 After more than two decades atop Bergdorf Goodman, the John Barrett Salon has pulled up stakes and moved to a fabulous new location at 36 East 57th St. The Daily caught up with the man himself for a walk down memory lane.

Tell us about the new salon!
It was a very daunting task because I thought, if you’re at the penthouse of Bergdorf Goodman, how do you take the next step and not have it be a step down? I was so fortunate because this was the first place I saw. It’s got 15 or 16 floor-to-ceiling windows and it’s on the mezzanine level, so it feels like you’re in a movie. It is based on my apartment, so there are beautiful books, and pictures, and paintings all around. Diana Vreeland said, “the eye should travel” and I agree, so we’ve laid it out so there’s something beautiful everywhere you look. There’s my personal collection of books and we are doing a partnership with both Phaidon and Assouline. There’s a little jewelry store and also just some beautiful things that you can look at or buy if you want to. While you’re here, you should be stimulated in every way. 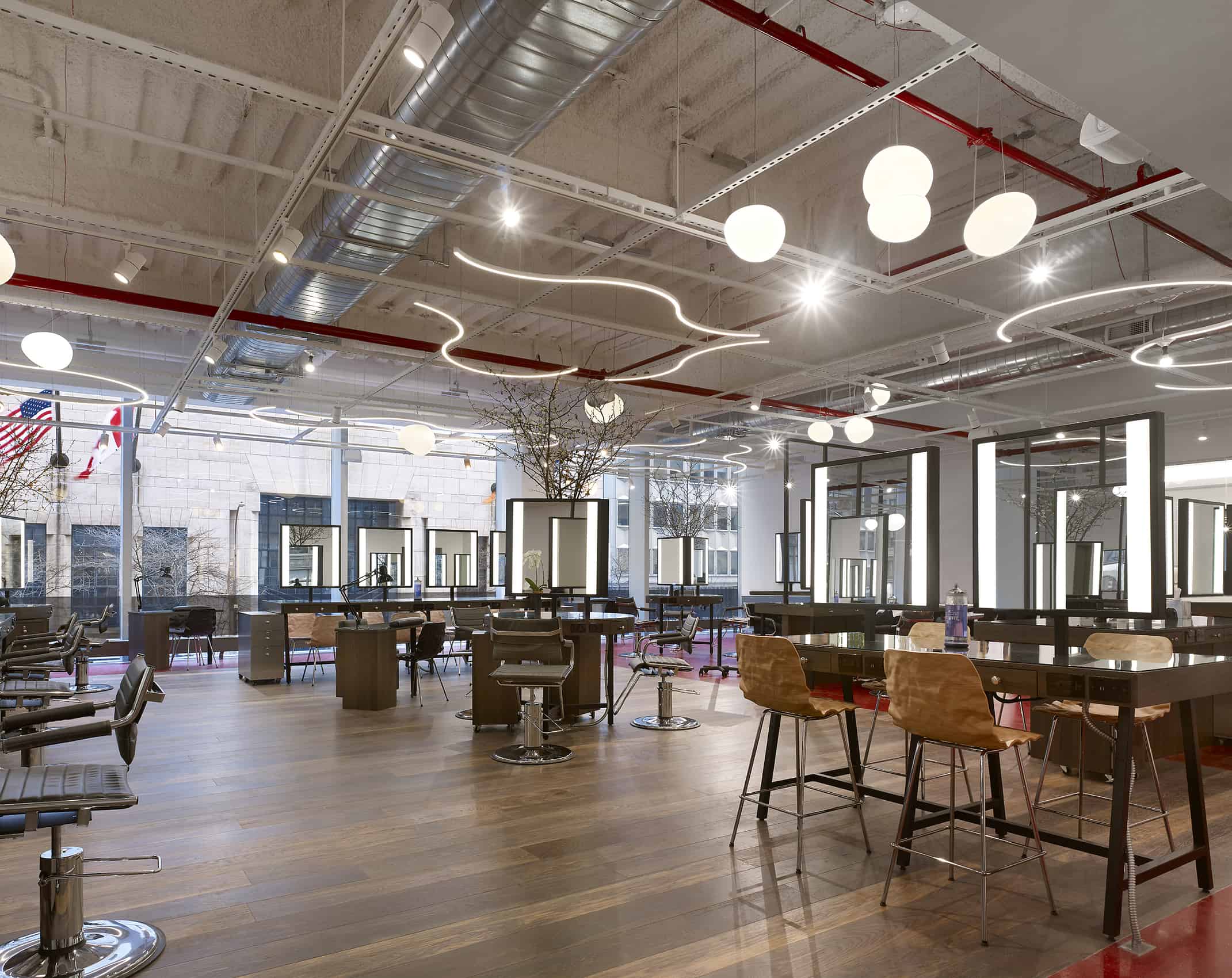 Of course, our priority is hair care and great service. When I was chosen to open my salon in Bergdorf, at the time hairdressers were very uppity. They had no respect for time. In fact, they really didn’t have a lot of respect in general. So when I was chosen by Dawn Mello, my first thought was, “We can do all this, but it has to be done with respect.”

Why did you decide to leave Bergdorf?
It had been twenty-three years, and even though Bergdorf and I have had the most extraordinary relationship, there comes a time when you have to have the courage to change. And I just thought, “If I don’t do it now, I’ll never forgive myself.” Now I’m doing things I didn’t have the opportunity to do at Bergdorf. We are carrying jewelry pieces here that range from $300 – $15,000. We have vintage Hermés scarves from Paris and various things I’ve curated from around the world. I couldn’t do that at Bergdorf because I was restricted to things that was directly associated with hair — brushes and that sort of stuff. I loved being at Bergdorf, but it was time for me to spread my wings.

When did you discover your love of hair?
It was accidental. I was 16 and I kept getting fired from these menial office jobs. My only ambition was to have a job long enough to get vacation pay, so I couldn’t hold anything down and I really just started doing hair because I failed at everything else.

And how did you make to transition from London to New York?
I’m Irish and I think I have the luck of the Irish, because I moved to New York when I won a green card lottery, of all things. At the time, Liz Tilberis and that whole group had moved to Harper’s Bazaar from Vogue in London and Tina Gaudoin recommended me to Frederic Fekkai.

I was just a lowly junior hairdresser, but one day this lady came in and said, “I’m going to a party and I just need my hair combed out. Could you do it?”

And I said, “It will take two minutes.”

So I did it and she came back the next day and said, “I don’t know what you did, but it’s what people are talking about.”

Turns out that woman was Dawn Mello  — the former fashion director and president of Bregdorf Goodman. I had no clue.

Andrew Goodman died and the Goodman’s had this seventeen-room apartment above Bergdorf’s that the family didn’t want anymore. Dawn offered the space to Frederic Fekkai, but he had just signed a deal with Chanel, so, against all odds, she chose me. And just like that I was plucked from obscurity and thrown to the top.

Was that the moment when you felt like you had really “made it.”
Oh, no! I was scared to death. I thought, “Is there a quick Harvard business course for running a high profile salon that I can take?” and then I just thought, “Okay. I’m just gonna show up and do what I think is best.” And here we are. 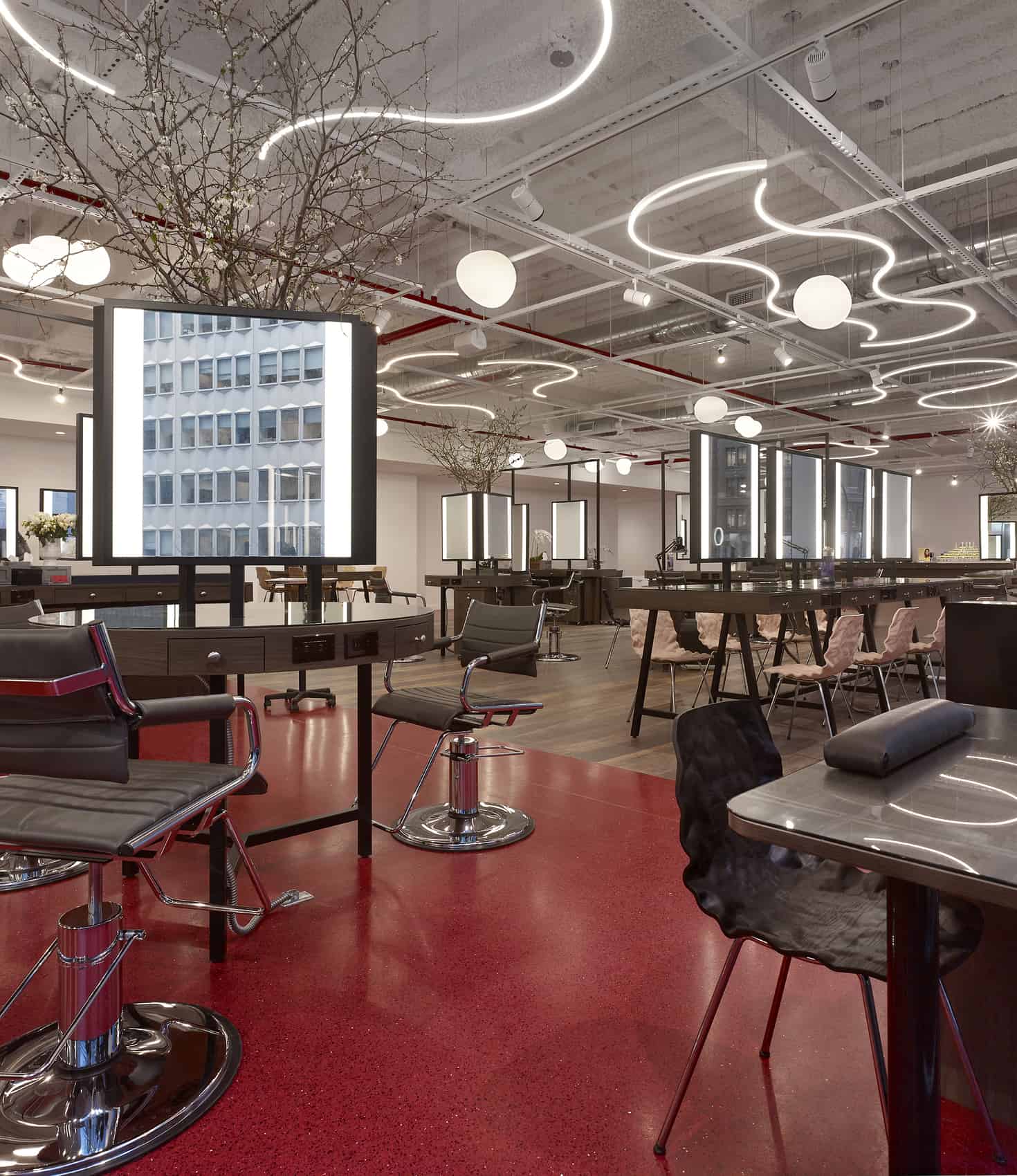 What would you say is your proudest professional moment so far?
There are so many, but once I went to do Princess Diana’s hair, and she said, “Do you want to have some fun?” And I said, “Yes, sure!”

You see, everywhere she went, a bunch of lunatics would send her letters and Kensington Palace would just give her four or five. So she started reading them out loud to me. And one was from a plastic surgeon who invited her to come and get her nose fixed. And we were just at the the Carlyle Hotel falling on the floor laughing because this plastic surgeon is writing to the most high-profile, most beautiful woman in the world and saying “I want to fix your nose.”

That’s not really a professional moment, but I guess the accomplishment there was that she felt comfortable enough to do that with me.

My proudest accomplishment, really, after having the salon at Bergdorf for twenty three years, is just being able to see how the families of my customers have grown up.

The industry has changed so much in recent years. Do you feel nostalgic?
Not so much. What I’m delighted to see has faded away are all those hairdressers with a broom up their asses. When I first came into salons in New York City, I often felt like I was being looked down on from a great height, but I think that has faded away to a certain extent and that’s great.

So how do you feel about the rise of sort of the YouTube hairstylist/influencers?
I think it’s great! They’re so positive. The message isn’t “you don’t look good” but rather “you can do this yourself and make yourself look and feel good.” That’s wonderful.

This might sound a little trite, but what would you say is the look for summer 2019?
Hair that looks like it is perfectly undone. Like, you can spend an hour at the hairdresser, but you don’t look like you went to the hairdresser at all.

How does someone go about achieving that?
It’s all about having an amazing haircut.

Bangs — for or against?
I’m not a pro-bang person. Obviously, it’s about face shape and bangs can be fun, but my whole philosophy is: you’re supposed to look beautiful. Your hair isn’t supposed to stand out dramatically. You just want to walk into the room and people say, “Wow, you look so good!” and not quite know why.

Summer is coming and I feel like my girlfriends always start talking about chopping all their hair off when it gets hot. What are your thoughts on the summer lob?
Whenever somebody comes in and wants to cut all their hair off, I try to ascertain their emotional state. If it’s a reaction to a breakup or whatever, I try to discourage it. At least for the moment. Also, what a lot of people don’t realize is that shorter hair is actually harder to manage.

Finally, you’ve worked in this industry for so long. Tell me… who’s a bitch and who’s a bigger bitch?
Well, we had one lady who had her hair blowdried every day at her home, and we had to have the hairdresser who would see her sign something because the woman insisted on [being naked while she was] getting her hair done. Because, it’s like, you’re going into someone’s home, but you’re still in the workplace, and we had to find a hairdresser who was fine with it and they had to sign something saying they understood the situation so we didn’t get sued.

But the worst is someone who acts like the world is over because their manicure is running 20 minutes late. It’s like “get over yourself.”

How Chloé Lukasiak Is Dealing with the...

It’s The Most Wonderful Time Of The...

5 Tips for Beginners Looking to Create...