Joan Smalls On Throwing A Good Punch, What Vitamins She Takes, And Industry Visibility 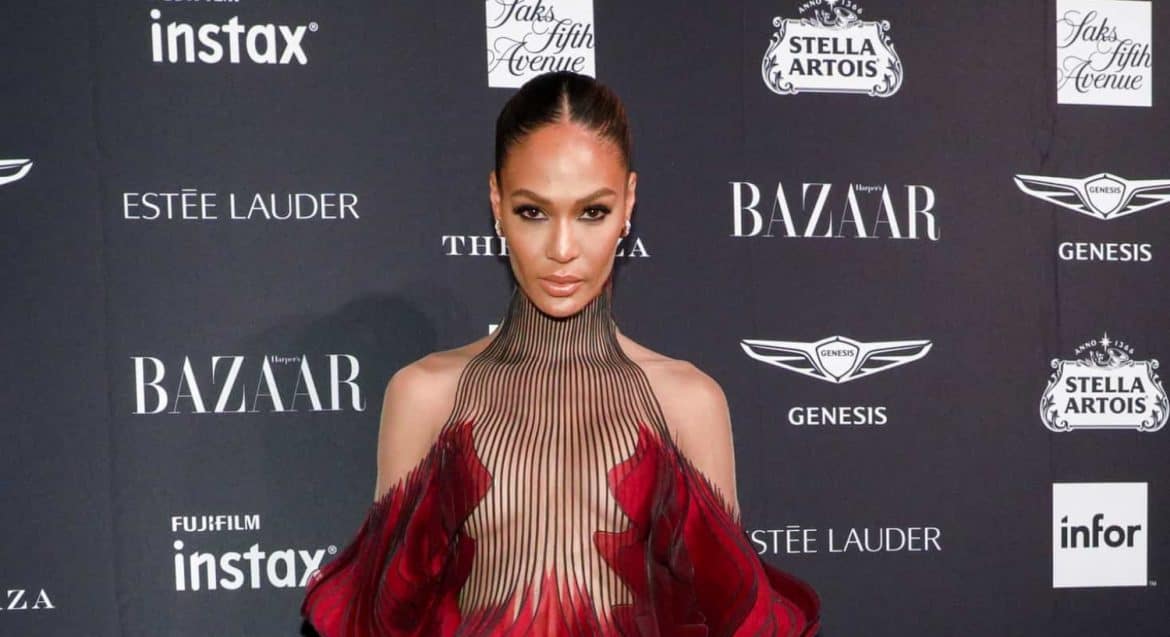 Supermodel Joan Smalls appears in the latest edition of WSJ. Magazine’s popular ‘My Monday Morning’ series, letting the outlet in on how her day flows. The 32-year-old divulged the details of her current fitness routine, adding that she misses doing Muay Thai. Smalls spent half of lockdown in her native Puerto Rico, meaning her normal day-to-day looked a lot different recently.

She said, “I’ve been doing 45 minutes [a day]—it’s mostly resistance training with my own body. I’ll do planks, I’ll do different types of sit-ups, anything that’s for my core because I have scoliosis. I do a lot of glute work: kickbacks, squats, fire hydrants. Cardio, I’ll do maybe three times a week. When I was in Puerto Rico, I’d run outside because it gave me a nice view to be outdoors and running in between palm trees. I haven’t done Muay Thai in over a year now, and I’m starting to miss it. I believe a girl should always be able to throw a good punch. It’s a good self-defense.”

As we’re ardent believers that breakfast is indeed the best meal of the day, we were glad to see that the supermodel doesn’t scrimp. “I’ll do oatmeal,” she said. “Other times I’ll do scrambled eggs, turkey bacon and a piece of toast, slice of avocado. Other days it’s fruit. Before I eat, I tend to drink water.” One thing that Smalls doesn’t have in the rotation though is coffee, as she gave up caffeine when her grandma passed away as the smell and taste reminded was too reminiscent of her.

The runway regular (she has walked 500 shows!) added that she’s keeping healthy with a supplement rotation of zinc, probiotics, vitamin D, a complex of vitamin Bs, a  powder called MSM [methylsulfonylmethane], and vitamin C.”

In June 2020, as a response to the global civil rights protests, Smalls announced she would donate half of her 2020 wages to support the Black Lives Matter movement. She also launched DonateMyWage.org, allowing anyone the option to donate the monetary equivalent of an hour, a day, a week, or a month’s pay to the cause.

Of the venture, she said: “It’s not as easy as it may seem to convince brands to donate money. A lot of the times I’ll say, I’m donating this—do you guys want to match? Because there isn’t a budget for that, they can’t do it. But then they’ll say, Oh, we can donate a certain amount, and then they want a mention of it or they want the affiliation. And I’m like, Yeah, but I’m going to need you to do more work.”

Smalls, who has called out her experiences with racism before on her social media platforms, also shared her opinion on how the industry is falling short. “I’ve seen brands use more people of color in their campaigns and advertising editorials, which I think is good. But at the same time, is this going to continue or is it just a trend? I believe when it comes to fashion there should be a responsibility of equality for all, not just the Black community. I remember at one point, the new thing was Asia and China. All the runways, all the magazine covers, all the editorials, you see a high influx of Asian models and barely any Blacks or Latinas. It comes in waves. Now they’re focused on the matter of Black lives, you see more interest in that, and now they fall back on the Asian models. There should just be equality throughout, consistently, with every race.”