Joan Juliet Buck on Her Tell-All Memoir, The Price of Illusion 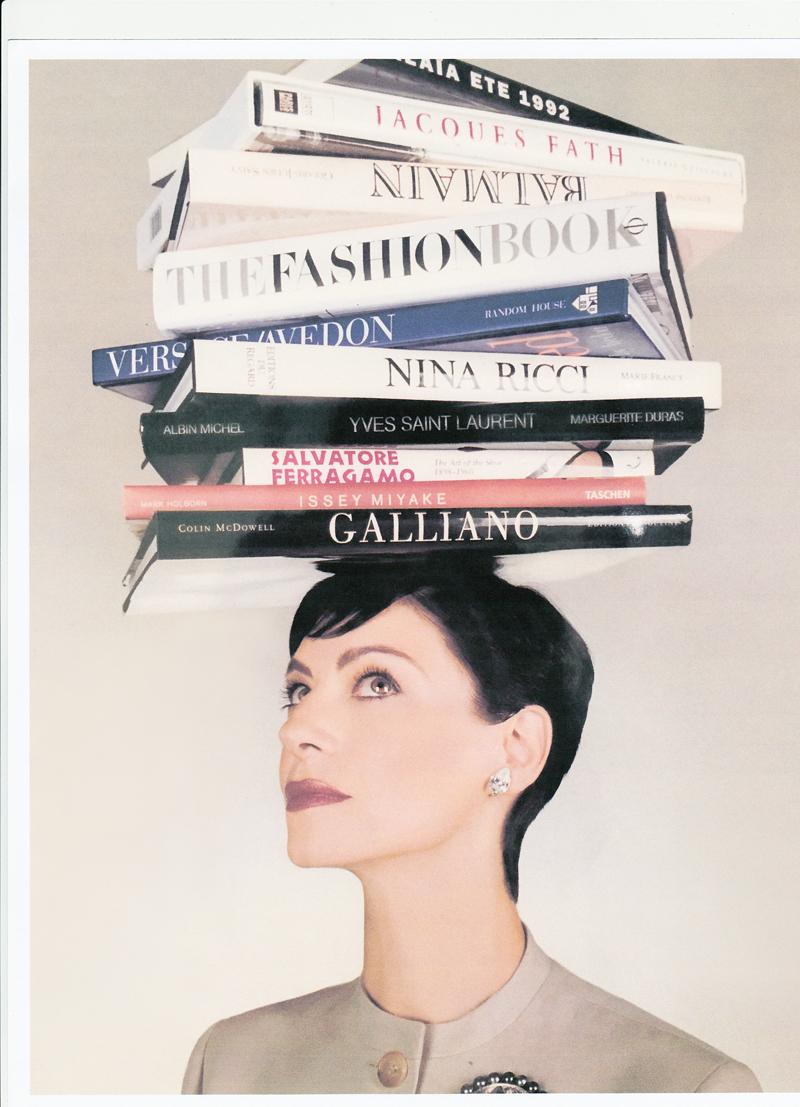 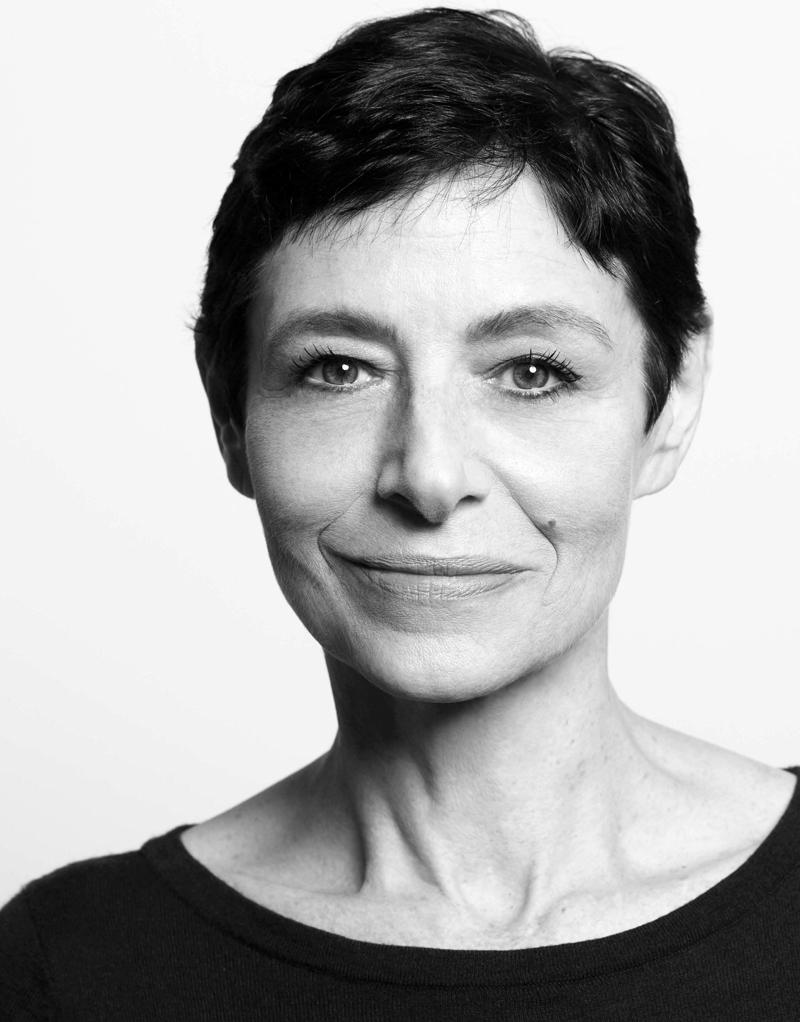 Joan Juliet Buck has enjoyed a celebrated career as a writer and editor. Now with the publication of The Price of Illusion, she is proving her prowess as a memoirist—and the fashion world can’t get enough.

It’s around 10:30 a.m. on a rainy spring morning, and the long hours between breakfast and lunch are especially dreary in the yellowish light of a bare-bones diner, even one on a fancy stretch of Madison Avenue. Joan Juliet Buck, ensconced in a dark raincoat and rubber galoshes, shrugs off her accoutrements to reveal a black blazer with the kind of fit that is the domain of the custom-maker or the couturier. A few tables away, a toddler is screeching. “Oh, no,” she warns to no one in particular, settling into her seat. She smiles, revealing beautiful teeth and straight-out-of-Vogue cheekbones. When the waiter hands her a plastic-wrapped menu, he does it with a sense of serving someone important.

Buck has lived many lives—daughter of a Hollywood royal, childhood intimate of Anjelica and Allegra Huston, globe-trotting film critic for American Vogue, editor-in-chief of the French edition, then again, one of Anna Wintour’s contributing editors. And she explores them all in The Price of Illusion, her richly detailed new memoir.

“I started it when all the s**t started coming down in 2011,” says Buck, whose American Vogue contract was terminated following the publication of her favorable profile of Asma al-Assad. “I wasn’t going to go scrambling around to try to write more features. When that was suddenly closed off—and it was a time of despair—it was my opportunity to actually sit down and try to figure out what had happened.”

She means that in the broadest possible sense, beginning with her childhood outside of Paris at Le Palais Rose, a copy of Versailles’ Le Petit Trianon. Her father, Jules Buck, was a storied film producer and business partner of Peter O’Toole. Her mother, Joyce Buck, was a onetime actress, society type, and the best friend of “Betty” Bacall. Buck grew up shuffling among Paris, London, and St. Clerans, the Irish home of her godfather, John Huston, and his wife, Ricki, whom Buck idolized.

“I’ve wanted, all my life, to write about Ricki,” says Buck, dabbing the water from her poached eggs with a napkin. “But I also felt, ‘She’s not my mother—that’s for Allegra, that’s for Anjelica.’ Allegra wrote her book first, then Anjelica…maybe that’s why I waited. I felt like if I wrote about her, that would be grabbing at her, the way I grabbed at her as a kid.”

wearing holiday decorations at St. Clerans with Anjelica Huston in 1963

NEW YORK CITY – JUNE 14: Angelica Huston and Joan Buck attend the book party for Joan Buck “The Only Place To Be” on June 14, 1982 at Elio’s Restaurant in New York City. (Photo by Ron Galella/WireImage)

Ricki Huston is an integral character in Buck’s world, but she is far from its sole larger-than-life personality—the 386-page tome is peppered with delicious stories about so many bold-faced names that the publisher included a 14-page index. The matron of honor at Buck’s wedding? Manolo Blahnik. The designer of her bridal gown? Karl Lagerfeld. A regular at her dinner parties? Charlotte Rampling. Onetime paramours? Donald Sutherland, Jerry Brown, Brian De Palma, and so on.

“I had a strange reticence, because I thought that I couldn’t tell my story—that I needed to, as one does as a feature writer, defer to the privacy of the more important people,” says Buck. But The Price of Illusion leaves little to the imagination, especially when its author discusses her tenure at Paris Vogue, which she edited from 1994 to 2001. Buck presided over a successful time in its history, and an especially good time to be in the magazine business. She inhabited an idyllic (if potentially haunted) apartment on Rue Jacob, dined regularly with Yves Saint Laurent and Pierre Bergé, swilled vials of seawater, watched her Milan hotel rooms fill with an embarrassment of designer swag. Throughout it all, she was caring for her ailing, manic-depressive father, who had lost the family fortune on a disastrous film project. Buck was also juggling various romances and devising ways to boost her glossy’s circulation while securing the loyalty of its standoffish staff. Ultimately, Buck writes, a dramatic feud with her publisher, Gardner Bellanger, led to her dismissal: Bellanger allegedly told Jonathan Newhouse, chairman of Condé Nast International, that Buck had a drug problem, which she denied. Regardless, Newhouse sent her to a rehab facility in Arizona, and replaced her with her onetime fashion director, Carine Roitfeld.

“When I came back to America, everyone wanted to meet the former editor-in-chief of Paris Vogue, which I did not feel like,” says Buck. “Because it was never a fit. It was a job that I’d accepted because I was offered it, because I speak French, because I’d been offered it before. I accepted it because it was snowing, because the cat litter smelled really bad, and this guy I’d been going out with had dumped me. I thought, ‘Oh, why not?’ A lot of my life has been, ‘Why not?’ and then I go into some dreadful adventure.”

Now living in Rhinebeck, New York, Buck is plotting her next book, doing Pilates, she says, “when I can afford it,” and watching the accolades and OMGs pour in from the vox populi on social media. The obvious next step, of course, would be the sale of the movie rights. “Oh, yes,” says Buck, her eyes flashing from behind her navy-blue glasses. “There’s agitation.” As for who should play The Price of Illusion’s protagonist? “Hailee Steinfeld. Have you seen The Edge of Seventeen? And then afterward, I don’t know—people are saying Natalie Portman. I think she’s far too beautiful.”