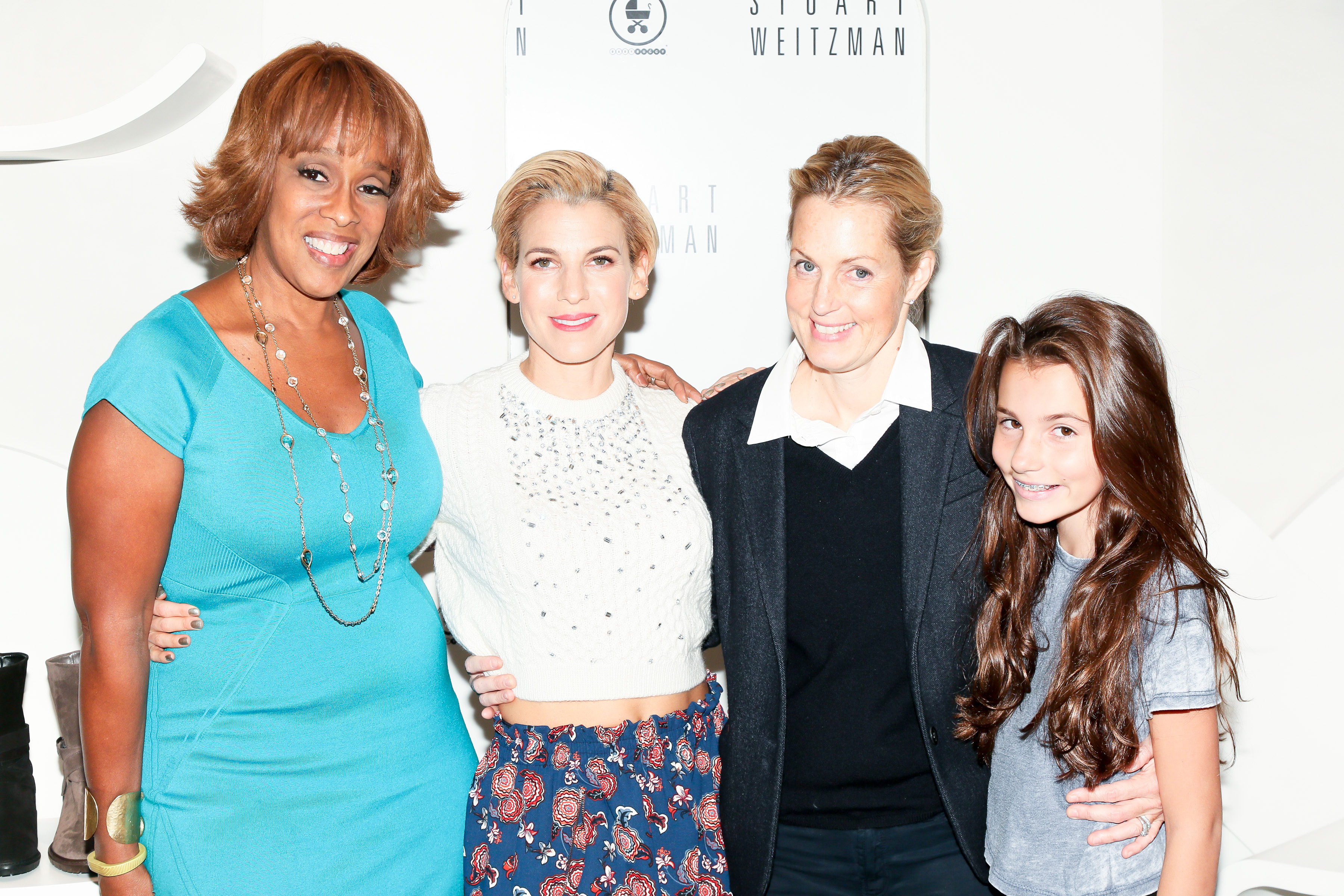 Jessica Seinfeld held court at Stuart Weitzman‘s Fifth Avenue flagship last night, as hordes of women came to pick up a new pair of heels and support Seinfeld’s Baby Buggy charity, which aims to provide essential clothing, gear, and services to families in need. The three shoes designed by Seinfeld avec the Weitzman team were on display, front and center. “They’re named after our three children, Sasha, Julian, and Shepherd,” Seinfeld told The Daily. “When Sasha was born I came up with the idea for Baby Buggy, and here we are almost 14 years later. We have this incredible partnership with Stuart Weitzman. We feel so lucky when a company comes along and actually wants to give proceeds back to Baby Buggy. They said, ‘Let’s do three styles,’ and I said, ‘OK, I really relate to the number three,’ because of my three kids.”

Just behind Jessica, BFF Gayle King modeled a pair of black lizard stilettos in the mirror: “What do you think, honey?” “I think you need them all,” Jessica said, glancing at King’s mile-high stack of potential new footwear. Guests like Ali Wentworth (with her daughter, Elliott) and Stefani Greenfield picked up a few styles from the Baby Buggy collection and carried on with their evening. Meanwhile, King had at least three staff members waiting on her, hand and (literally) foot.