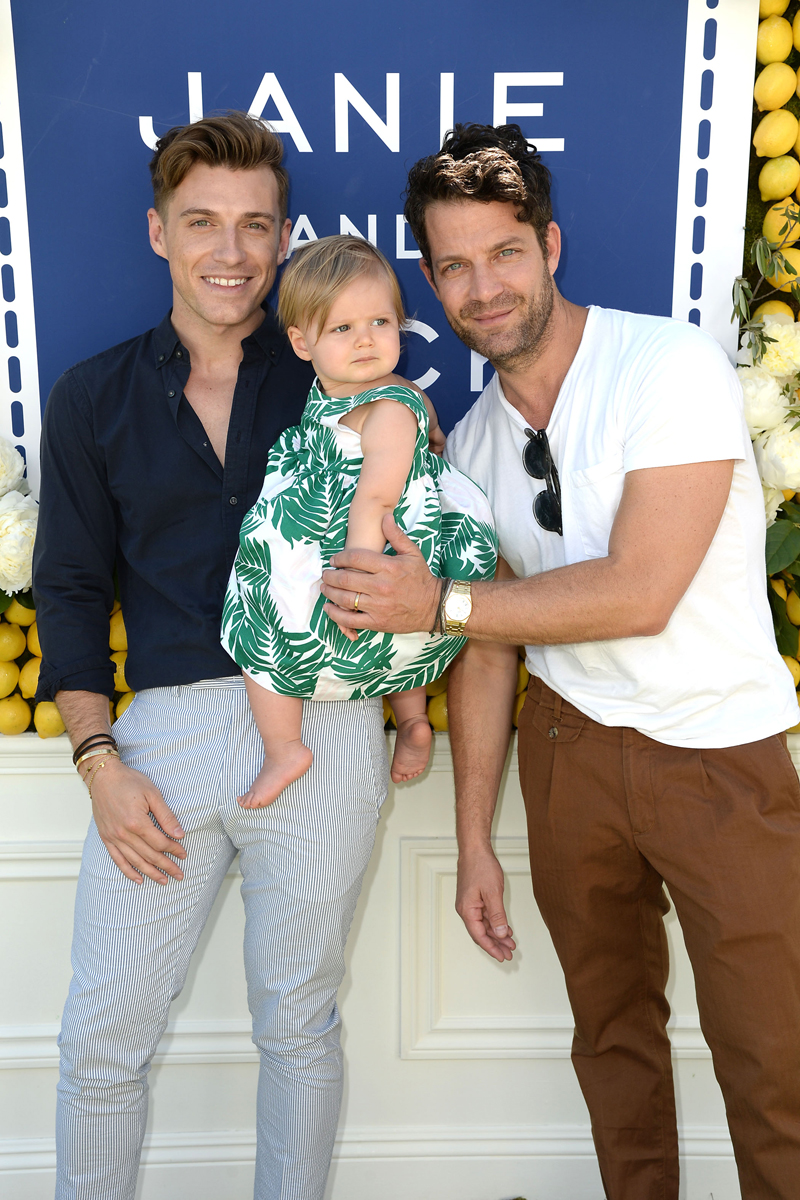 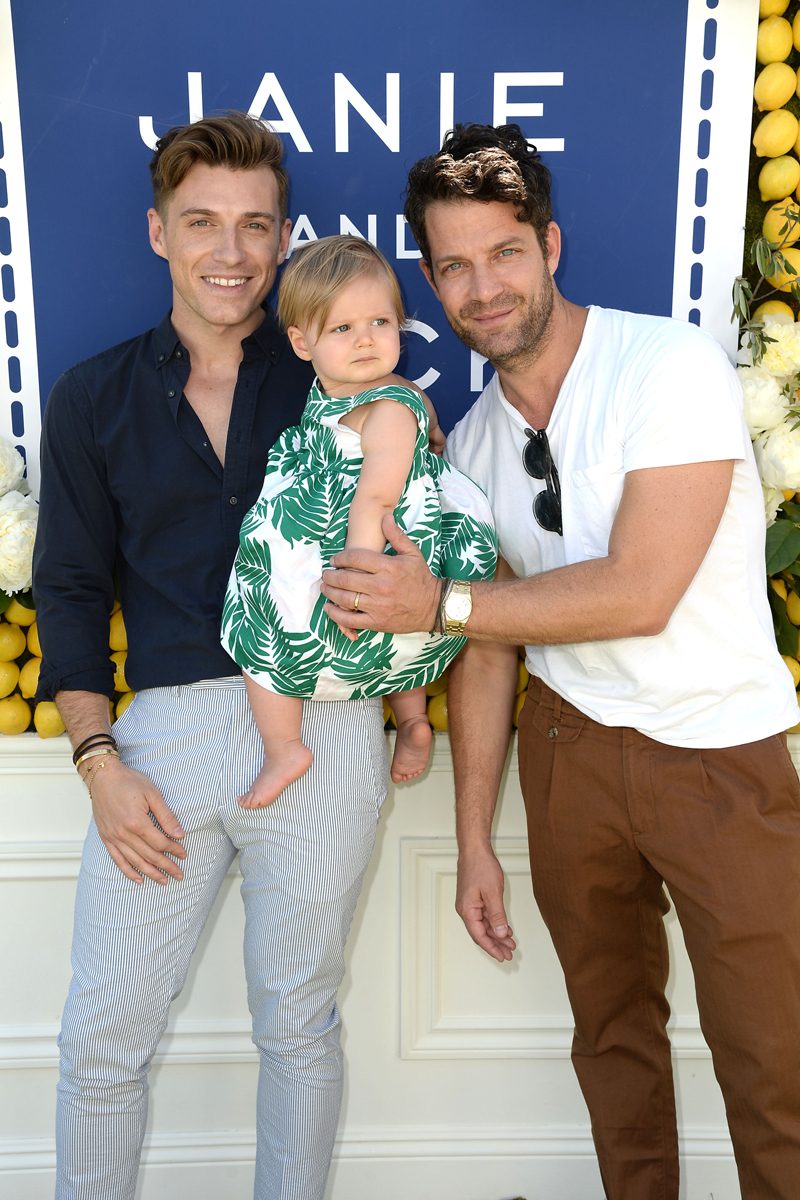 Spotted on mini chicsters like Jessica Alba’s and Hilaria Baldwin’s tots, Janie and Jack celebrated its Summer 2016 collection at The London West Hollywood, which was co-hosted by interior designer Jeremiah Brent, who was joined by husband Nate Berkus and the star of the event, their 1-year-old daughter Poppy. A crew of parents and kids joined, including Busy Philipps and kids Birdie and Cricket and Tia Mowry and her son Cree, who enjoyed kid-friendly water activities, flower crown-decorating, and tunes by DJ Daisy O’Dell. We caught up with Jeremiah about what he’s loving in the new collection and life as a new-ish dad.

How has your design aesthetic translated to what you look for in children’s clothes and how you dress Poppy?
I really believe a successful life is one that is curated and the idea of it really being a collection of things, travels, and experiences, which translates to my wardrobe and also my daughter’s. So the thing I like about Janie and Jack is you can go in there and curate your closet. It doesn’t have to feel like all matchy-matchy, and we can mix it up and give Poppy her own personality. And it’s fun. It takes a lot of the guessing work out of it. 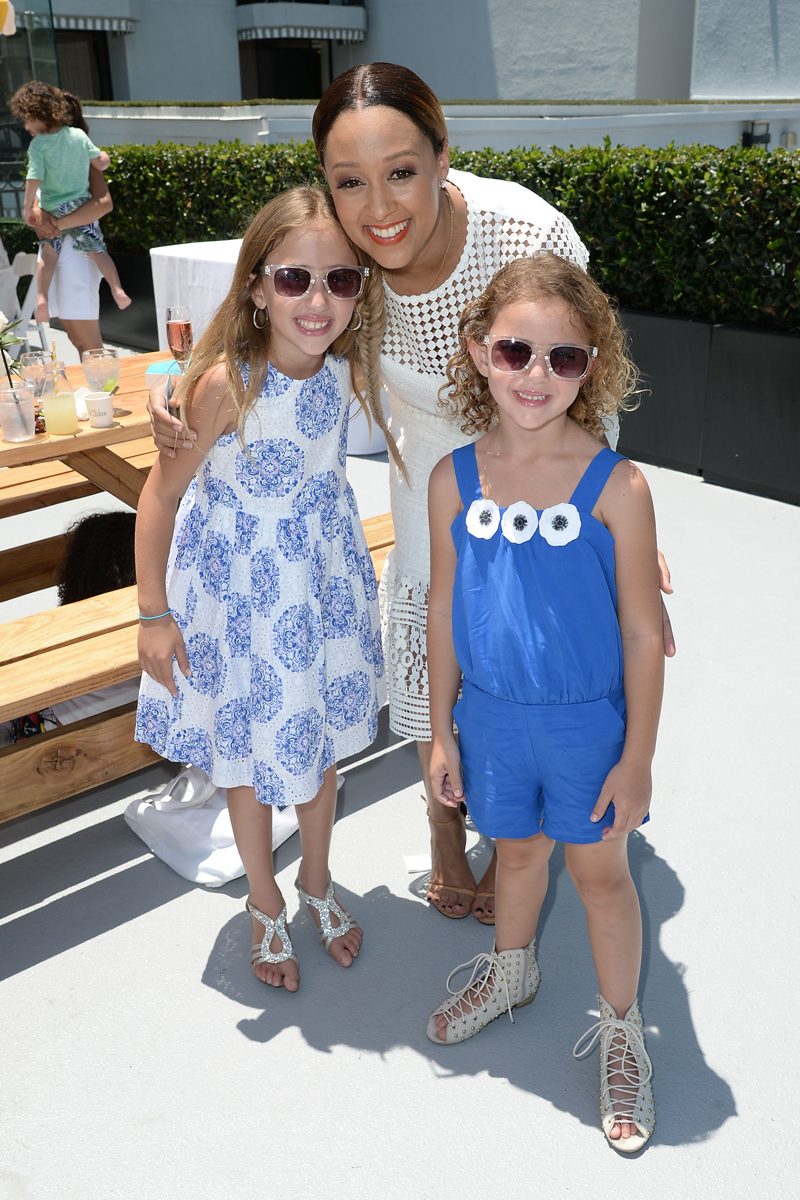 What was the most challenging aspect, as a new dad, of learning how to dress a little girl?
Everything. Every part of dressing a little girl has been challenging because in my own personal life I dress like a bank-robbing ninja with very drapey clothes. I remember the first couple months my mom saying, ‘You can’t dress her like that, she looks like a boy, you can’t put her in that.’ So I’ve been experimenting with color, and prints have been really hard, so finding a brand like Janie and Jack that takes the guessing work out of it for you has been really nice because you can honestly go in and mix and match and know it’s going to look good. I wasn’t pulling a pink dress in the beginning, but now I am. I’m very proud of myself.

What three pieces from the Janie and Jack summer collection will your daughter be living in this summer?
She’s obsessed with the Janie and Jack flamingo bathing suit and getting her out of it is nearly impossible. She loves being in the pool in the bathing suit…all their swim is really standout. I also love their dresses because she can still crawl around and get messy in them but they are so pretty with really clean lines, and she’s been wearing the palm print dress with the leaves since the moment we got it. They’re great, and washable too, which is the trick. She won’t let me put a tie in her hair, which is why it’s always swooped to the side, but sometimes she’ll let me get away with a hat so I also love the big Janie and Jack sunbrella hat. But usually anything in hair is off limits.

What’s the next big project on the horizon? Are you going to do more with fashion?
Nate and I have our television show that’s going to premiere January of next year, but the pilot will air this year. I’m hosting “Home Made Simple” again for another season. I just opened up my second design office here in LA, the other one is in NY still. I’m just kind of acclimating to what life is now and we’re starting the conversation about baby number two, so between all of that I’m done, I’m fine.