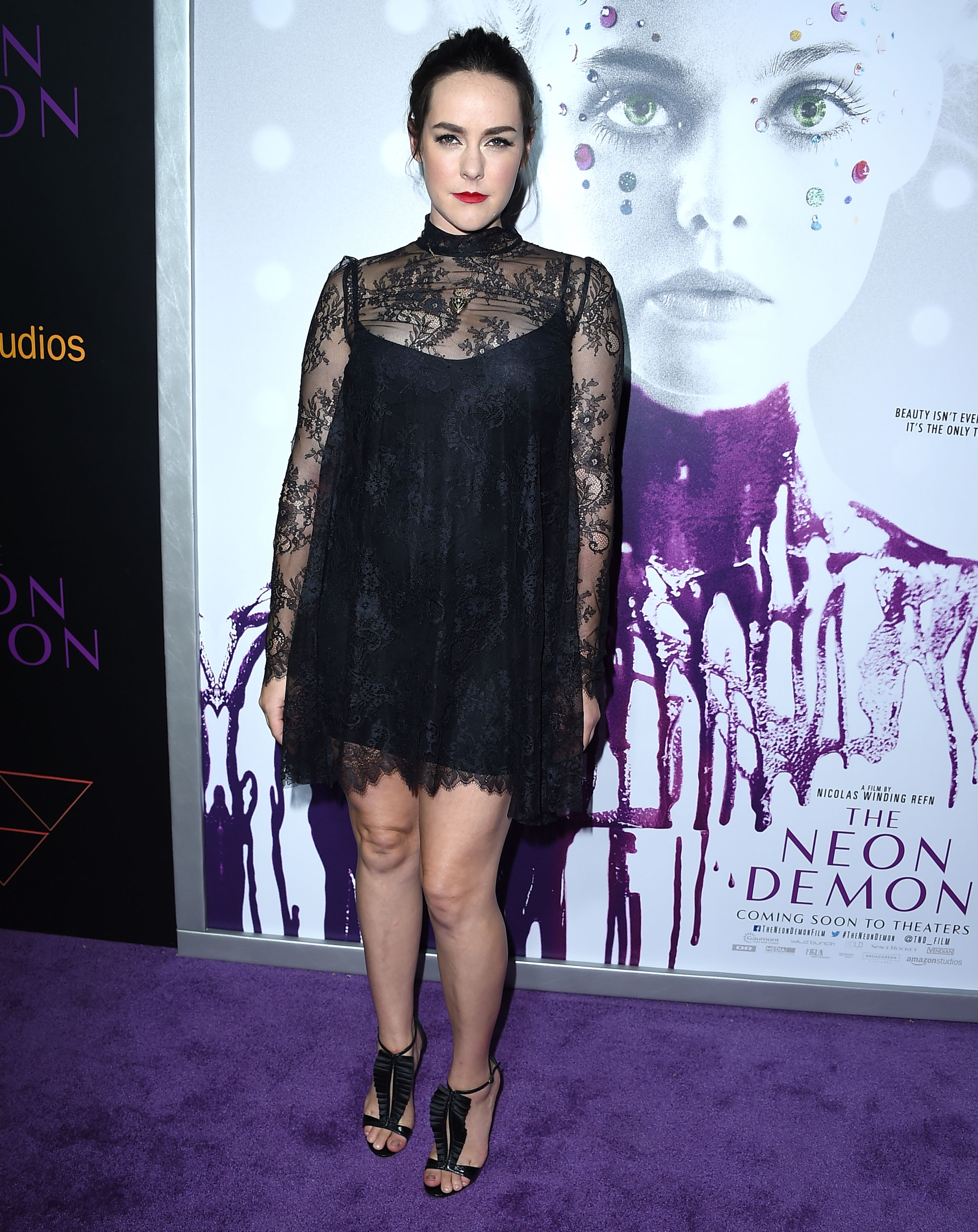 Jena Malone at the Premiere Of Amazon's "The Neon Demon"

Starring opposite Elle Fanning in the latest thriller “The Neon Demon,” we got the scoop from Jena Malone on her latest role as Ruby and how she feels about the flick…

What has your relationship been like with beauty and the industry?
Everyone has their own story and path of beauty, whether you live in Hollywood or not. There are so many rites of passage on what you’re supposed to like. I’m lucky enough to be stubborn and was more of a rebel. When I was 16, I was doing covers of magazines with no makeup and was very much a tomboy and wanting to maintain my own identity. It’s beautiful because it allowed me to become a woman and have my own relationship with beauty, but you still feel kind of pressured to look a certain way and wear certain things.

Did that change as you got older?
I slowly started wearing makeup and figured out what I wanted and what I was drawn to. Now, I love it! I wear makeup and dresses and jeans. Sometimes I don’t brush my hair and sometimes I want to spend two to three hours in hair and makeup to transform into a different version of myself. Since I wasn’t able to conform, I was able to find my own way.

Who does your makeup now?
My best friend, Jennette McCurdy, does all my makeup. We’ve been working together for two years… maybe longer! I actually used her kit for the film; I used it on myself and on Elle. It was pretty much all we needed.

What were your thoughts on the film’s interpretation of the fashion industry?
I guess condemning is a pretty intense word… if anything it’s a fable. It’s much more of a fairy tale fable than a docu-drama. He [director Nicolas Winding Refn] doesn’t create a realistic world. It’s mythical in its approach; having these three women, two models and Ruby’s character, it’s the trio you see in every story. Then there are the wise men, thieves, and Shakespeare’s chorus. They’re always kind of telling you what’s happening. I think it creates a myth out of beauty, which allows us to look at it in a different kind of non-personal way. To me, the film is not about the fashion world, LA, or Hollywood. It’s kind of like saying that Rosemary’s Baby is what it’s like to be a mom. It’s a horror film! That’s not what it’s like.

Did it change your view on the beauty industry?
Not really about the beauty industry; what it changed was my relationship to beauty. The narcissism, how I relate to beauty and express my image to the outer world via Instagram, Twitter, Facebook…all these new things that we’re so obsessed with. If anything that’s what the film made me question.

Were there any difficult scenes to film?
There was nothing that was that crazy… Nicolas creates a great environment on set so it’s very easy for an actor to do their job. You feel very supported. If there’s anything that troubles someone it would be the actors.

What has your relationship been like with the fashion industry?
As an actor you have relationships with fashion houses. You have a relationship with fashion because your body is something that you’re presenting. I have professional hair and makeup teams and a stylist who asks me how many pictures are being taken of me and how my image is being perceived.

Tell us more!
There’s a lot that’s manufactured in a way, but what I like about that is it’s very obvious! I’m wearing a gown I could never afford. I have my hair and makeup done, and I look like I’ve never looked before in my life. That’s why it’s less scary to me. But what isn’t as obvious, are the teenage girls in Kentucky that are doing backwoods knife surgeries on their noses to replicate things done in LA. Or it’s the 80 year old women doing face-lifts in South America without a real surgeon. That’s what’s hidden, that’s the darker side no one talks about. It’s not out in the open. Its people who are living closeted fantasies, wanting what they don’t have and that’s the dangerous aspect. Hollywood, at least, it’s obvious how fake it is.