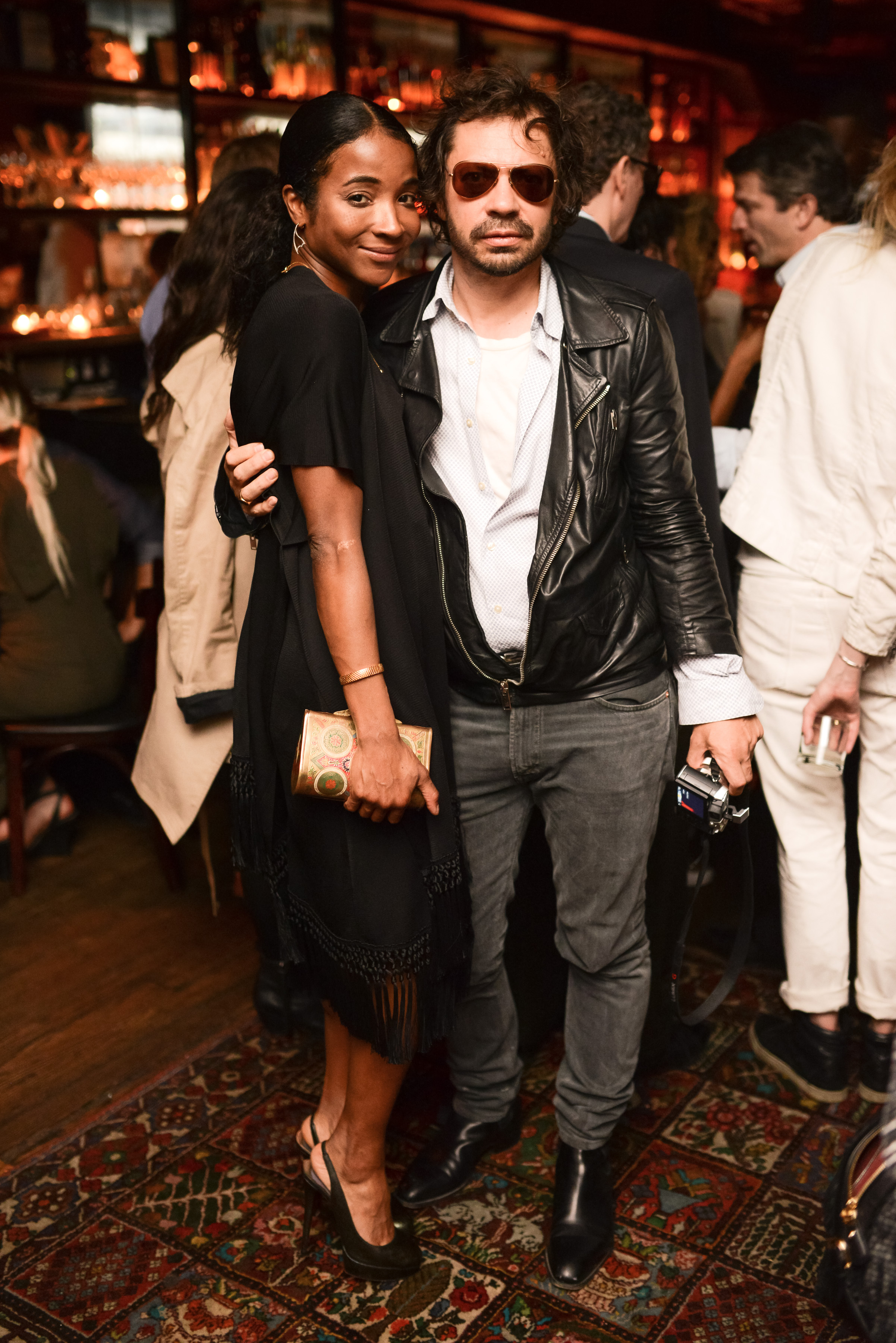 Have you heard? The JC de Castelbajac team is in New York for the first time ever, to show off their Resort 2015 collection. Last night, the label hosted a celebration for their chic in-between collection, following a presentation at Milk Studios. The cocktail hour was hosted at the fash pack’s go-to watering hole, Acme. The bash brought out Athena Calderone, Casey Neistat, Genevieve Jones, Olivier Zahm, Brandee Brown, Gigi Burris, and Chelsea Leyland. Overheard at the start of the evening? This toast: “Here’s to love and unity, dark corners and opportunity.”

The vibe was lighthearted, pairing well with the collection’s spirited nature. An array of hors d’oeuvres were on offer, including petit filet, duck confit, and butternut squash tacos with chevre, circulated the resto’s underground bar. Additionally, there were grapefruit and prosecco cocktails named JCDC that were almost as popular as the man for which it was named. DJ Harley Viera-Newton set the evening to an eclectic array of music that kicked into high gear as the clock struck 10 p.m., and the casual event turned up the ‘tude a notch or two. If this event is any indication of the June to come, we’re in for a summer replete with haute couture, haute cuisine, and haute cocktails. Flip through the gallery to see all the Resort looks, too!

Mixing It Up With Lifestyle Guru Athena...

Golden Edit Is the Answer to All...