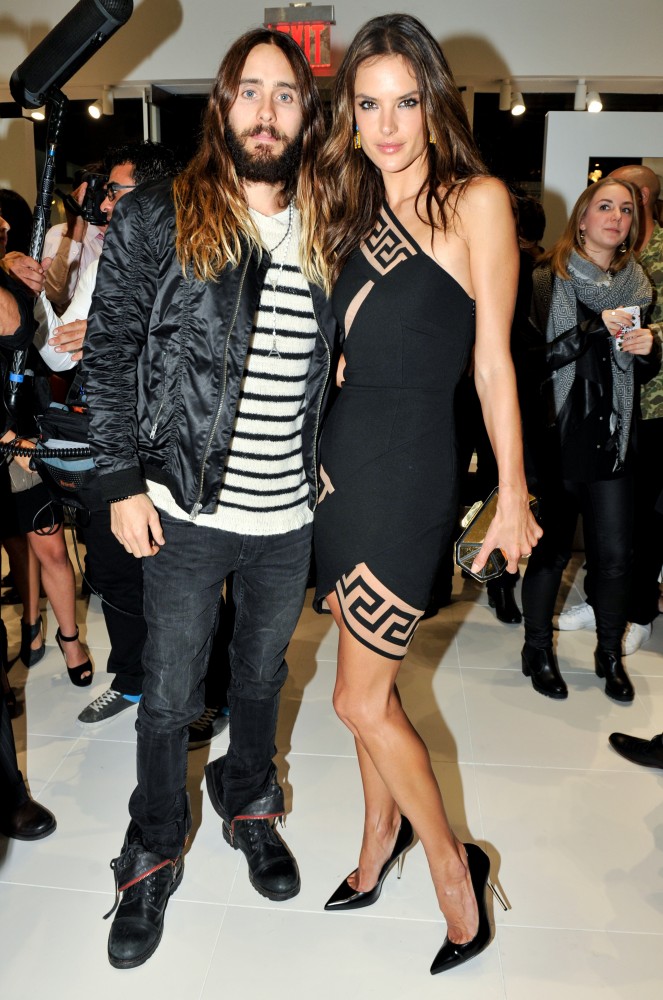 RIMOWA opened up its new flagship store on Madison Avenue last night. The walls were, of course, lined with the brand’s jetsetter-adored luggage, including a limited edition set of Neville Wakefield-designed items, and the shindig brought out a similar jetset crowd. Jared Leto showed off some long ombré locks that were remarkably similar to the tresses of the evening’s hostess, Alessandra Ambrosio. “I can’t tell who’s who,” a photographer quipped about Leto and Ambrosio’s locks.

Where is the Victoria’s Secret Angel taking her RIMOWA bag? “It really depends! My profession is to travel,” Ambrosio told The Daily. “I was just in Dubai and Australia. I like interesting places. I’m always between N.Y. and L.A., so I like exotic places. I love the Caribbean and St. Barths, so it really depends where my job takes me, but it’s always a new adventure.” The bombshell also cut a cake in the shape of a signature silver RIMOWA bag alongside the brand’s CEO, Dieter Morszeck, just before Jeremy Piven waltzed in as a late arrival. Leto had already left to join his friends for dinner at Casa Lever, but fellow guests still attendance to greet Piven included Charlotte Ronson, Alex Lundqvist, and Johannes Huebl.

Jeff Koons And H&M Team Up For A Second Collab