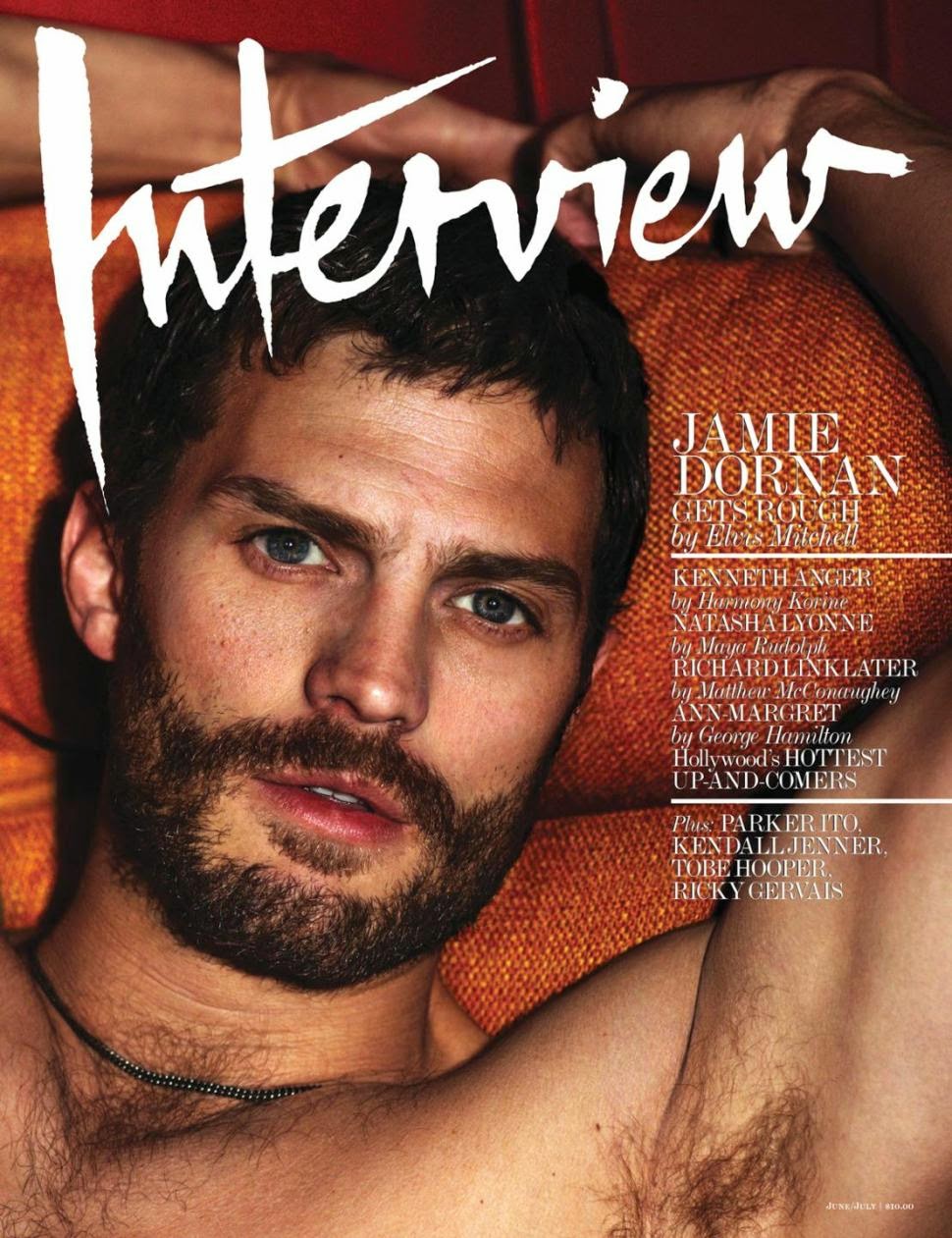 Jamie Dornan covers the latest issue of Interview in a shot by Mert Alas and Marcus Piggot. Inside the former Calvin Klein underwear model and star of the film adaption of Fifty Shades of Grey tells Elvis Mitchell that he doesn’t dig his bod. “I don’t like my physique,” he says. “Who does? I was a skinny guy growing up, and I still feel like that same skinny kid.” Inside Keith Pollock and the gang at Interview know that he’s in the minority and made sure there’s plenty of Dornan flesh to go around. The mag also puts a Kardashian on the cover (sort of) with Kendall Jenner‘s name amongst Ricky Gervais, Natasha Lyonne, and Tobe Hopper. 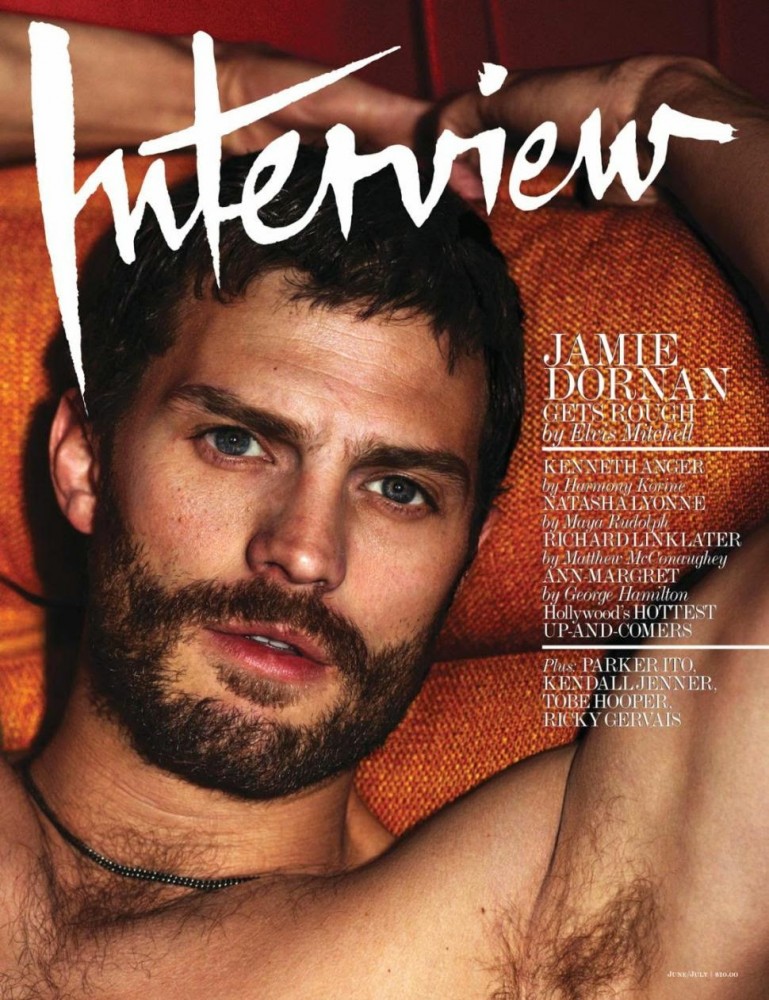 Why Did Lindsay Lohan Miss This Year’s Life Ball?