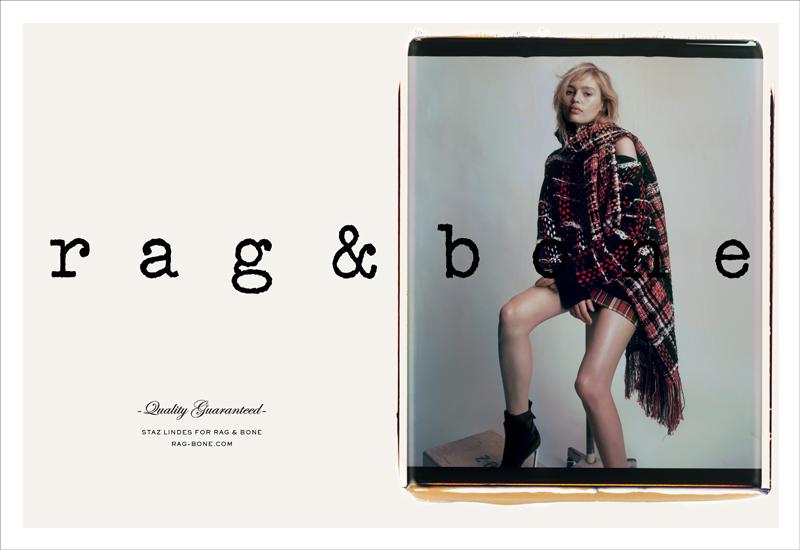 Rag & Bone is mixing things up for its Fall 2017 campaign. While Glen Luchford was lensing portraits for the Fall 2017 Portrait Series (which exhibited during NYFW in February), Mark Lebon documented the whole process on video. The result: a patchwork of behind-the-scenes clips spotlighting an eclectic cast of personalities, including actress Jaimie Alexander, model Lottie Moss, musician/model Staz Lindes, and model Selah Marley. The shoot took place over two days and featured over 70 people.

“This project was really a labor of love; celebrating those who inspire us and allowing them to express their individuality through rag & bone clothing,” said Marcus Wainwright, Rag & Bone CEO, founder, and creative director. “We didn’t dictate—but instead gave them the power to style themselves, and it was pretty amazing to see how it all came together. This kind of true collaboration is something inherent to the world of rag & bone; you never know what the result will be, but when we work with such incredible people, it is generally very rewarding.”

The images will run in select print publications starting in September. Get a sneak peek, below.

Rita Shukhman Joins MCM as VP of Marketing and Communication

Gretchen Maull on Handbags, the Hamptons, and Beyond!