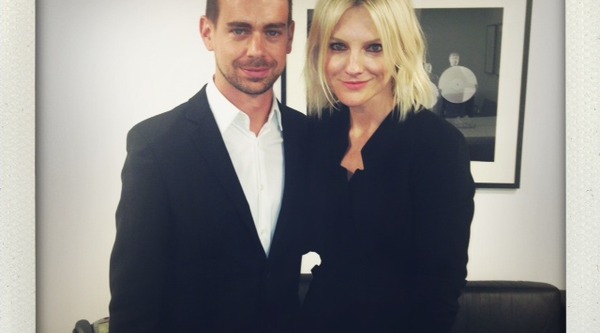 (NEW YORK) Jack Dorsey shared a slew of anecdotes on Wednesday about founding Twitter, Square, and an intriguing set of extracurricular interests (some of the fashion variety) with Harper’s Bazaar editor Laura Brown at a Hearst Masterclass afternoon chat. We won’t attempt to cram Dorsey’s most delicious morsels into 140 characters, but here are a few takeaways worth sharing! Some are fresh, some bode interesting enough for a retelling, and all in all, the quippy banter between the interviewer and interviewee made for a parfait lunch break. Just imagine what life would be like if Dorsey had gone into denim production or very niche massage therapy in lieu of inventing the grand Twittersphere.
BY ALEXANDRA ILYASHOV

Firstly, the fashion tidbits…
1. Dorsey adores denim! Like, a lot. “I’ve always been in love with jeans: I’ve kept a journal since I was 14 years old. Denim has a natural journaling quality.”

A Different Kind Of Chic Set