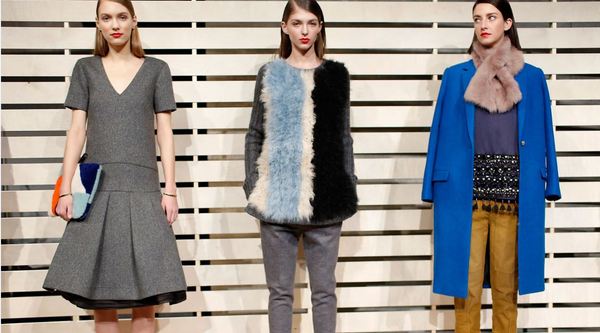 (NEW YORK) J. Crew might be one step closer to an IPO, as Japan’s Fast Retailing Co Ltd has decided not to purchase the retailer following weeks of discussions. As for why the sale didn’t get completed? J. Crew’s $5 billion price tag was a bit too high for Fast Retailing. That hefty number was calculated by multiplying the label’s earnings by 13.5, before items like interest, taxes, depreciation, and amortization are factored in. Fast Retailing is the parent company of brands like Theory, J Brand, and Uniqlo, the latter of which is currently on a quest towards further global expansion. J. Crew currently has 451 stores, most of which are stateside, but they have been slowly expanding internationally with a handful of Canadian locations and three shops in the U.K. While creative director Jenna Lyons has been a pivotal force in reimagining the label’s casual approach to clothing and introducing high-end collaborations, recent growth for the brand has hit a slow patch.

It’s speculated that Mickey Drexler, J. Crew’s chairman and CEO, has been in talks with Goldman Sachs to take the company public, yet again. J. Crew already has publicly held debt and files its financials with the Securities and Exchange Commission. The retailer first went public in 2006, with the aim of raising $320 million to pay back debts, but went private again in 2011 through a $3 billion dollar purchase by TPG Capital LP and Leonard Green & Partners. However, Fast Retailing isn’t completely out of the picture yet, so the possibility remains that the two companies will revisit their prior conversations.