It Girl Alert! Chatting Up Dylan Penn In Paris 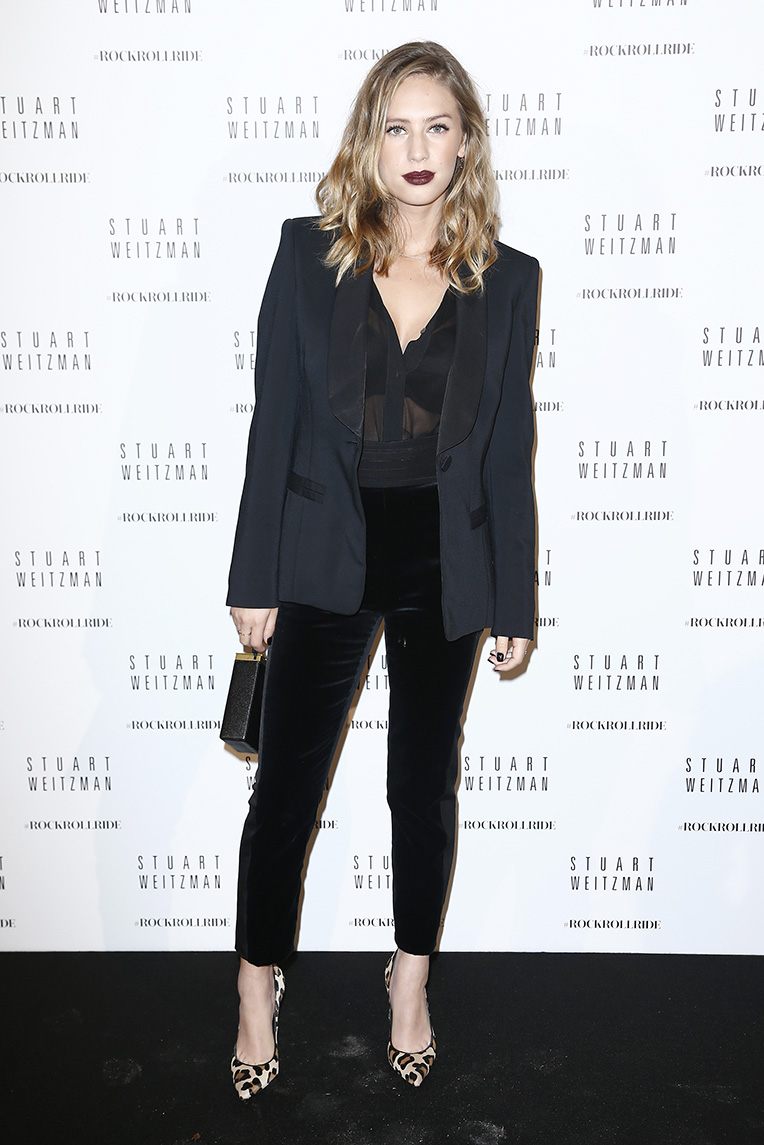 Who is Hollywood’s next big “it” girl? Dylan Penn, the lovely daughter of Robin Wright and Sean Penn, is beginning to make her mark in fashion and beyond. Starring alongside Poppy Delevingne in Julia Restoin Roitfeld’s Rock Roll Ride, a short film for Stuart Weitzman, Penn stars in front of the camera, but she really wants to be behind the lens. Penn is poised to be the next big thing thanks to this campaign…and a request by Anna Wintour herself to appear in an upcoming shoot to model clothing for designer Tanya Taylor. She’ll also be the subject of a Vogue Italia shoot with photographer Michel Comte this December. Did we mention it’s only her first time at the Paris shows?

Welcome to Paris Fashion Week! What do you think of it all?
It’s great! I think while I’m here I really want to do some touristy things. I have some friends with me who have never been to Paris before, so I’m really excited to show them all the sites and go to cafés late at night and get drunk and pretend like I’m French.

What is your next project after this film?
I just got shot for American Vogue. They shot me for a CFDA package in designer Tanya Taylor’s clothing. I didn’t know her work before. She’s a great woman and an amazing designer. The dress I wore for the shoot was so cute and so comfortable. It was like a stretchy black cocktail dress that felt like wet suit material and it had very thin spaghetti straps with a flowery pattern. It had neon colors.

Is this your first campaign film for a brand?
It’s my second. I did one for Karen Millen a couple of months back. But this is very different; it was more intimate.

What was it like working with Julia and Poppy?
It was a total dream. It was way more than I expected. I met Julia the day before we started shooting, and I met Poppy the morning of. I felt really comfortable with them. You know, I don’t consider myself an actress, so it was really nerve wracking!

So you don’t want to follow in your parent’s footsteps and go into film?
I’d like to be behind the camera.

What’s your fave film of all time?
I love anything from Raging Bull to Annie Hall.

Are those the kind of films you would like to direct one day?
Something like Annie Hall, for sure. I like anything about relationship dynamics between people and family and f*cked-up relationships. I love that; I think anyone can relate.

Were you always into fashion?
No, never. I’m always the type to just wear whatever is comfortable, like jeans, a T-shirt, and Converses every day. [Modeling] kind of just came about because I needed to make money, but I’m passionate about working with creative people like these two powerful women. It’s great to work with a female director. It’s so rare.

Did you snag a pair of Stuart Weitzman shoes after the film?
They gave me high-heeled knee-high suede boots. I wear them literally every time I go out. I never dress up, but they’re so comfortable and so sexy. I love them.

Jennifer Aniston Has Made More From Endorsements...

6 Things You Probably Didn’t Know About...