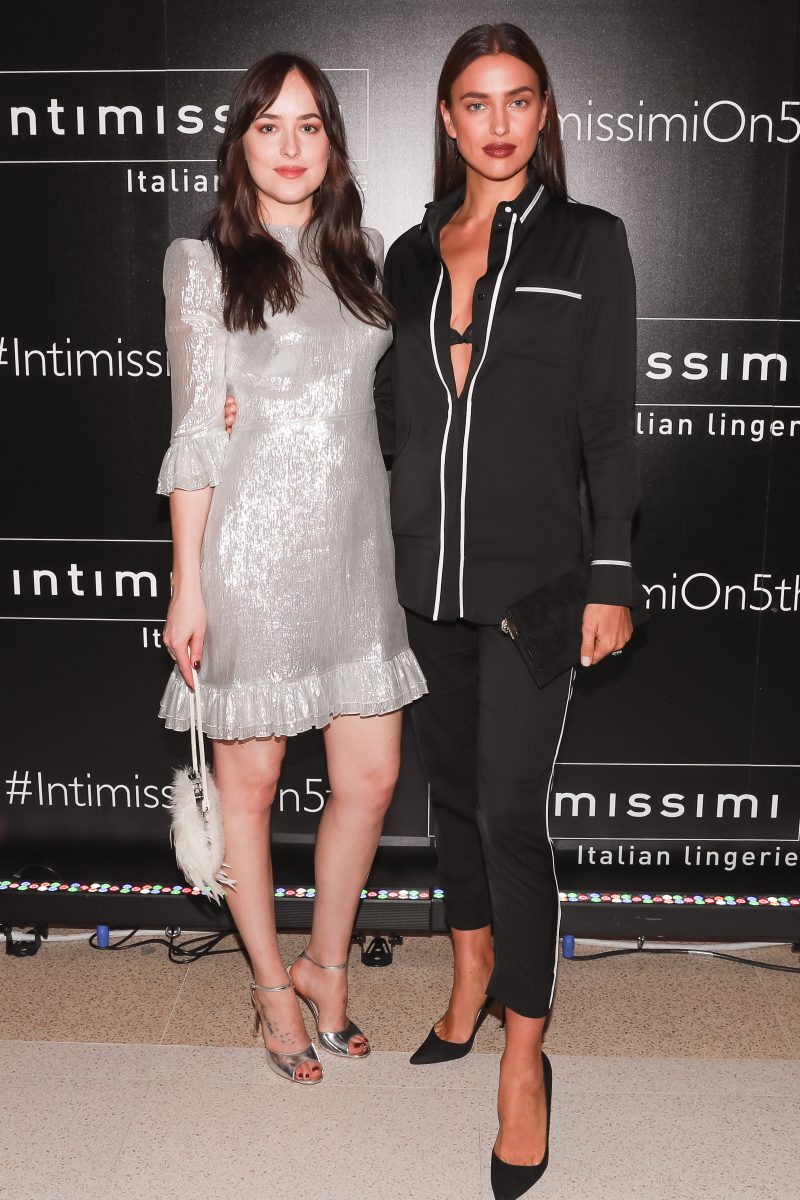 Italian lingerie brand Intimissimi has officially launched stateside. Longtime brand ambassador Irina Shayk, along with Sarah Jessica Parker, Dakota Johnson, Ana Ivanovic, and Ella Mills hosted the opening of the new 5,400-square-foot boutique at 601 Fifth Avenue. Earlier this month, Shayk and Ivanovic were in Intimissimi’s hometown of Verona, Italy to celebrate the brand’s annual to-do, Intimissimi on Ice in Verona’s ancient Roman colosseum. Parker arrived fashionably late from her West Village abode as the paparazzi anxiously awaited her arrival. The actress arrived in an Oscar de la Renta ensemble that included a sheer white lace top revealing a black Intimissimi bra underneath and a black lace skirt. Shayk meanwhile arrived in a silk black pajama set with white piping that revealed just a hint of black lace Intimissimi bra. However, Dakota Johnson kept her lingerie under wraps and came in a silver lamé dress up to the neck. Who can blame her? The Fifty Shade of Grey actress has had more than her fill of skin revealing moments.

The New York City flagship is the first of what the brand plans to many U.S. retail locations as it plans to make its mark stateside and Irina Shayk and Dakota Johnson’s campaign images are already painting the town from the subway stations to the billboards in Times Square.

“We never wanted to rush into a market before we felt we were ready,” said Sandro Veronesi, founder and president of Calzedonia Group, Intimissimi’s parent company, in a statement. “We feel now is the time for us to expand across to the U.S.—we’ve found the right location, and are ready to make a splash.”

What To Do For Halloween? The Parties!

With Gillian the party is more beautiful.