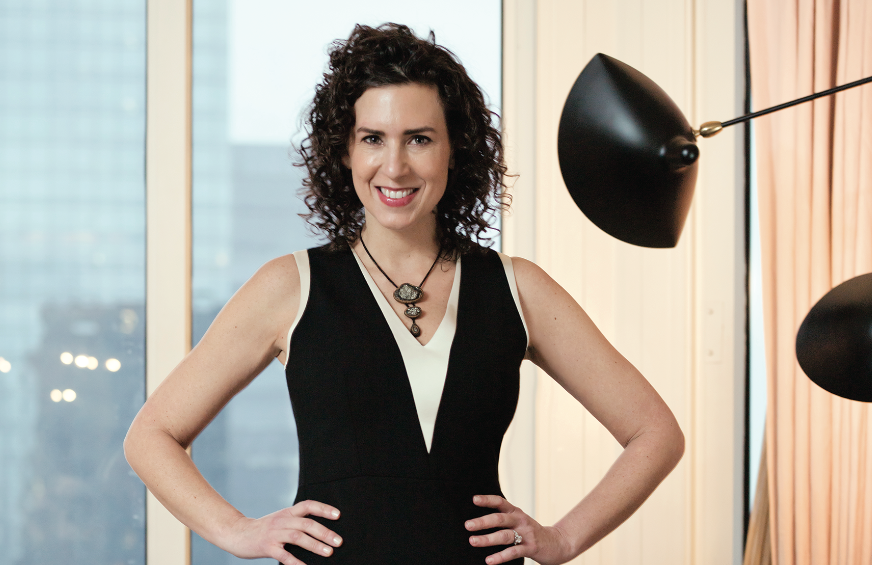 For Prabal Gurung, Rodarte, and Rag & Bone, only the very best runway skivvies will do. Enter Commando, the invisible, raw-cut underwear that finishes off even the most seam-averse looks. From her studio in Vermont, founder and CEO Kerry O’Brien dishes on how her underpinnings became a fashion darling, from the catwalk to the tapis rouge.

Which came first: the runway or the red carpet?
Stylists discovered Commando from the very beginning, and in a very organic way began using it for the red carpet. Commando then caught on fire for Fashion Week.

Who were your earliest adopters?
Jennifer Lopez, Jessica Alba, and Amy Adams. Recently, Emily Blunt was photographed in Vogue with one of our slips visible, and Emma Watson just talked about our underwear as an important part of the stylist’s kit. We also work with top stylists including Kate Young, Erin Walsh, Brad Goreski, Petra Flannery, and Cristina Ehrlich.

And now, how many runway designers are Commando devotees?
On average, we’ll take part in 30 runway shows each season.

Who was the first designer to use Commando undies on the catwalk?
Prabal Gurung was one of the first. We’ve been working with Lela Rose, Rebecca Minkoff, Milly, Tibi, Monique Lhuillier, and Nicole Miller for a long time, as well.

When did you realize that your underpinnings were a Fashion Week staple?
When my Fashion GPS was completely filled with invitations, and I went from hoping that the underwear was invisible under the clothes to being thrilled that it’s styled as part of the look. Michelle Smith from Milly used our half-slip as the skirt to a coat she was styling last season, and Rebecca Minkoff has used high-rise panties, slips, hosiery, and bralettes in a visible way on the runway in seasons past.

Do you create custom Commando pieces for runway shows?
The Rodarte designers love our underwear, and one season, we created a number of different colors so that the panties could be perfectly styled with each dress.

Which other Commando tools do designers rely on?
Our Matchsticks double-stick tape and our Low Beams nipple concealers.

Commando’s turning 10 this year. Any celebrations in store?
There will be plenty of celebrations, and we’re launching a sleepwear line. We’re also developing the Fashion Icon Thong, a nude thong with crystals on it that celebrates the one worn by Rihanna under her Swarovski-encrusted dress, designed by Adam Selman, at the CFDA Awards.

Do you have a keen eye for underwear catastrophes?
All my friends are on high alert, because I’m not afraid to tell people when I see panty lines. It’s a professional habit of mine, but I only do it because I can help set them free. I’ve even thought about carrying a whistle around with me to let people know they’re wearing the wrong undergarments.

What drew you to Vermont?
I lived in New York City for a long time, but I’m here because I’m a fourth-generation Vermonter and I love this state. People live here because of the quality of life, plus there are a lot of interesting people around. Tata Harper creates her beauty line up here, and about six years ago, when we bought our lake house in Grand Isle, I was thrilled to find out that Karl Lagerfeld has a house there, too. His place is a couple of miles from ours on Lake Champlain, but I’ve seen him a couple of times in the Burlington area. He causes quite a scene in New York or Paris, so just imagine seeing him in a restaurant in Burlington, Vermont.

Did anyone else recognize him?
Most didn’t. He was wearing his usual outfit with a whole entourage; everyone else there was dressed in jeans and a fleece.

So are you also a local celebrity out there?
Oh, gosh. I would never describe myself like that, on any level. I have three sisters, so around here I’m just known as “the underwear one.”