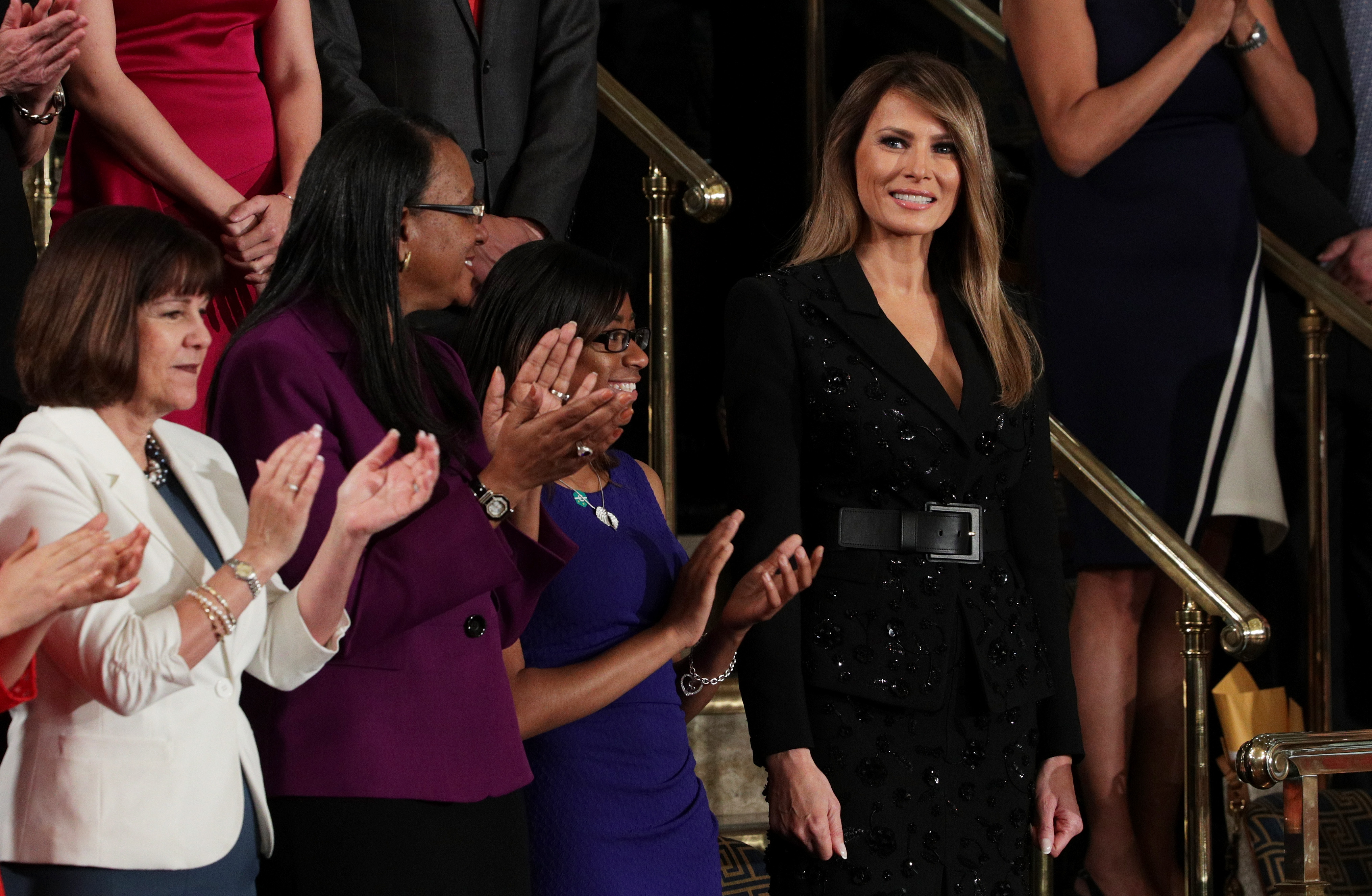 WASHINGTON, DC - FEBRUARY 28: First lady Melania Trump arrives to a joint session of the U.S. Congress with U.S. President Donald Trump on February 28, 2017 in the House chamber of the U.S. Capitol in Washington, DC. Trump's first address to Congress is expected to focus on national security, tax and regulatory reform, the economy, and healthcare. (Photo by Alex Wong/Getty Images)

Katy Perry’s Big Break [The Cut]
…A relationship break, that is! The singer and Orlando Bloom are “taking respectful, loving space at this time” after a year of dating.

Milan Fashion Week Comes to an End: The Best of the Runway

Video! The Daily at Coterie, Day 2

Seriously, I don’t care what they wear. I live for the day they are gone.