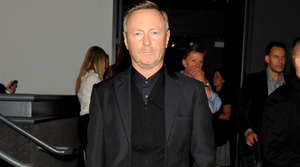 (NEW YORK) The International Woolmark Prize has broadened its horizons this year, opening up competition to the Asian and Indian markets in places like China, Hong Kong, South Korea, Japan, Pakistan, Lebanon and the Middle East. The Prize has decades of history, including a hallowed heyday in the ’50s, and a 2012 relaunch, making this year’s competition the second consecutive round of the Woolmark’s latest iteration.

Over the next two months, judges will make their selections for who will make the cut. The winner will be chose at a finale that will take place during Milan Fashion Week in February, with the winner taking home a hefty $100,000 and a chance to be stocked in high-end retailers like Saks Fifth Avenue, 10 Corso Como, Joyce, Harvey Nichols, and David Jones.

Which American brands are up for the cut? Creatures of the Wind, Altuzzara, Giulietta, Wes Gordon, WHIT, Timo Weiland, Bibhu Mohapatra, Ohne Titel, Daniel Vosovic, and Tucker by Gaby Basora. Last year’s American winner was Sophie Theallet. With such stiff competition in the American market alone, the storied accolade is recouping traction as one of fashion’s most prestigious awards. Where will the Woolmark Prize expand next?

Shot Of The Daily: Alek Wek Gets Her Polo On