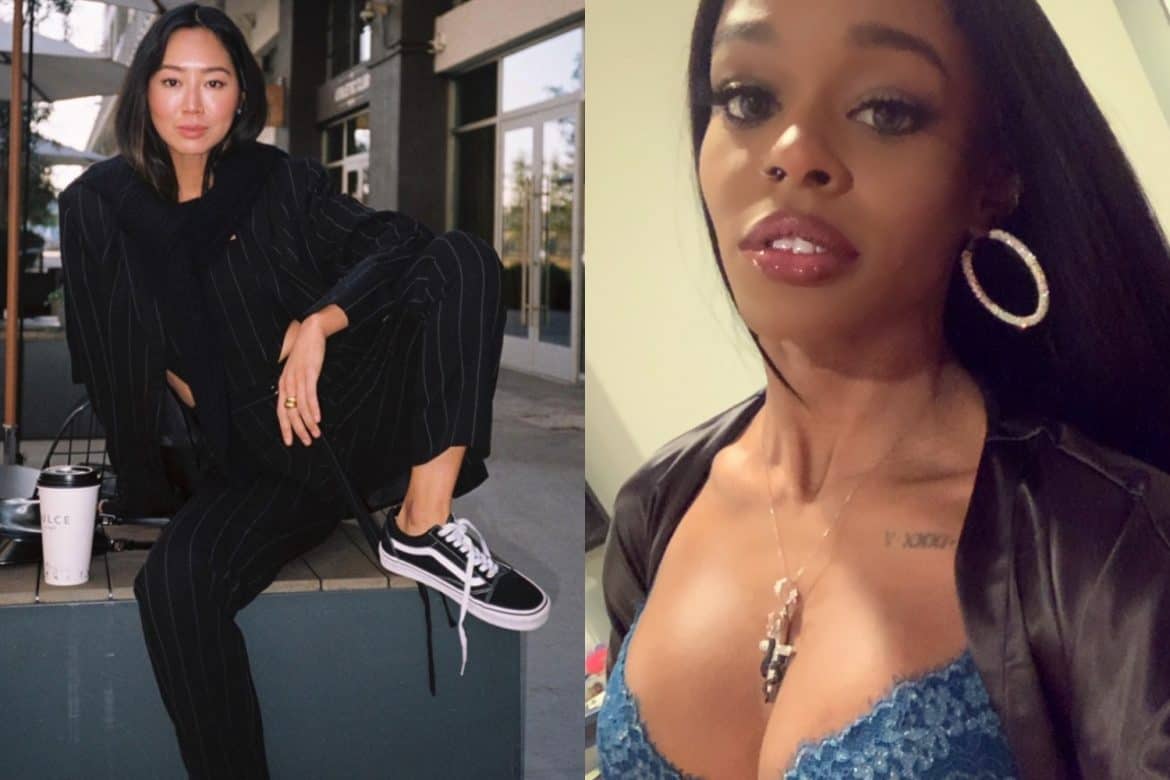 It’s merely the first week of 2021, but the internet is sure coming through with the gossip we didn’t know needed. The latest? OG influencer Aimee Song vs. rapper Azealia Banks. Let’s just say…”It went down in the DMs.”

It all started when Banks (of smash hit ‘212’ fame) called Lana Del Rey “fat girl” last July. It appears that Song took umbrage and rushed to Del Rey’s defense, sending Banks a private message calling her out on being mean. (Curveball: Banks and Del Rey actually have their own deep seated feud going on. Who can keep up!)

Anyway, in now-publicized DMs, Song didn’t hold back when firing off the first message:

And things certainly escalated when Banks called Song (who is Korean) a bitch, loser, cyborg, and “human pashmina”—among many other things. 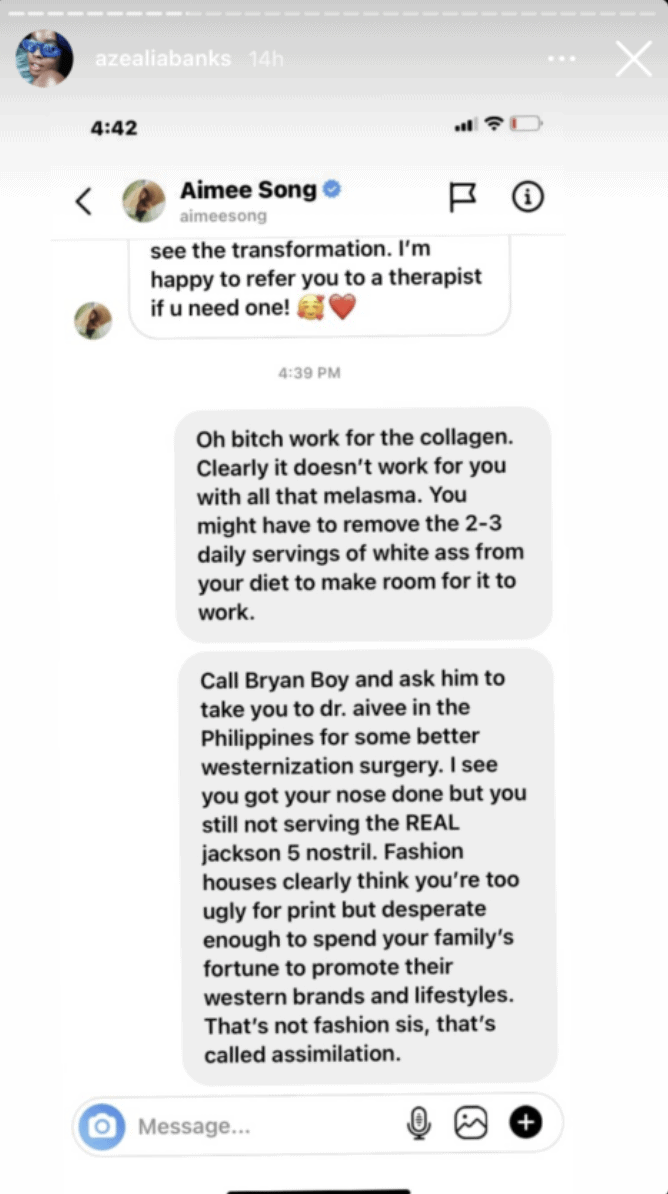 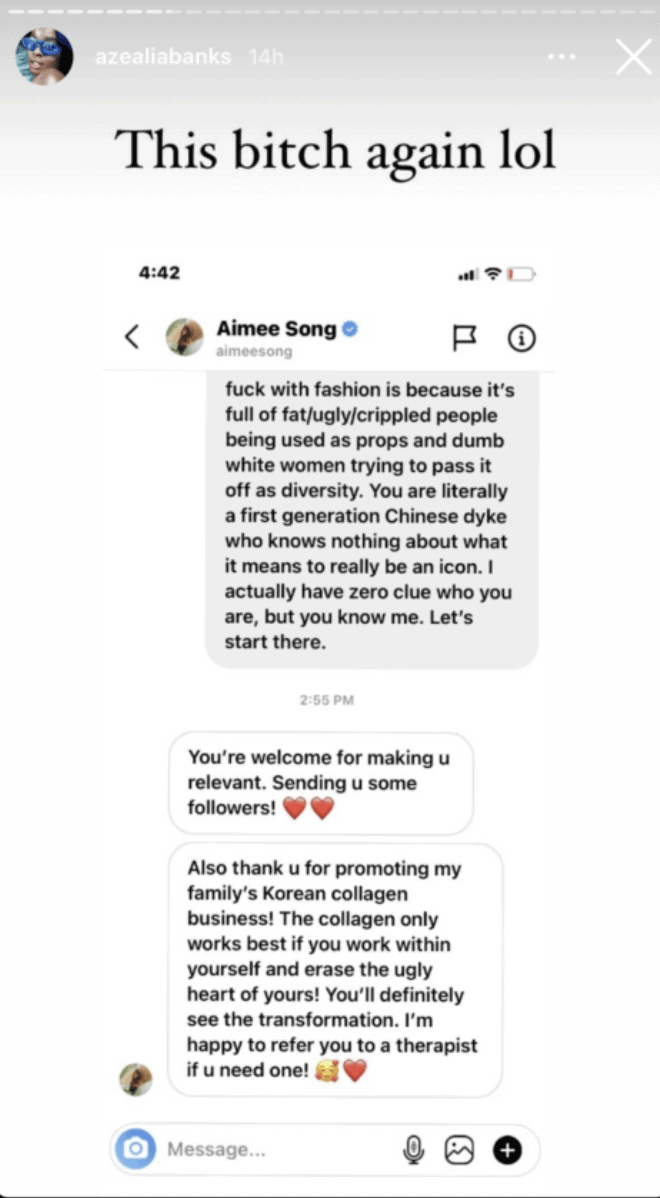 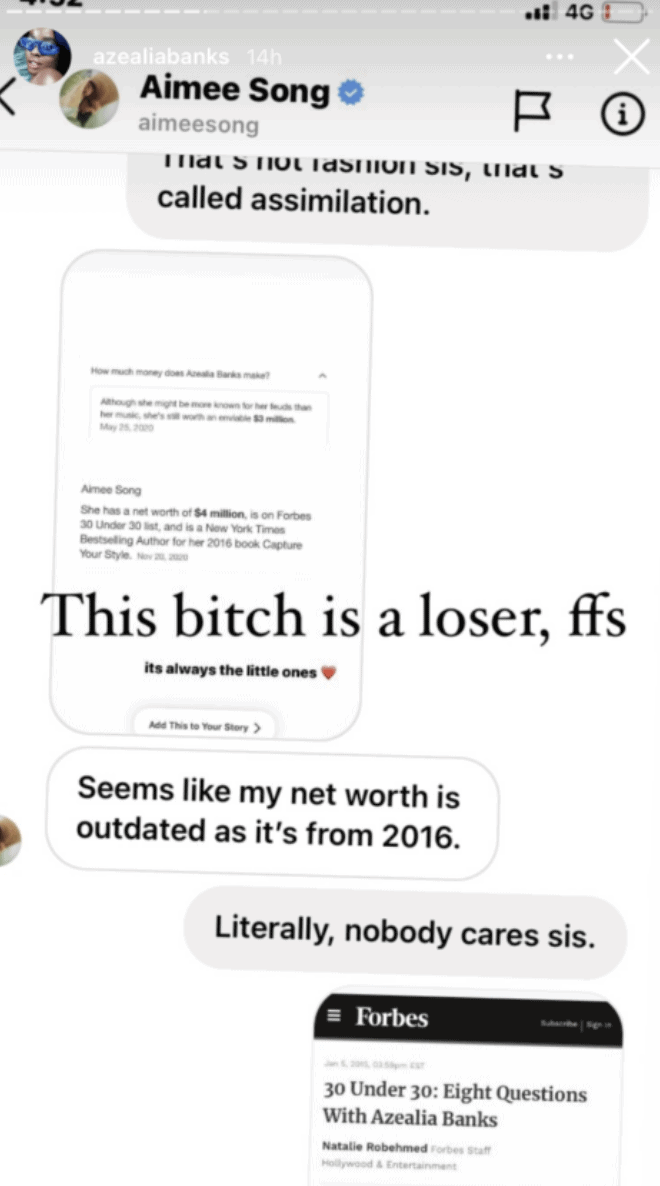 When you thought things couldn’t get weirder, Banks posted a photo of herself with the late Karl Lagerfeld (implying she’d more clout in the fashion world than Song), and concluded with another takedown of the California-based blogger-turned-entrepreneur. Yikes.

If this is the foot we’re starting out on, what bizarre beef will be next?

Why Did Bottega Veneta Leave Instagram (The First Fashion Brand To Ever Do So!)

This Is The Book That Convinced Chrissy Teigen To Get Sober