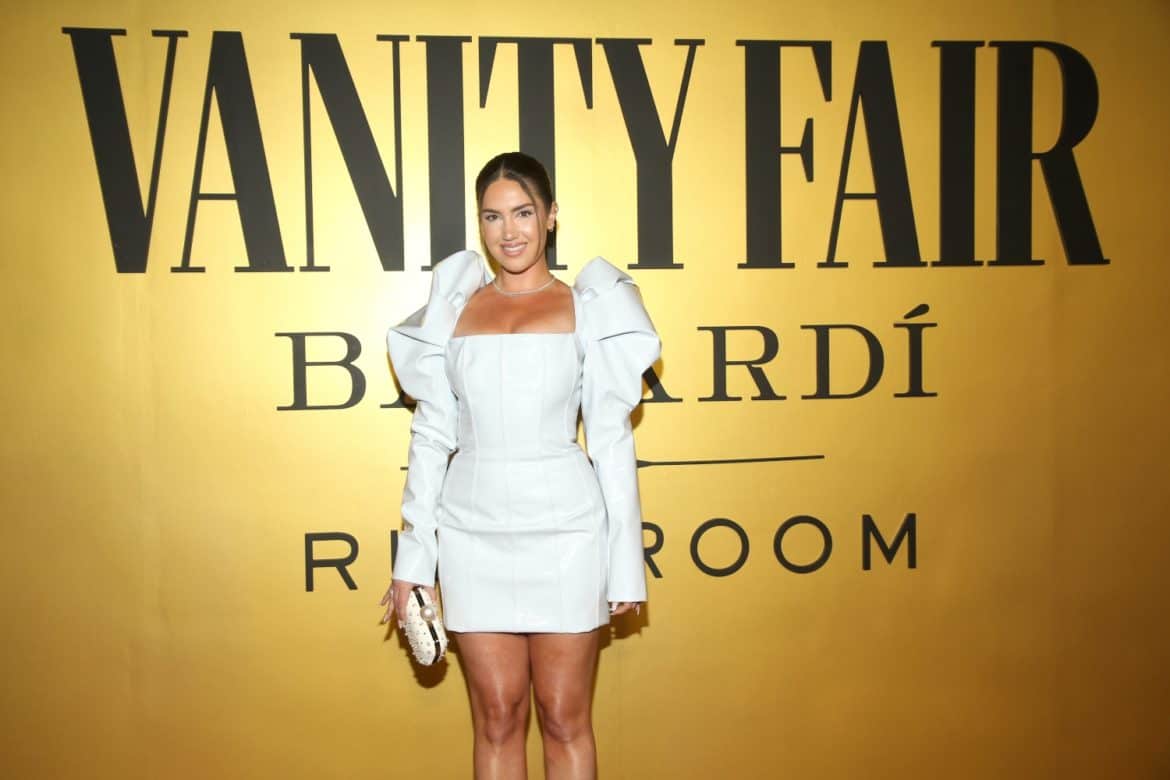 The internet and its influencers can never just keep calm and carry on. The latest to be called out for their behavior is Tinx, the TikTok and Instagram creator known for her ‘big sister’-style advice and her ‘rich mom starter pack’ parodies. It all began when old tweets sent by Tinx, aka Christina Najjar, were unearthed by Sophie Ross, a writer, editor, and notorious ‘influencer whistle blower.’ After Ross wrote about Tinx’ 2012 posts in a now-viral newsletter, she quickly came out to apologize for her actions. Here’s what went down.

The newsletter set the discourse ablaze, to the point where Tinx released a statement about the incident. “About 10 years ago I sent some truly nasty, mean, horrible tweets,” she wrote in a lengthy post shared to Instagram this past weekend. “I called people that I had never met fat, pathetic, and ugly. I even called Kim Kardashian fat which is ironic considering she is my number one idol and person I look up to,” she continues as she mentions the SKIMS mogul by name. She carries on to say that she “f*cked up” and ends the post with “I am very sorry. I am a work in progress.”

To make a long story short, Tinx said some things that she shouldn’t have on a public platform and the court of public opinion is not having a single second of it. Other celebrities who she wrote unfavorably about included Tori Spelling and Lindsay Lohan. The unearthed tweets by Ross showed examples of misogyny, body shaming, xenophobia, and just overall rudeness—not the character traits people expected from their favorite TikTok sister. 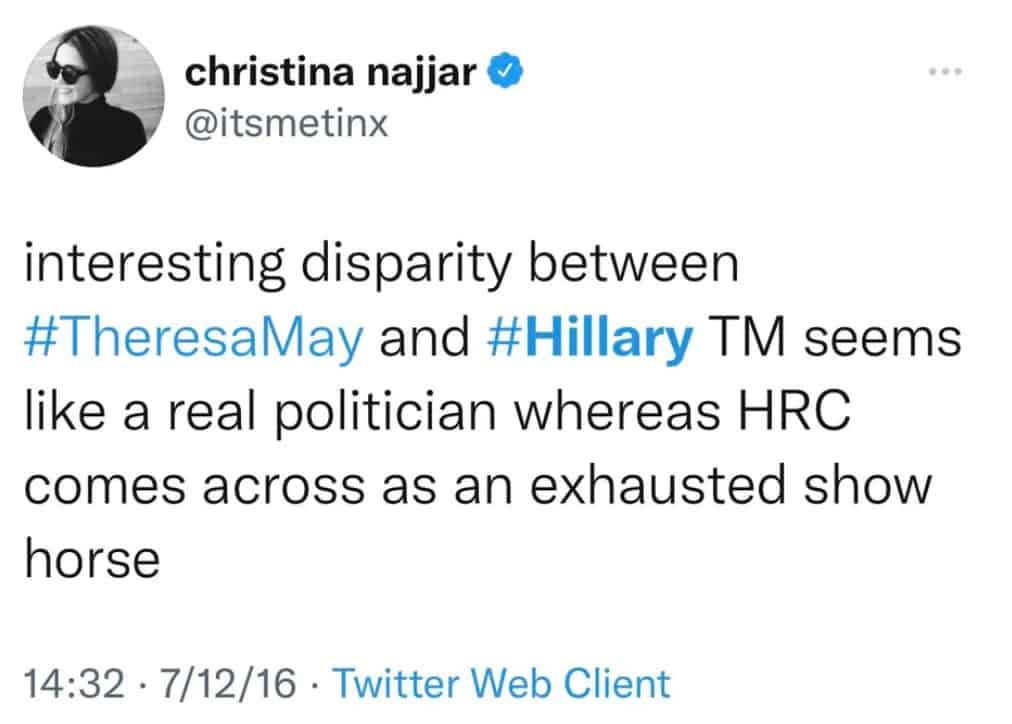 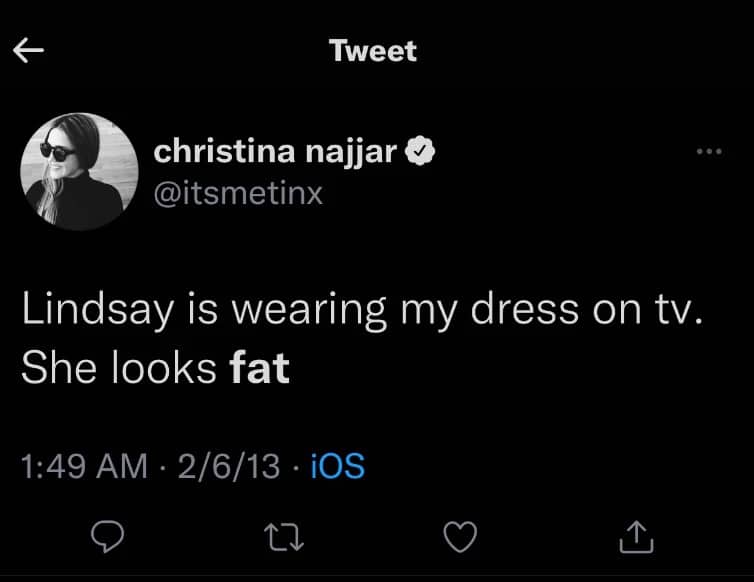 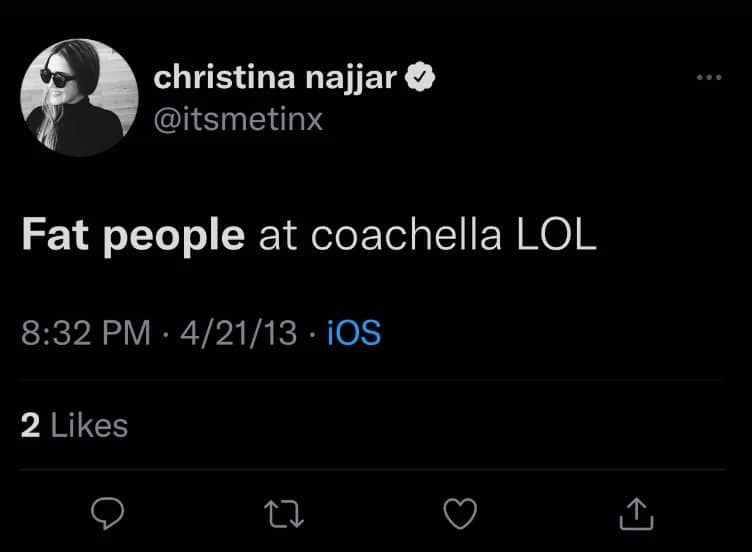 British/American writer Tinx saw overnight success in 2020-2021 as her following skyrocketed, amassing her 1.5 million followers on the video platform. With an impressionable following on TikTok and Instagram, and a successful advice podcast, the problematic tweets led followers to question how well they truly know the influencer.

Although some users did come to her defense stating that the tweets were over a decade old and that “we’re all human,” others pointed out that there were some inflammatory tweets as recent as 2020 and some suggesting controversial political and societal views. However, the 31-year-old made no reference to the more recent Twitter behavior, instead focusing on the ones from a decade ago, stating that she was a different girl back then. “Let me tell you about the girl who wrote those tweets. I was 21 and deeply, deeply insecure. I hated myself and had a bad relationship with my body. I was also extremely lost.”

In the days since the tweets resurfaced, Tinx’ podcast, It’s Me Tinx, has been flooded with one-star reviews and criticism of the influencer. Other disgruntled users have also taken to TikTok and Reddit to share their views on the ‘mean girl’ saga, turning the unearthed tweets into a bona fide social media controversy.