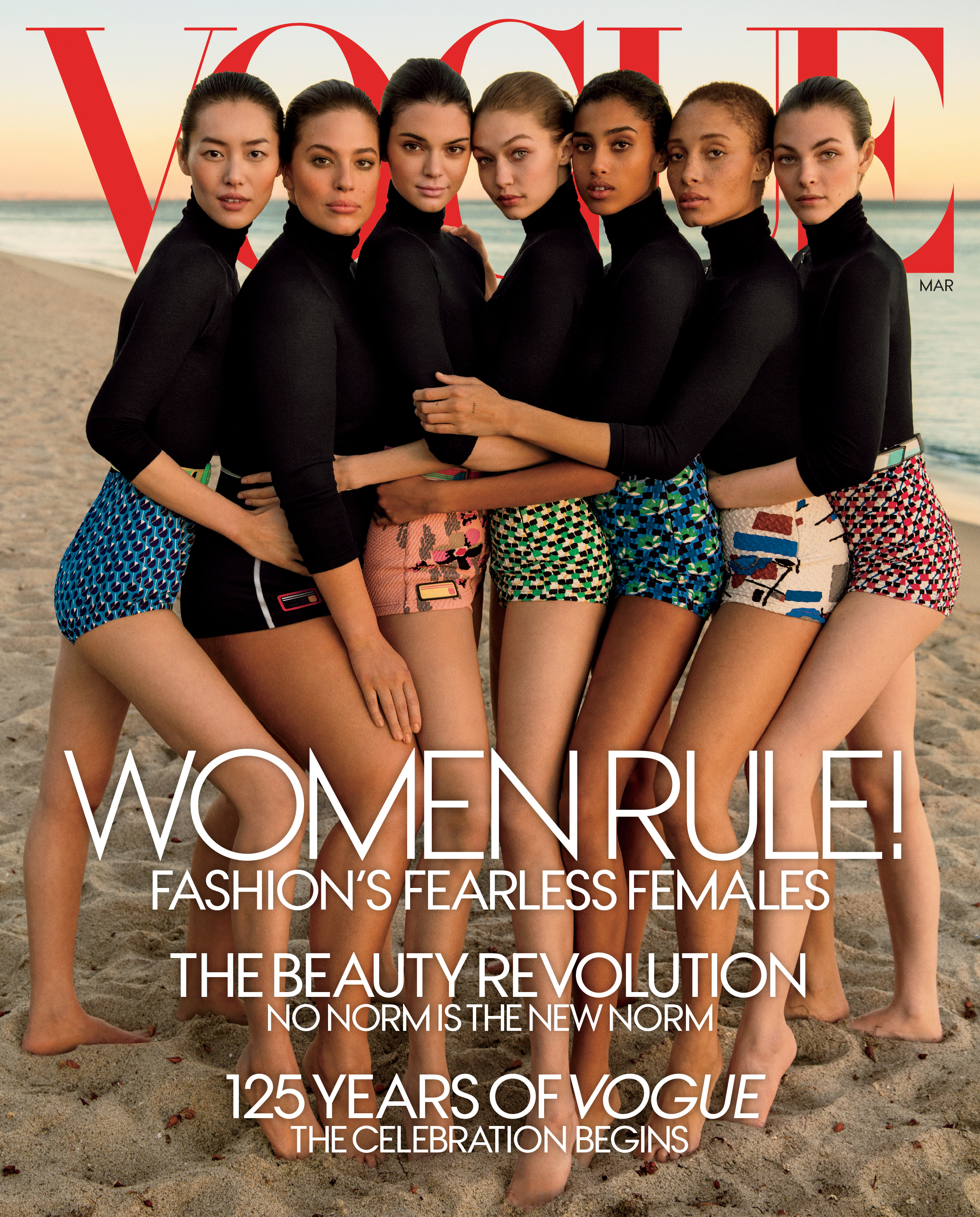 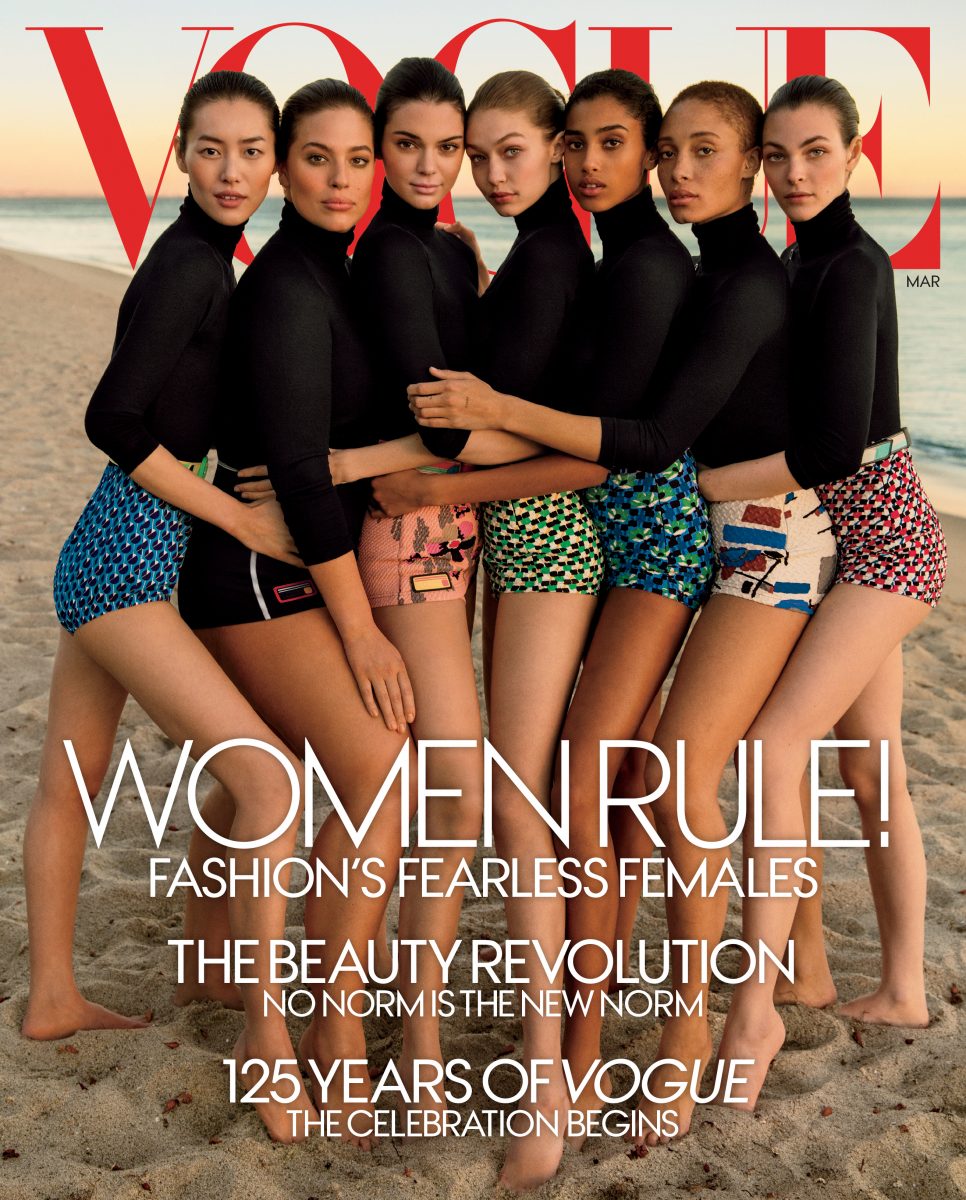 “Each of these cover girls proudly inhabits her own particular gorgeousness in her own particular way,” wrote Maya Singer in the accompanying article. “Together they represent a seismic social shift: The new beauty norm is no norm. And fashion, the industry that – yes – has historically done much to enforce beauty codes, is joining the movement, ¡Viva La Revolucion! All are welcome. Anything goes.”