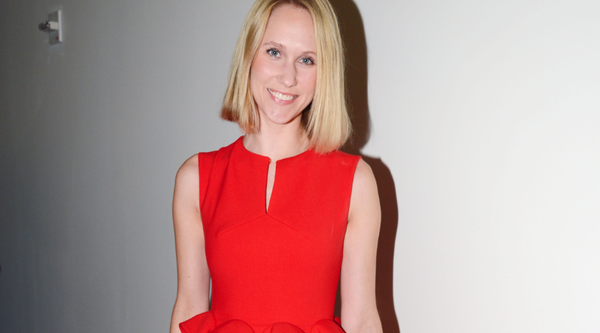 (NEW YORK) Spanish brand Delpozo is continuing its expansion with a freshly-minted position stateside: Indre Rockefeller has been named U.S. president at the label. Rockefeller comes to the new gig from her role as general merchandise manager and creative director of trunk shows at Moda Operandi. She will report directly to Pedro Trolez, Depozo’s global president as well as owner of the brand’s parent company, Perfumes y Diseño.

Two years ago, the Madrid-based label brought on Josep Font as creative director. Delpozo made its NYFW debut last February, and has been well-received by critics and editrices. The brand, which turned 40 this year, dressed House of Cards’ Kate Mara for the Met Ball in 2013 and Mad Men‘s Kiernan Shipka for the Emmys in 2013. Also on Delpozo’s haute list of notables hitting the step-and-repeat in the label’s designs? Rockefeller, who wore Delpozo to the 2013 Met Ball (and a slew of other events), has been a big advocate of the label, both on Moda Operandi and in her own sartorial choices.

Rockefeller will begin her new gig in late April, according to WWD. Prior to Moda Operandi, Rockefeller was fashion director at ModeWalk. The Princeton alum and Stanford Business School grad kicked off her career as Anna Wintour‘s assistant.

4 Things To Look Out For During a Fashion Show Move

The Daily Roundup: NYFW Issue 5 Is...