In Case You Missed It…. 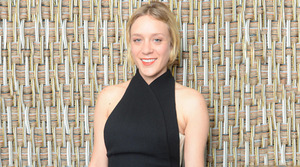 Tom Ford releases video of his Spring Summer 2011 show. Every blog known to man links to it.

Katie Holmes tells Elle that she occasionally takes fashion advice from Suri. Are you surprised?

Bombshell Candice Swanepoel has her moment on the cover of the Victoria’s Secret swimsuit catalog.

The empire expands! Jason Wu is launching nail polish in the UK later this year.

Mila Kunis wears Forever 21 on the red carpet? Can someone call Versace!

Kate Middleton gets Warholized in Tatler.

Another week, another wacky Kate Moss story out of the UK. Is album in her future?

Maggie Rizer loves her dogs. A lot. Maybe too much?

Anja Rubik and Sasha Knezevic are getting hitched.

Look of The Daily: Natalie Portman in Vionnet