IMG and Visa Are Bringing Fashion and Sport Together Seamlessly 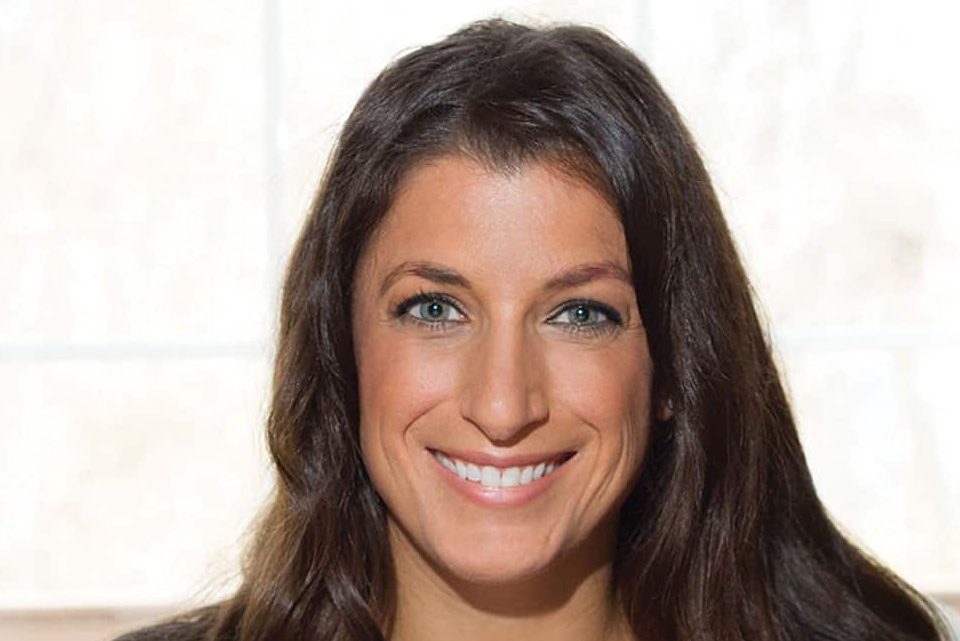 The sports and fashion worlds have never been more entwined, and this season, IMG and Visa are teaming up to celebrate their growing intersection at NYFW. April Guidone, IMG’s global VP of marketing and brand strategy, reveals the plan.

What does your role at IMG entail?
I’m the global VP of marketing and brand strategy. I work across all our brand partnerships and also develop new events and optimize our current events globally.

You were recently at the Super Bowl. Why were you there?
We’re working with Visa to cross fashion and sports. We’re bringing fashion to the Super Bowl, and bringing the Super Bowl and the Olympics to Fashion Week. At the Super Bowl, we were doing a few initiatives. One was a street-style campaign; we sent fashion photographers to Miami in the days leading up to the Super Bowl to capture street style. We ran that campaign on New York Fashion Week’s social channels and on Visa’s social channels, capturing the best dressed of Miami. We also shot [Giants running back] Saquon Barkley and [Carolina Panthers running back] Christian McCaffrey as part of that street-style campaign.

What was the fashion like at the Super Bowl?
There was a variety! Miami has its own style. We had great summer fashion happening, because it was nice and warm there. Some of it was similar to what you see in New York, while some of it was really game-based style. The closer we got to the game, the more we saw Chiefs and the 49er colors, jerseys, and Super Bowl attire.

You’ve noted that NYFW has shifted to influencers and consumers. How so?
New York Fashion Week, and all Fashion Weeks, started as industry events for editors and buyers, and for designers to show their collections. Over the past five to eight years, with social media’s growth, and everyone having a camera in their pocket with their phone, influencers and consumers are much more closely involved in following along at the shows. It’s changed to include them. The designers are certainly showing their collections for the industry and the buyers. But they’re also showing their collections for consumers, who are watching along in real time to see what they’ll be purchasing down the line, or immediately as “see now, buy now.” It’s had an impact on the way IMG has marketed the event.

You’re doing a pop-up at New York Fashion Week. Tell us more!
Each season we have a retail pop-up with Visa, and showcase three local female designers and products that are made especially for NYFW. This season, we have a fashion-meets-sports theme. [Gymnast] Claudia Lithenal, who owns Claudia Sport, is curating a space for us with a theme tied around the Olympics and sports with fashion and sport attire that is metallic. You’ll see anything from gold skis to silver Nike sneakers at the space. We’re celebrating female achievements.

Paved with Goals 🏅With confidence, preparation and determination, your goals are always within reach. This season, we've partnered with @Visa_US to showcase the inspiring achievements of women in sports and fashion at the Visa Everywhere Fashion Week Pop-Up Shop. Come shop with purpose through the purchase of customizable @ShopClareV zip wallets and @TheDailyEdited phone chargers and ear pod case covers, with 100% of the purchase price of items sold benefiting @WomensWorldBnkg, a non-profit providing women entrepreneurs with financial tools and resources. #FashionIsChanging #Ad

Where will it be?
It will be in the lobby of Spring Studios, which is the official central hub of New York Fashion Week.

Why do you want to bring together the sports and fashion communities?
Fashion really does cross over into different cultural pillars, everything from sports to music to art, in a natural way. Visa is uniquely positioned to be able to connect NFL and the Olympics, and we’re working with them to help with that crossover. In the front rows of Fashion Week, you have athletes, you have anyone from art to music, crossover is natural. On a panel this season with Visa, we have Saquon Barkley, [Olympic surfer] Carissa Moore, and Cynthia Rowley talking about that intersection. Saquon has been to the Met Gala, and Cynthia has designed surf wear; there’s a real natural crossover that we’re trying to showcase. Visa is nicely positioned to do that. Mary Ann Reilly, SVP of North America marketing at Visa, will introduce the conversation led by Endeavor’s Bozoma Saint John.

What’s the talk about?
It’s called “Design to Compete,” and it’s about how these athletes are using fashion to build their brands and how it intersects into their lives. We’re going to talk to Cynthia about how sports are crossing over into fashion in a natural way.

Do you find people in fashion love sports?
There’s a mix, myself included! There’s an appreciation there. Sports figures are certainly known in the fashion industry, and they like to participate, and vice versa.

Get glam with @Visa_US! We worked with Visa to bring the glam of fashion to the Super Bowl Experience at the Miami Convention Center where fans had the opportunity to get their hair, makeup, and nails done in their team’s colors. Show your spirit! #FashionIsChanging #Ad

We only watch the halftime show!
There’s something for everybody!

Why does Visa want to work with the fashion audience?
They saw an opportunity not only with the fashion audience, which is a discerning audience, but also with an audience of women. They have a huge women’s initiative supporting women founders and connecting to fashion in a way that ties directly into transactions. All those things made a lot of strategic sense for them to align with fashion and start talking to that audience in a natural way and also gives a benefit to the audience.

What’s your favorite showing during Fashion Week?
The Blonds! They always have something interesting going on. They have beautiful designs, always have something tied to pop culture, and the audience gets involved. It’s different than anything else!
Make sure to pick up your free copy outside all the major shows today or read the full issue below.

Your Ultimate Coterie Crib Sheet — Everything to See, Do, and Drink!