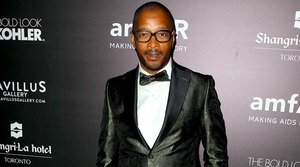 (NEW YORK) Ports menswear designer Ian Hylton has resigned to join his wife Min Liu at Ms. Min, a clothing company she founded in 2010. Liu serves as the line’s creative director. Hylton had been at Ports since 2006, where he grew the men’s label in the company’s 150 stores and was also heavily involved in the creation of Ports 1961 in 2011, the brand’s luxury label that is produced in Italy. Hylton also served as the creative director for the menswear label of Ports 1961, alongside Fiona Cibani, who serves as creative director for womenswear.

Prior to joining Ports, Hylton was the menswear fashion director at luxury Canadian retailer Holt Renfrew for nine years and also served as fashion director at Canadian fashion magazine Flare. Hylton’s wife Min is a graduate of London’s College of Fashion and has worked at both Ports and Viktor & Rolf. She began Ms. Min in four years ago; the brand is now a division of Lane Crawford. Hylton’s departure is said to be amicable; he will still be involved with Ports by serving on the label’s board.

Wildfox Serves Up A Chic Slice Of...