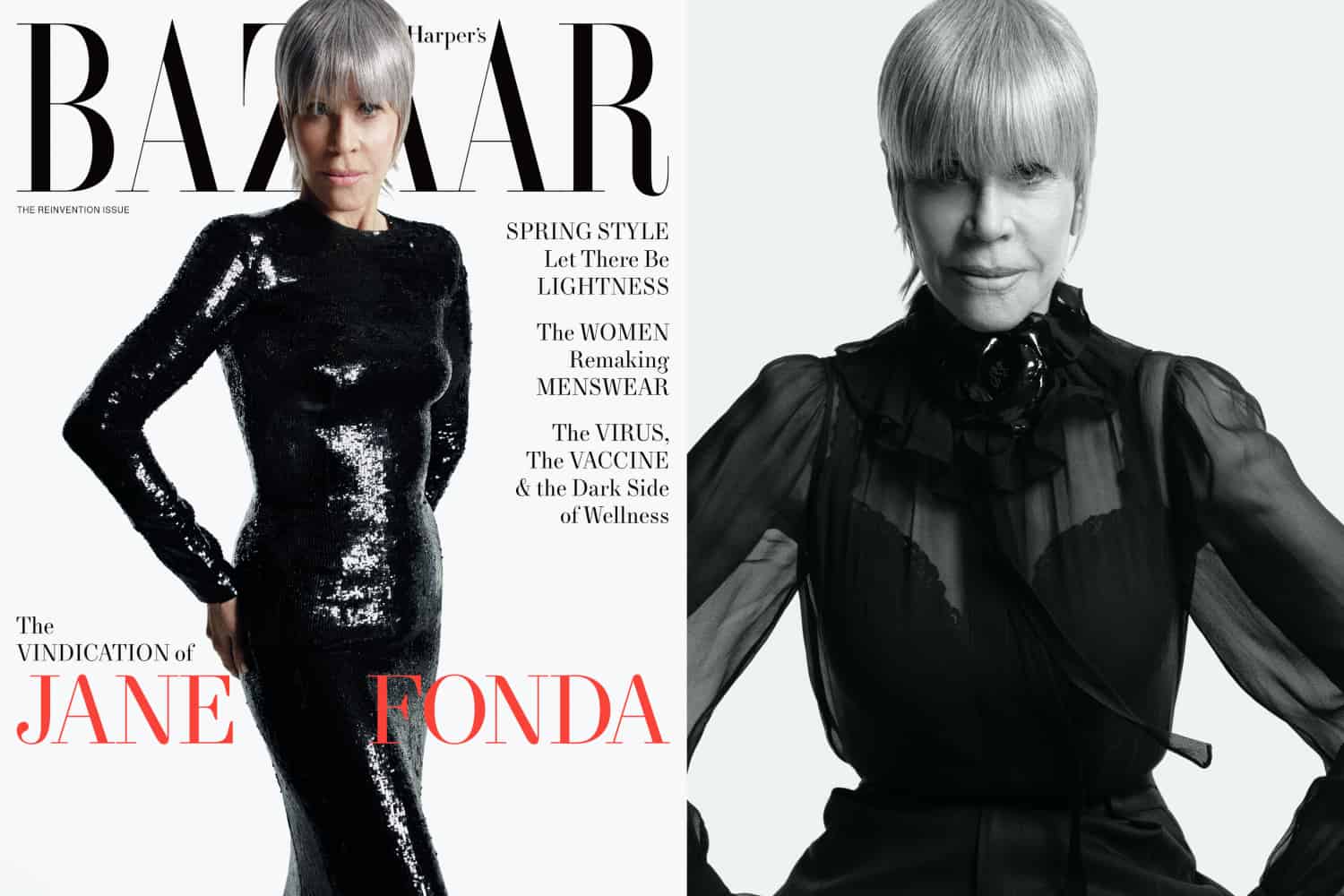 Jane Fonda made the Internet’s jaws drop this morning when her latest magazine cover was revealed! The actress and activist, 83, is Harper’s Bazaar‘s cover star for its April “Reinvention” issue. Shot by Mario Sorrenti, Fonda is majestic in a sequined Ralph Lauren gown and sleek hair—can you say “iconic”?

The octogenarian opened up about her fantasy relationship—or rather, her lack of interest in one—in the accompanying interview with writer Durga Chew-Bose. “I don’t want to be in a relationship, a sexual relationship, again. I don’t have that desire,” she says. “Do I fantasize? Yes, here’s my fantasy. I’ll just put it out there. That I meet a professor or a researcher, somebody in that line who is really capable of loving, of cherishing a woman, so that I could test myself and see if I could show up. I think maybe now I could, but the problem is that, like a man, I would want a younger man. Isn’t that awful? It’s a thing about skin. I would want a younger man, and I’m too vain.”

Fonda’s renowned as a cultural icon for her trailblazing film and television work, as well as her activism related to climate change and war opposition. In fact, she counts her time visiting Vietnam in the ’70s as changing her understanding of what power means. “They didn’t even have heavy equipment to fill in bomb holes and stuff, and we couldn’t defeat them. That taught me that power has to come from inside. It has to come from knowing who you are, why you’re on earth, what is the meaning of your life. That’s power. If it’s all about armor, possessions, and weapons, that’s not power. That’s other things. It’s the Vietnamese who taught me about power, and I’m forever grateful. And it helped me understand what to do with my third act, because third acts are scary. It’s not the getting old part. It’s the finiteness of third acts.” 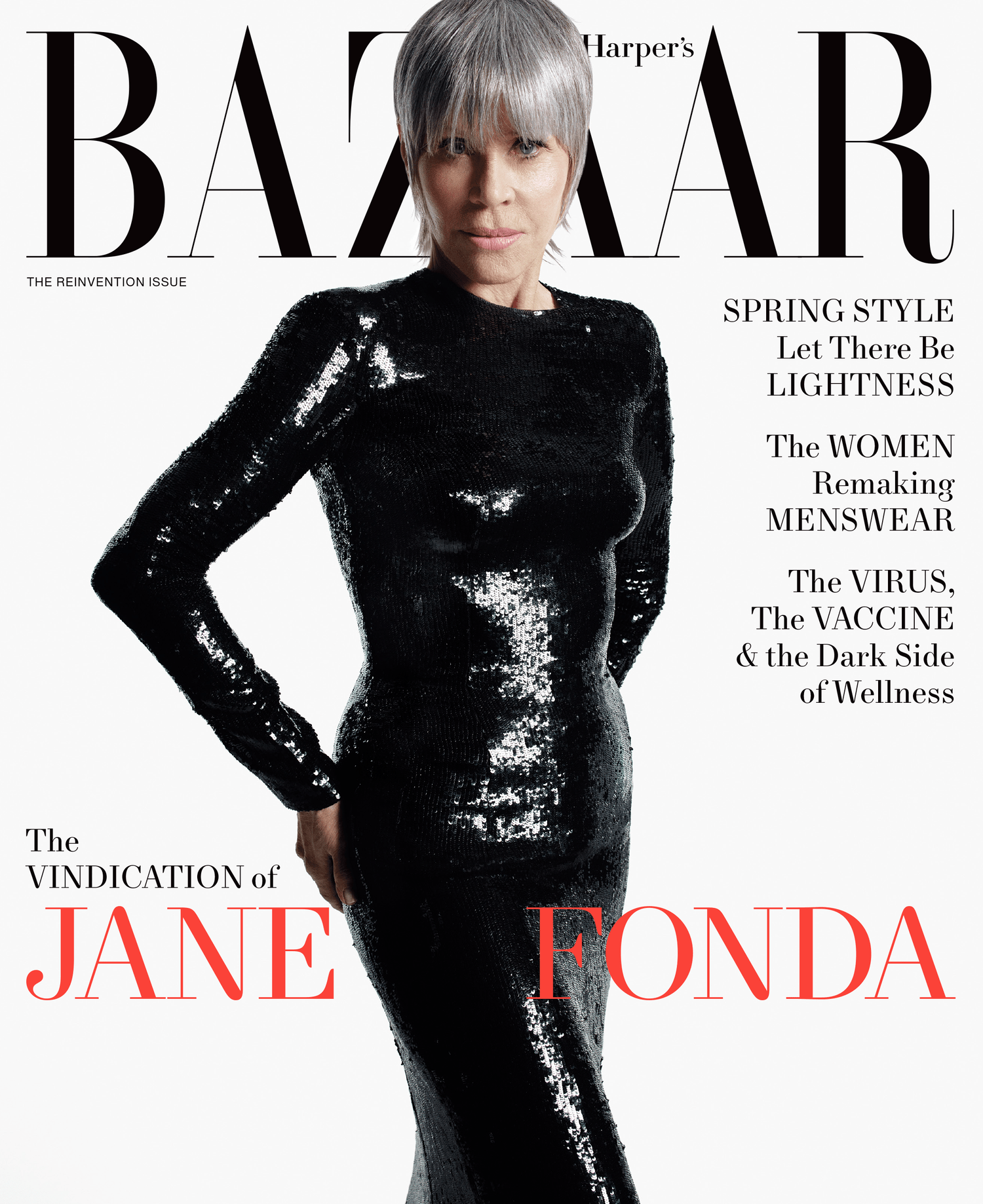 Fonda also dives into her experiences and insights on acting, politics, intimacy, and romance. Read more from her Harper’s Bazaar interview below!

Learning from romantic partners: “Part of the reason I get into a relationship with a man is because I feel that he can take me down a new path. I’m attracted to people who can teach me things and whose lives are different from mine, and so I give myself over to that. First of all, I want to please him. That’s a problem. When I married Ted—I mean, marrying Ted is like marrying 15 people—you have to learn how to hunt, so I did. You have to learn how to fly-fish, so I did. He liked me to dress sexy, so I did. And so forth. I wanted to. Why be with Ted Turner if you’re not going to allow yourself to be absorbed in his reality and learn from it? And I’m glad I did.”

On not wanting to direct: “[Robert] Redford always used to say, ‘Why don’t you?’ And I just never could explain to him why I’m not interested. If I’m one of a pack, then all of my juices begin to flow. And I seem like a leader because I have a lot of ideas, but I’m not the ultimate person responsible. I just love working and then coming home and having a martini or getting in a hot bath.

Parenting as an activist: “I think about it every day. It’s the one main thing about my past that I think about almost every day. And I’ll tell you one of the things that’s keying it off is watching my son [Troy Garity], who is 47. They just had their first child, and he is about a year and a half. And when I watch my son and his wife, Simone, parent, I’m awestruck. It puts into such stark relief for me, what I didn’t do. I don’t think I’ve said this to him, so I feel a little weird, but anyway that’s the reality. Watching my son be a parent, I think, ‘God, I just wish I had done that.’ And then I realize, if I had done that I would not have become who I became. There has to be an in-between way, but I’ve never been an in-between kind of person. I was too wrapped up in me. I was too wrapped up in becoming an activist.” 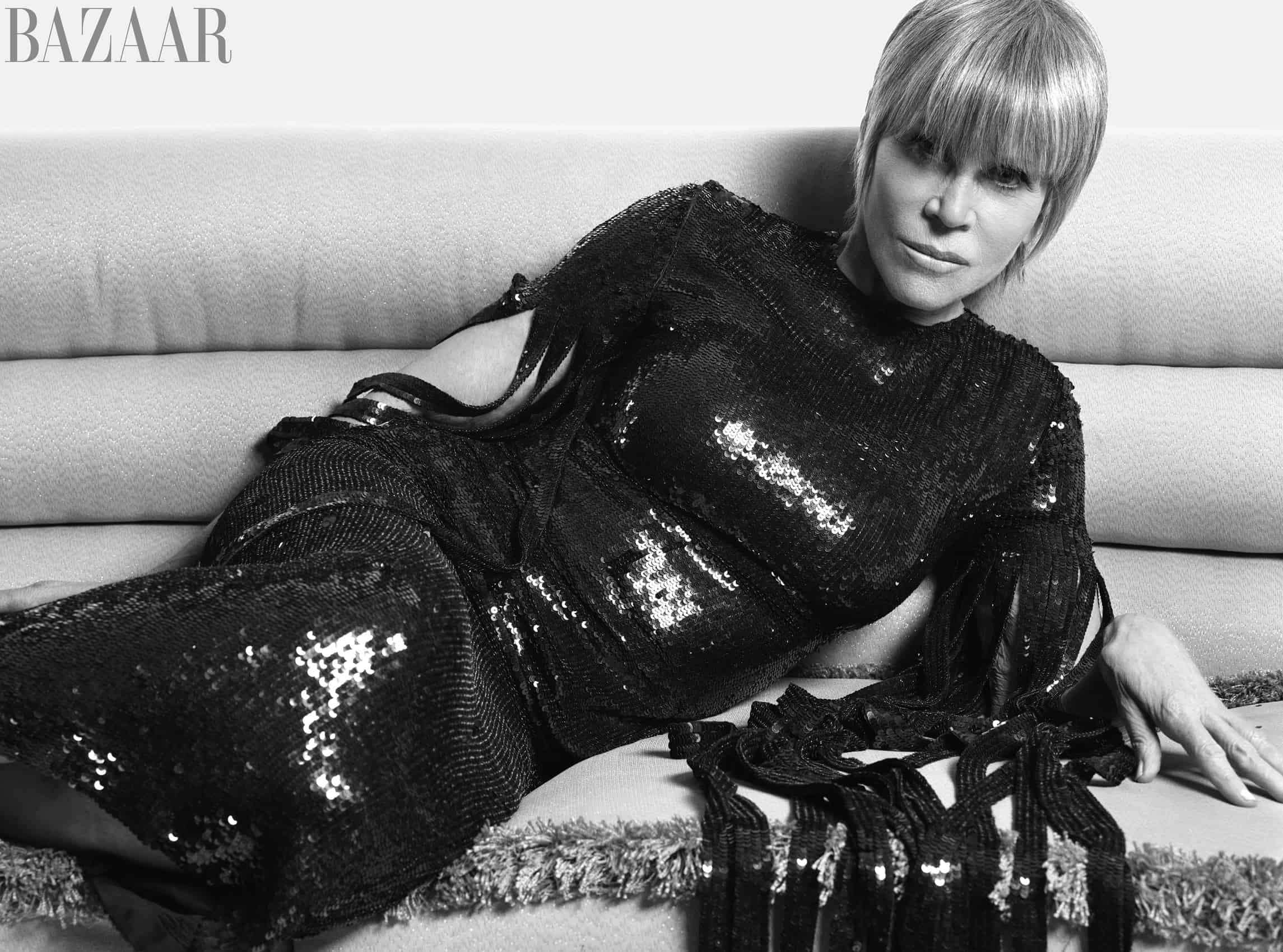 On intimacy: “Should I tell you this? I don’t know. Okay. I’ll be truthful. One of the painful things that I’ve realized by 80—I don’t even know how old I am—83, and single now. What I’ve had to really think about is that I’m not really capable [of intimacy]. It’s not them. It’s me. If a guy had come along and said, ‘Come on, Fonda, show up,’ I would have run away scared. I was attracted to men who never would have done that to me because they couldn’t necessarily show up themselves. I didn’t know that at the time, but now I know. I don’t think I can do anything about it now, but that’s the truth, as Lily [Tomlin] would say. That’s the truth.”

Who Will Replace Alexi McCammond At Teen Vogue?