How Platform Plans to Transform LA 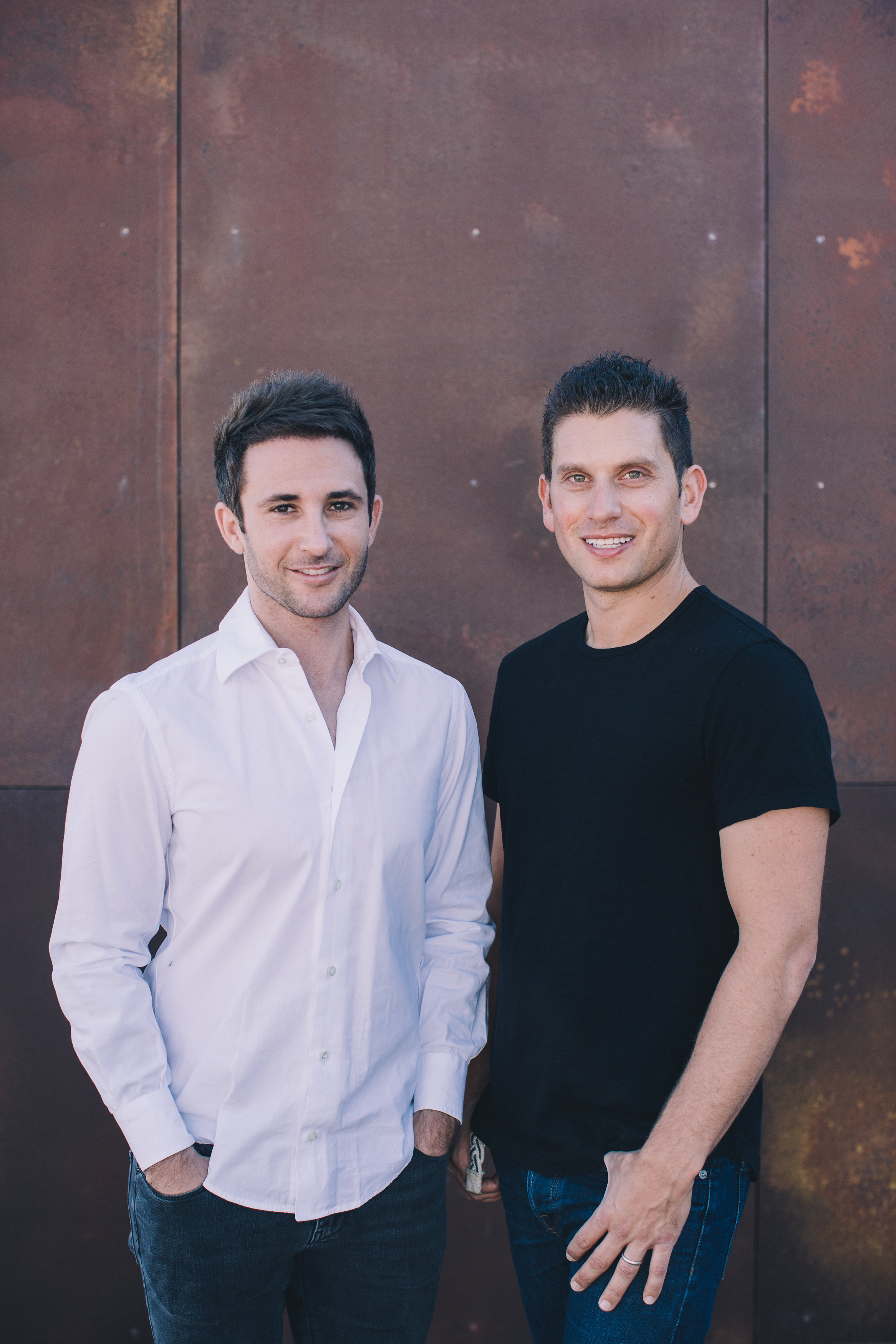 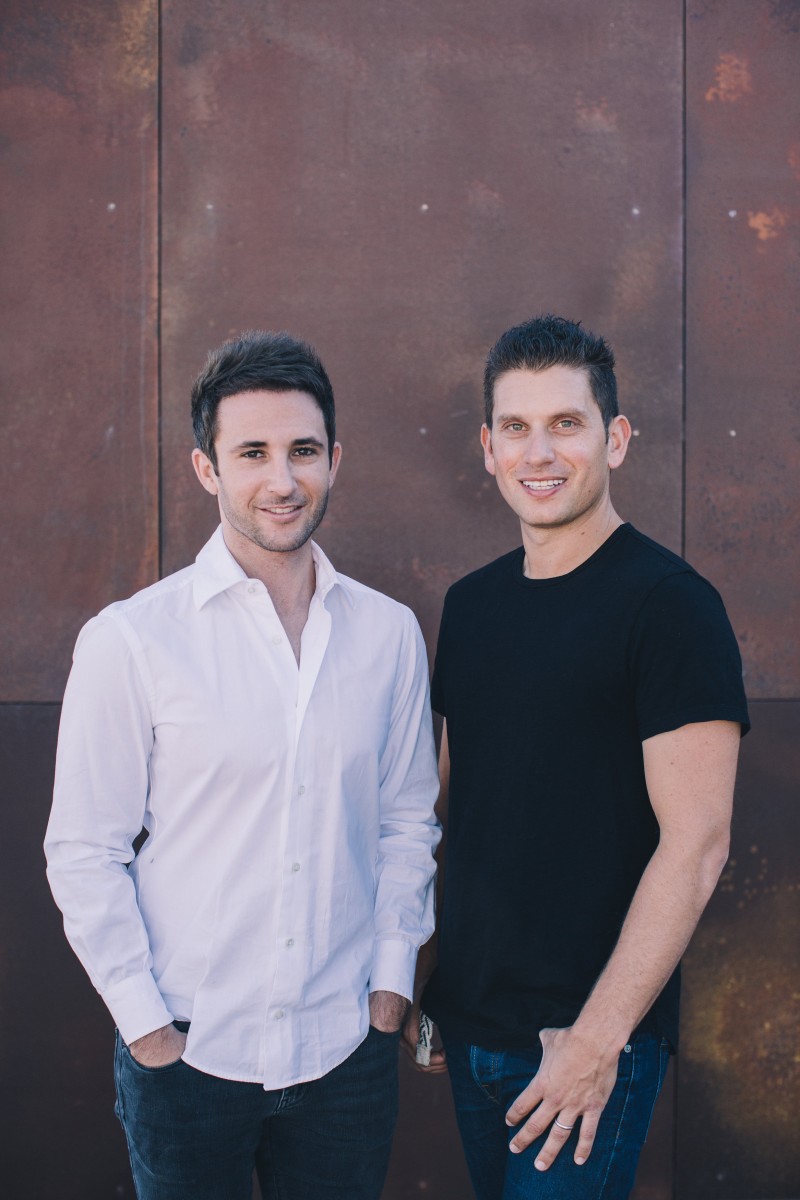 As 20-somethings working in L.A. real estate, David Fishbein and Joey Miller quickly saw the city’s untapped potential. So they bought a massive car dealership/auto repair shop in Culver City and spent six years turning it into Platform, “a collection of the world’s most innovative merchants, chefs, and creative companies housed in The Hayden Tract.” Gradually, each store (Linda Farrow) and restaurant (Sweetgreen) and wellness-oriented tenant (SoulCycle) continues to open, offering L.A. denizens a chic and well-balanced car-optional experience.

Where did the idea begin?
Joey: Our business has always been about finding new merchants and chefs from around the world, and finding the right alchemy of real estate for them to be successful. In doing that and living in L.A., we realized that there wasn’t a great place for food, fashion, and design to all come together in a walkable setting. That’s where the big idea came from; from seeing what was going on in the city and what we thought it needed.

Were you influenced by any other cities?
Joey: We took inspiration from around the world—like how East London came together, and certain neighborhoods in New York, like Nolita and South Soho—but always came back to the idea of what feels right for LA right now.

How is it LA-specific?
David: It was important that it fit the lifestyle of the residents. That’s why wellness is such a big component—great exercise uses and healthy food options and beautiful public gardens where people can hang out and enjoy the climate. It was important for us to have merchants and tenants here that were either exclusive to L.A.—whether that means they were opening their first store in the U.S. or their first store in L.A., or if they were going to have other locations in L.A., then they would do something specific to Platform.

What were you doing before this?
Joey: Before this we had real estate companies, so we were in this field, but this is the first big project we’ve worked on since launching the company. This project has been six years in the making—David and I are in our 30s now.

What was the first step?
Joey: With real estate, it’s always buying the building. In 2010, we bought this site, which made it reasonable for us to shoot for the moon and do something crazy and unique. After that, it was figuring out the right mix of tenants.

How has the neighborhood changed over the six years that Platform has been in the works?
David: It’s changed pretty dramatically. There were things that were happening in the neighborhood six years ago when we were inspired to create this idea in The Hayden Tract—an incredible art scene with 30-plus galleries, Sony Studios and Culver Studios, and thousands of square feet of creative offices had relocated. Then there was the Metro Station, which was the future of how L.A. was going to get around—it finally opens in a few months. In five or six years so much can change, especially when you don’t own an entire neighborhood and you can’t control every landlord. It’s always a little bit nerve-wracking. Is the neighborhood going to come toward you in the time that you’re taking to develop it? Is it going to get better? Or is the neighborhood going to go away from your vision and become something different from what you had planned? We’re so fortunate that it progressed toward our vision.

Who were some of the first tenants?
Joey: The first tenant that committed was Curve. It’s owned by Nevena Borissova, who’s a famous stylist in L.A. She started her first boutique on Robertson Boulevard 17 years ago when she was 22, when Robertson was just antique stores and galleries. In the last 17 years she grew from Robertson to having stores in Miami, San Francisco, and NYC. Robertson isn’t the street that it once was and it’s gone through a very hard time. Given that, she was looking for her next big moment in L.A, a neighborhood that was the next cutting-edge place that was going to create an incredible luxury flagship for Los Angeles. She fell in love with The Hayden Tract and the area where Platform is. She not only committed first, but she committed to a 7,000-square-foot space, which was by far her largest in the world. It was really a testament to the next step in L.A.’s retail evolution.

When did Platform really start gaining momentum?
David: Only recently have people started approaching us. The way that Joey and I approach the process for finding tenants is very atypical for most landlords. We didn’t approach tenants and we didn’t widely market it or put signs up. We did a grassroots effort, and pinpointed the tenants and designers and chefs that we thought were the right fit. We sent them custom presentations and packages. More recently, as word has gotten out and places have opened up and there’s excitement about what’s to come, we’re starting to get people reaching out to us. That’s pretty exciting.

How did you curate the tenants?
Joey: It’s been a really thoughtful, disciplined process. We had the overarching criteria. An example: AESOP was the second tenant we signed, and it was the first lease they had signed in Los Angeles—this was three years ago before they had committed to Silver Lake. But we knew based on their retail strategies in New York, Paris and London that they would open additional locations in L.A. So we said, We love your brand, but it’s not enough just to have the first lease signed in L.A. We know you’re going to open more stores and we want to be really mindful of how this neighborhood evolves in the longterm. So we want you guys to do something unique to L.A. that in five years, when you have other locations, people will still come specifically to Platform. They told us that of their 50 international stores, only two have a day spa, and asked if we were interested in that. Of course we were super excited! So this is the first place in the U.S. where they have a day spa location.

You built on a car dealership/auto repair facilities—did you keep any of the buildings?
Joey: It turned out that the buildings were pretty great—they were old, from the 1960s. We tried to preserve as many as we could. When there wasn’t an opportunity to do that, where there were parking lots, we built new ones. There are seven separate buildings all connected by gardens. It’s a mix of old and new.

Will you expand?
Joey: We just bought a couple more buildings down the street, so we’ll expand over the coming months. We’re in the stage where we have a lot of stores that have opened quietly, and we’re finishing up a lot of the work. Over the next couple of months, there will be more store openings; Curve is opening in June, and some of our restaurants will open subsequent to that. It’s in a good place right now.

What’s behind the name?
Joey: It’s a double meaning. One is a reference to the area’s historical train station. It’s been there for almost 100 years. The other reference is that we view ourselves as a platform to exhibit what our retailers, merchants, and chefs do. We’re a place where they can showcase their creativity.

Do you think L.A. will see more Platform-like places develop?
Joey: Everyone always jokes that “there’s no there there in L.A.” That there aren’t a lot of places that bring things together. That’s for a reason—it’s really hard to do. We were able to control a lot of space and we were disciplined to do it, but I think that neighborhoods will definitely continue to become more walkable and more interesting over time. That’s the way that people want to live; they don’t want to have to drive everywhere. It’s sort of a harbinger.

What’s the ultimate goal?
Joey: We want Platform to continue to grow, and hopefully influence the conversation about what’s interesting and unique about L.A., and to provide a great place for people in the city to come and enjoy themselves and discover new things. That’s not just for now, that’s for the next 50 years. I hope we continue to evolve and keep it interesting and unique, and contribute something back to the city that was the inspiration for this place.

Why do you think so many people are paying attention to L.A. right now?
Joey: It’s sort of the last big city where there’s an opportunity to make something. You look at Platform and you look at David and I; there aren’t a lot of cities in the world where we could have the room to do that, as young people. L.A. has always, and will continue to, afford creative people the ability to really make something, instead of being stuffy and stifled. That’s an eternal piece of L.A.’s DNA that I think the rest of the world finds interesting right now.

The Swimwear Chronicles: We Are Handsome’s Animal Instincts

The Newly Renovated Villa Carlotta Is the...