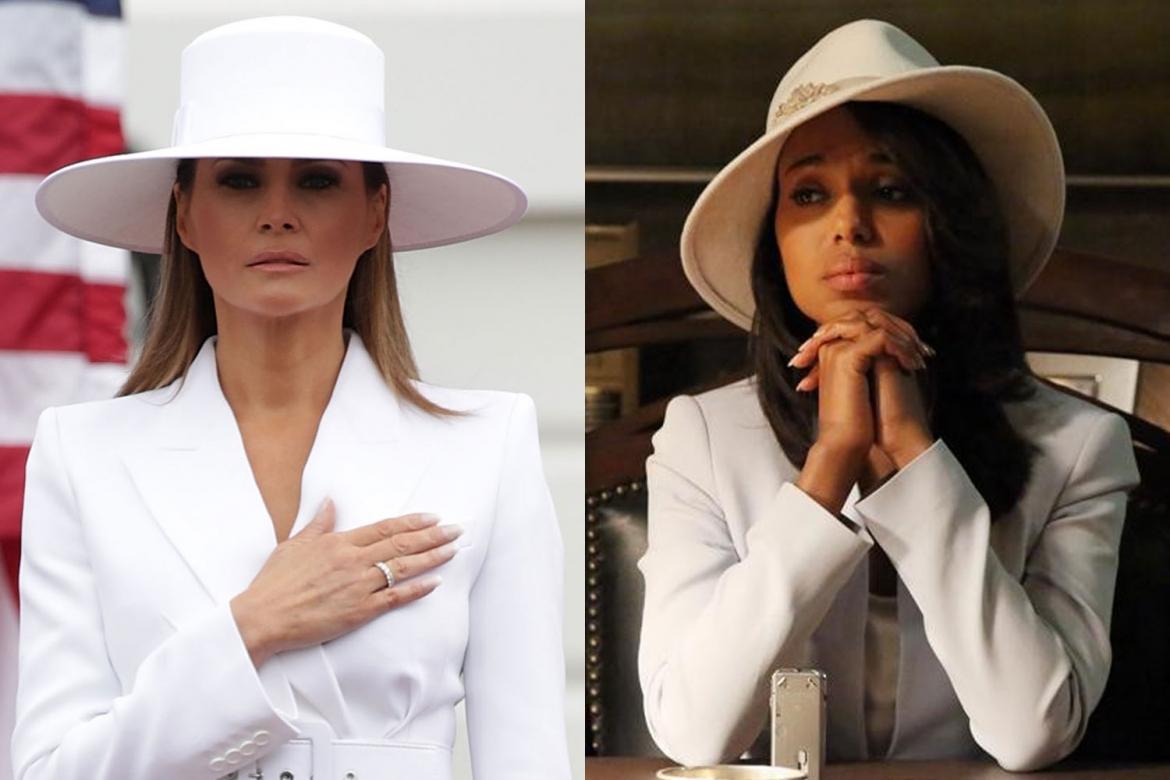 French President Emanuel Macron and his wife Brigitte arrived at the White House this morning where they were met by Donald and Melania Trump, the latter dressed in a white Michael Kors skirt suit and custom matching hat. Brigitte also wore white, but it was Melania’s outfit that has been getting all the attention today, as people have been quick to note the similarities between it and one worn by Scandal’s Olivia Pope, played by Kerry Washington, in the show’s series finale.

Just for reference, here is Melania Trump (standing next to Brigitte Macron): 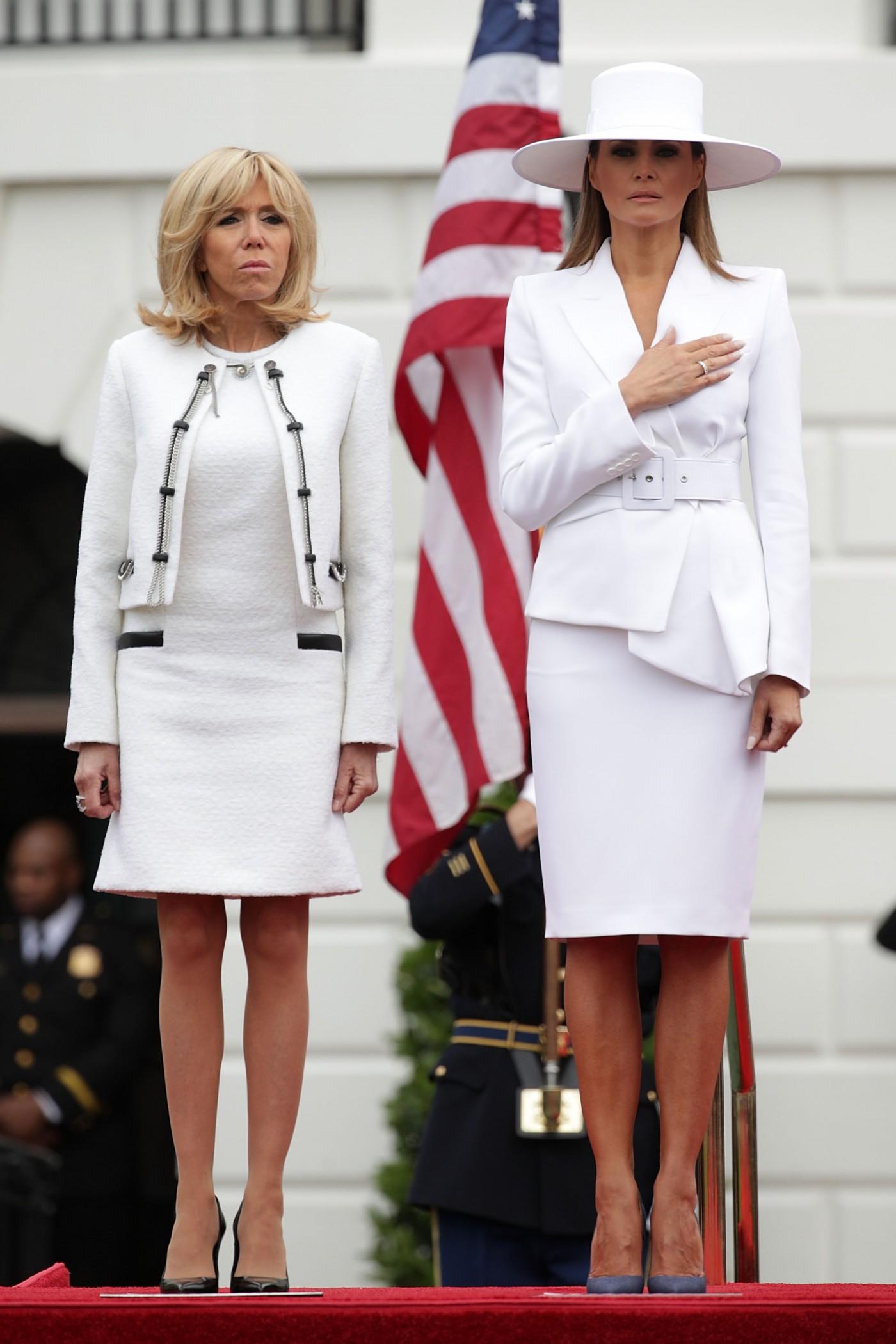 And here is Kerry Washington:

This picture was taken when we completed filming our very final scene in the Oval Office set. So many of @scandalabc’s most iconic scenes happened in that Oval. It has been, in many ways, the center of our #Scandal universe. Other sets were already being dismantled and we knew this one would be next. So, before saying good-bye, I stretched out on that gorgeous rug and tried to just take it all in. Swipe! Soon after, a few beloved crew members joined. Because… why not? LOL. Tomorrow morning I will wake up and begin to try to process the magical dream of the past seven seasons. I imagine it will take some time to really understand what just transpired in my life. But, this much, I know… I am filled with endless gratitude for our #Scandal Family. Our glorious cast & crew and our community of #Gladiators. TOGETHER, we have changed history. Transformed television. And illuminated each other’s lives. Thank you for watching. And tweeting. And being with us!!!! With love & gratitude, My very best – Kerry

They are literally wearing the same jacket and the matching-white-hat thing is a very Olivia-Pope look. 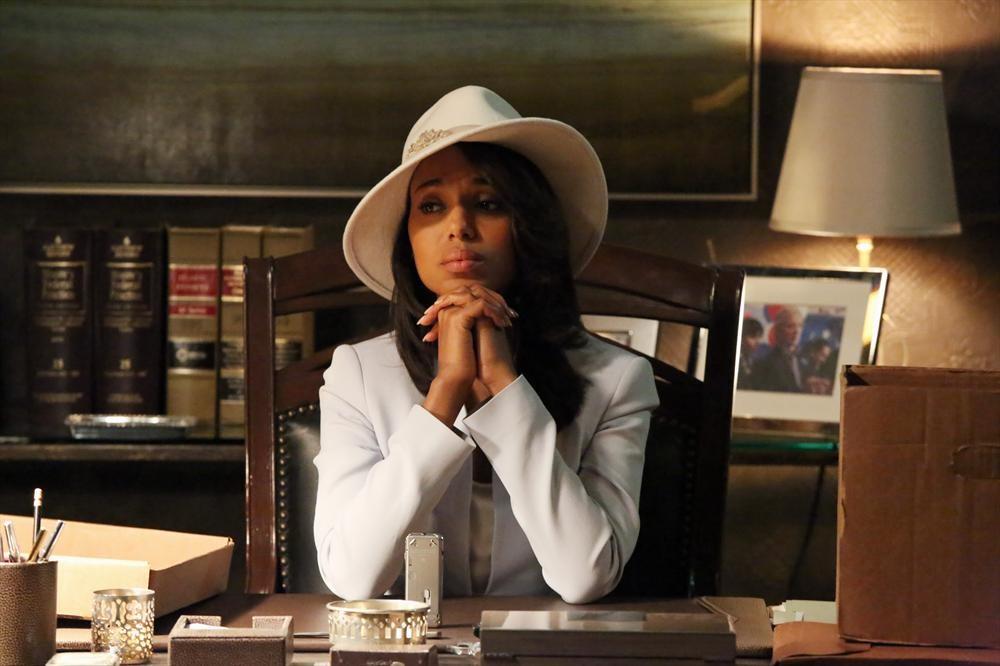 Even Scandal’s costume designer, Lyn Paolo, felt the need to tweet about it. “Is Melania wearing the white hat??” she wrote. “She is certainly wearing Olivia’s jacket…”

All that being said, a white suit is just a white suit. Kerry Washington’s Olivia Pope (or, rather, her costume designer) didn’t invent the concept. Nor is she the first to match her hat to the rest of her outfit. Hardly! And yet, it would be fair to say that Washington’s Pope has effectively owned white for power dressing for the last six years. At least on TV. Hillary Clinton’s white pantsuit from the 2016 Democratic National Convention is arguably even more iconic, but I digress. The point is Olivia Pope is known for wearing white. The show on which she wears all this white, though it just ended, was hugely popular and massively successful for years. And the woman who played Olivia, Kerry Washington, is one of the biggest stars in Hollywood and has been since the show premiered in 2012.

And yet, when Melania’s stylist, Hervé Pierre — the man behind today’s all-white look — was asked by WWD to comment on the comparisons being made between the two women’s looks, his response was “What happened? Kerry Washington? She’s an actress? I will have to Google something.”

How to Watch the Royal Wedding Online for Free

The Obamas Aren’t Invited to The Royal...