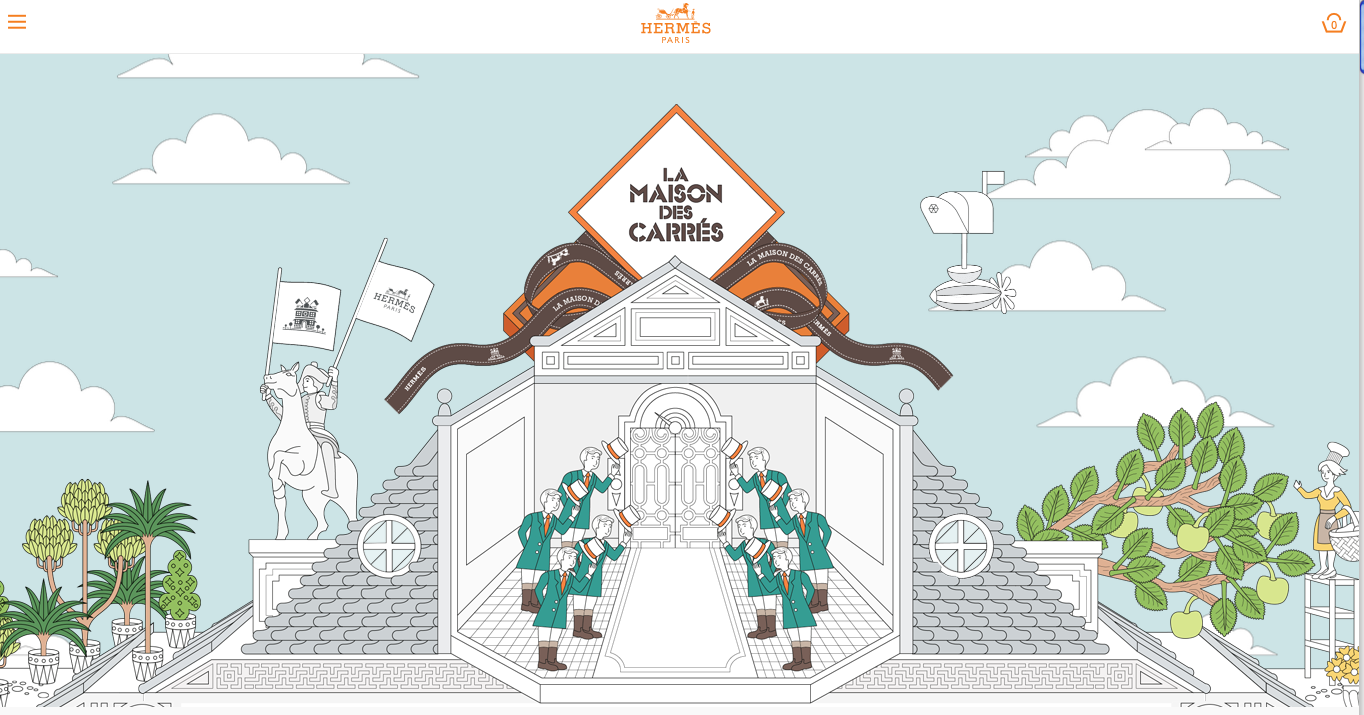 Hermès is investing in their most iconic product, and it’s not the Birkin or Kelly bag. The French luxury house announced the launch of La Maison des Carrès, a website that will sell nothing but the brand’s famous silk scarves. Choosing from the myriad of prints, fabrics, colors, and designs is a difficult task, but now you can do your research all in one place. Over 600 models of silk squares, shawls, twillys, and scarves will be featured on the interactive site.

The site and design was conceived by women’s artistic director Bali Barret with graphic interiors by illustrator Pierre Marie. Marie has also designed scarves for Hermès in the past. The new concept features a “house”: every room inspired by silk prints, and contains an interactive surprise or cheeky element that allows the user to fully immerse themselves in the Hermès universe.

Some highlights of their Fall 2014 collection include prints called Zebra Pegasus, Melodie Chromatique, and La Vie Sauvage Du Texas. That’s right, an Hermès scarf based on Texas. We bet all of the chic ladies in Dallas will be snapping them up in no time. Other scarves inspired by the American West that are part of a new launch called the Silk Bandana Collection ( available in six color options, four designs, and two sizes) include Les Canyons Etoiles by Pierre Marie and Ranch by Philippe Dumas. They even feature potted cactus plants on the house “porch” in this imaginative video teaser created for the launch of the site. What’s not to love?