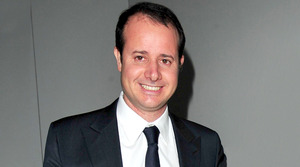 (NEW YORK) Hermès International artistic director Pierre-Alexis Dumas was among over 500 recipients of the latest wave of France’s Legion of Honor accolades. Since 2009, Dumas has been in his artistic director capacity for four years, prior to which he was co-artistic director from 2006 to 2009. His exact honor: Chevalier, or Knight, of the Legion of Honor, the esteemed French order that dates back to Napoleon Bonaparte, circa 1802. Dumas is a sixth-generation member of the French maison‘s founding family; his father, Jean-Louis Dumas, was the brand’s CEO from 1978 to 2006. The newly Legion-ed Hermès heir has one sibling, sister Sandrine Dumas, who went the acting and directing route in lieu of joining the family’s luxury biz.

Recent fashion industry folks to receive the Legion of Honor include Harper’s Bazaar EIC Glenda Bailey, who was decorated with the award in October by Alber Elbaz (who also played recipient, back in 2007); Vogue Italia editrix Franca Sozzani was Knighted last March. Last year’s crop of Chevaliers included Salma Hayek-Pinault, designer Phillipe Venet, and Clarins group chairman Christian Courtin-Clarins. Last week, LVMH Fashion group strategy director Christophe Girard (who moonlights as mayor of Paris’ 4th arrondissement!) nabbed the award as well. In a more unceremonious crux of the award and the fashion set: In August 2012, John Galliano was stripped of the Legion of Honor he’d been awarded in 2010.
ALEXANDRA ILYASHOV

Stuart Vevers Questions If He Could Start...