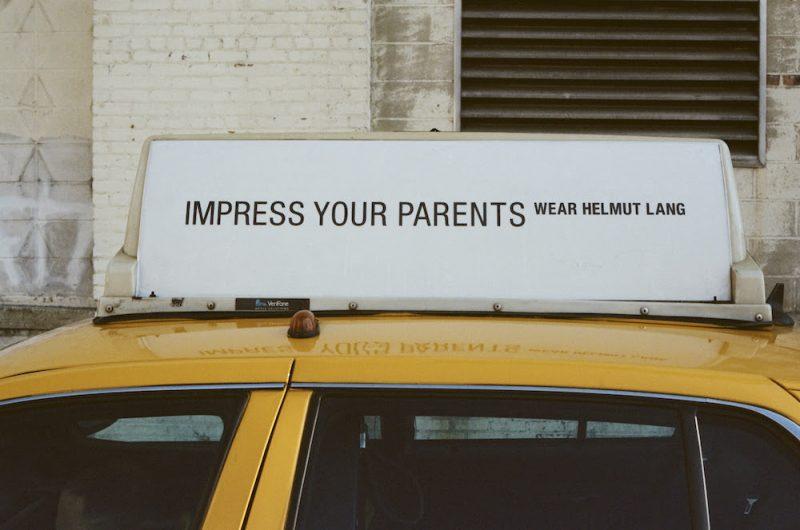 Did you know that Helmut Lang was the first designer in history to advertise on top of a taxi in New York City? He started the trend in 1998 and now the brand is continuing its history with NYC’s taxis by advertising atop 275 taxis featuring everything from simply the brand name to its URL to the slogan, “Impress your parents, wear Helmut Lang.”

In addition to the traditional taxi top campaign, the brand has created three limited-edition pieces to pay tribute to its history with the yellow cab. The clothing includes t-shirts for $125 and hooded sweatshirts for $210. The pieces feature and archival Helmut Lang image by Iain R. Webb that shows the original Helmut Lang taxi advertisement dated to September 2000. The photograph was originally published in the book, Postcards from the Edge of the Catwalk.

Hood By Air Is On Hiatus