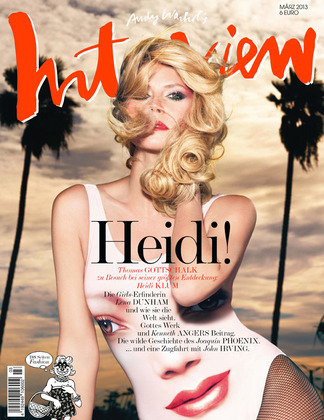 Rankin shot Heidi Klum for the March issue of German Interview, and she’s looking very familiar. Our buddy Sergio Kletnoy pointed on out on Twitter that Heidi is a deadringer for Gwyneth Paltrow in this shot and we couldn’t agree more. Do y’all see it? Earlier this week it was announced that Lisa Feldmann was hired to be the new editor-in-chief of German Interview. Her predecessor Joerg Koch will now focus entirely on his role as founder, EIC, and publisher of O32c.