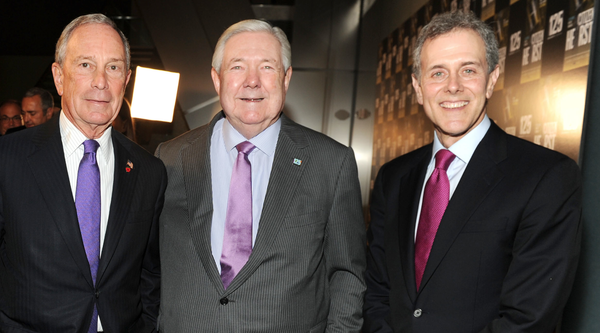 Swartz has been with Hearst for a dozen years; in 2008, he started running the company’s newspaper group, comprised currently of 15 titles nationally. Prior to joining Hearst, Swartz rose through the ranks at The Wall Street Journal. His claims to fame include a jag as the Journal‘s Page One editor; he also founded Smart Money, which rolled out in 1991 as a joint venture between Swartz’s current employer and WSJ parent company Dow Jones (which has since shuttered the print version of the finance title, in June 2012).

"Steve has exactly the kind of breadth that a company like ours needs: expertise in both editorial and business roles," Bennack said in a Hearst-issued statement. "He not only brings great energy and vision to the job, he has established himself as a visible and respected executive in media, advertising and the civic communities that are important to Hearst."

Bennack, 80, has been at the helm of all things Hearst for 28 years, and has spent an impressive total of five decades at the company overall. The only company employee to surpass that 50-year track record is the original Hearst (that would be founder William Randolph Hearst). During Bennack’s time leading Hearst, the venerable glossy and newspaper-skewed company expanded into a diverse array of endeavors far beyond just the printed page. How so? Everything from snapping up more titles from Lagardère (100 more titles, to be exact) to working with mega-producer Mark Burnett, to investing in ESPN.

Extracurriculars for Bennack outside Hearst HQ include his extensive involvement in Lincoln Center, currently as chairman emeritus, following his chairman stint at the cultural institution from 2005 to 2009. Looks like Swartz took a page out of his CEO predecessor’s handbook: the newly-minted Hearst chief exec is also a chairman and board member of Lincoln Center.

As Bennack passes the torch to Swartz, the venerable Hearst exec will remain in the picture as executive vice chairman of the company’s Board of Directors and chairman of its executive commitee.
ALEXANDRA ILYASHOV

Exclusive: Elie Saab Gives Us A First Look At Spring