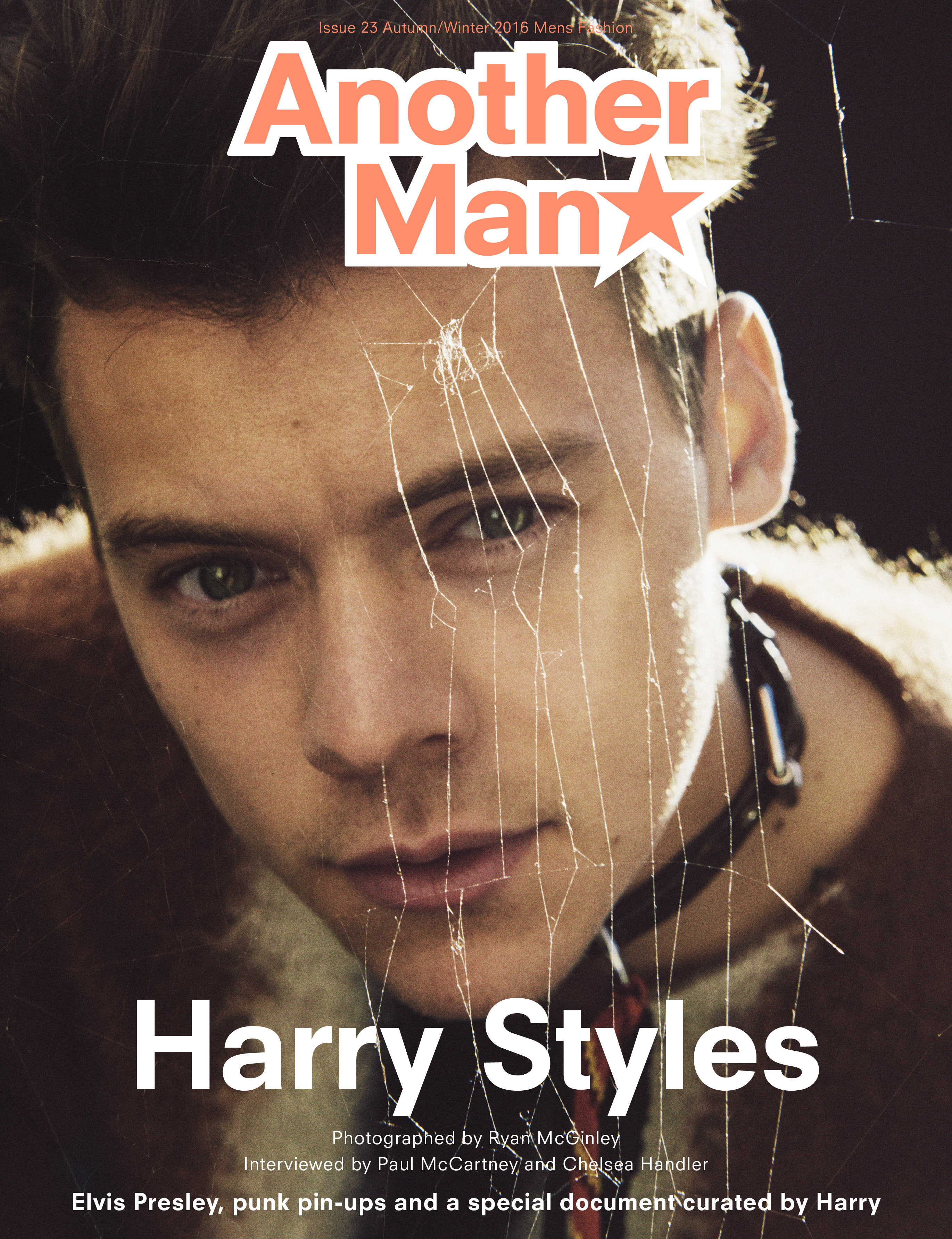 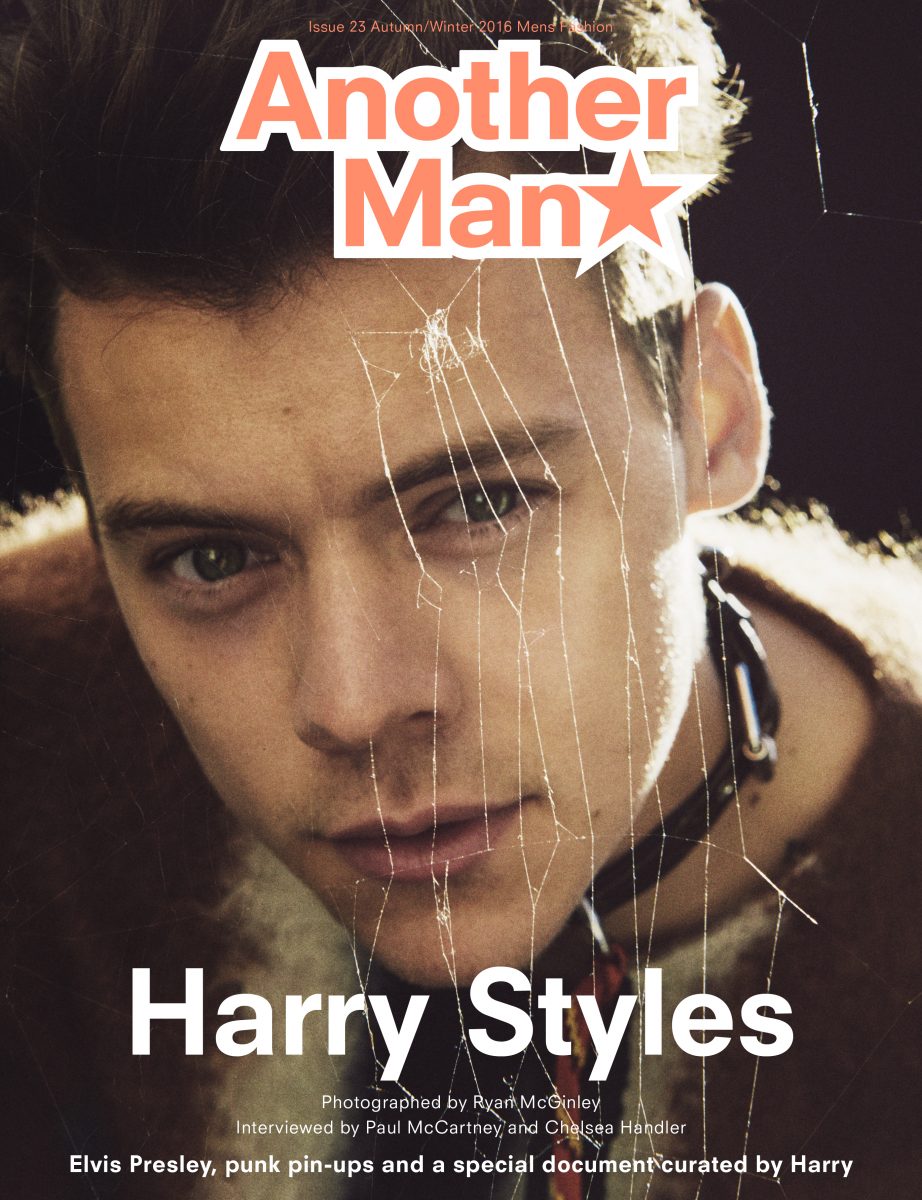 “It” Brit and One Direction frontman Harry Styles is the star of not one, but three magazine covers for Another Man‘s issue 23, Autumn/Winter 2016. Each cover reveals a unique side to Harry—the rock ‘n’ roll icon, the boy next door, and the romantic hero—who’s been stepping out in his own direction (pun intended) on the music front and beyond. Willy Vanderperre, Alasdair McLellan, and Ryan McGinley lensed the covers, respectively, which were accompanied by three articles.

One piece features a discussion between Harry and Paul McCartney, who dishes on surviving fame, going solo, and staying grounded; Harry’s sister Gemma [Styles] pens an article about growing up with her younger brother before he reached international stardom; and talk show queen Chelsea Handler quizzed Harry on LA life, his love life, and his afterlife. Plus, Harry curated a special document dedicated to his idol Stevie Nicks, a portfolio of his most cherished objects (beaten-up boots and lipstick-stained coats, included), interviews with tattoo artist Liam Sparkes, painter Tomo Campbell, and tailoring legend Edward Sexton, as well as a handwritten mixtape of his top 10. Quite the collaboration, indeed.

Doesn’t this prove three Harrys are so much better than one? Click here to read all the goodness.

Tracy Anderson on Those Waitlists, the #Tamily, and Her New Tribeca Flagship

The Fenty Puma by Rihanna Phenom Took Paris by Storm