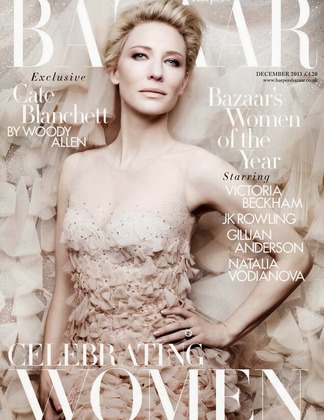 We thought this was Glamour‘s turf, but Harper’s Bazaar UK also celebrates their “Women of the Year” issue with Cate Blanchett on the cover. Ben Hassett shot the Blue Jasmine star and they managed to get none other than Woody Allen to do the story on her. (He did direct the movie, but still!) Expect to see a lot more of Blanchett in the new few months as she’ll be on the circuit to likely pick up another Oscar in what some are calling the performance of her career. We are totally OK with this.

Look of The Daily: Allison Williams In Carolina Herrera