Harper's Bazaar To Roll Out A French Edition 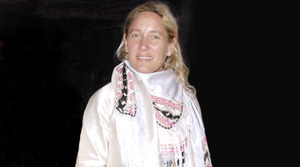 (NEW YORK) Harper’s Bazaar en français? Indeed! The title is launching a French edition, as a joint venture between Hearst Magazines International and Groupe Marie Claire. The French iteration of Bazaar will be helmed by Alexandra Senes as editor-in-chief. Bazaar‘s global slew of editions—30, to be exact, with the addition of its French version—that most recently expanded to include Germany, which will debut this fall. Also bowing in a few months: Harper’s Bazaar Japan, the November issue of which will arrive on newsstands in September.

“We are thrilled to partner with Hearst to bring Harper’s Bazaar to France and to welcome Alexandra Senes as editor in chief,” said Arnaud de Contades, CEO of Groupe Marie Claire, in a statement. “Alexandra is an influential fashion journalist and tastemaker whose editorial expertise and creativity will shape Harper’s Bazaar in France.”

As for its inaugural editrix, Senes most recently served as editor-in-chief of Journal du Dimanche‘s style section. Her contributor capacities have included Elle Japan, Architectural Digest, and New York. She also founded a creative communications  firm, SA; has fashion TV production experience; curated in-store fashion exhibits, and, last year, launched a clothing line, Kilometre, chic enough for the discerning tastemakers at Colette to stock on their shelves. Prior to that string of industry gigs, Senes founded Jalouse, was EIC of that title for eight years, and proceeded to launch U.S. and Russian editions of the mag.

A launch date has yet to be announced for Harper’s Bazaar’s French foray; stay tuned!
ALEXANDRA ILYASHOV

Michael Musto Out At Village Voice