‘Guardians of The Galaxy’ Comes To Our Planet 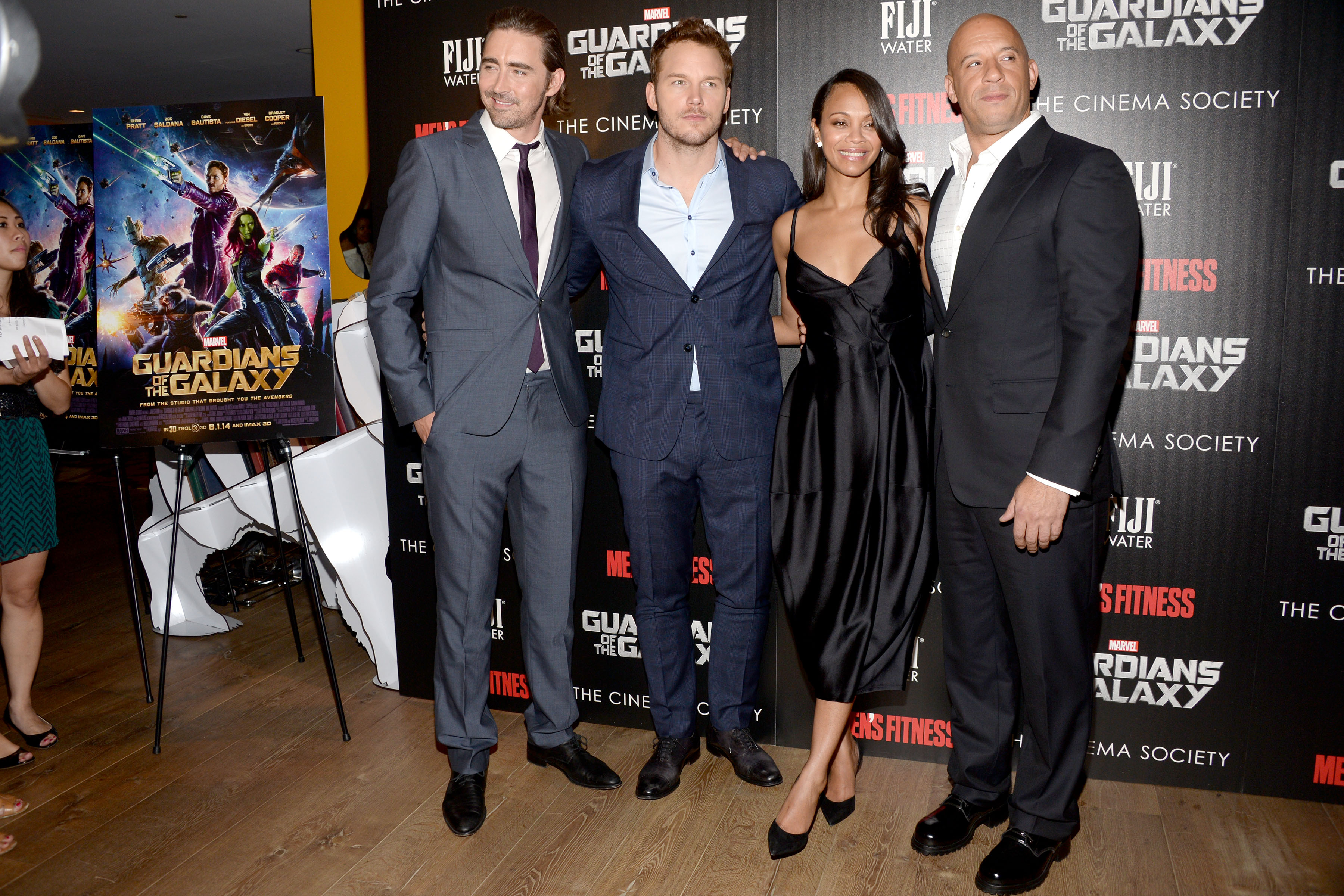 If  friends in the following weeks randomly start uttering, “I am Groot’, it’s safe to say they’ve hit the movies to see Marvel’s Guardians of The Galaxy, which opens today. It’s a line uttered by an unrecognizable Vin Diesel about 437 times in the blockbuster that stars Parks and Recreation star Chris Pratt in a career making role.  The part required Pratt to lose 60 pounds in six months so what better fit than Men’s Fitness with The Cinema Society and FIJI to host the New York City screening this week at The Crosby Street hotel? The films stars Pratt, Diesel, Lee Pace, and Zoe Saldana, all in attendance with the lone female lead quipping, “We hope you guys enjoy watching the movie because we sure as hell enjoyed doing it!” Once again, The Cinema Society delivered an eclectic potpourri of celebs and socials including Ian Ziering (taking selfies in his 3-D glasses before the movie started), Nick Offerman, Salman Rushdie with Missy Brody, Timothy Greenfield-Sanders, Christopher Cuomo, Caroline Rhea, Cory Bond, RJ King,  and David Zinczenko. Guardians, which first appeared in comic books in Marvel Super-Heroes in January 1969, is the tale of Peter Quill, who finds himself on an unrelenting bounty hunt after stealing a mysterious orb coveted by bad guy Ronan (Pace). Along the way he meets some new pals, saves the universe, and looks goooood without his shirt off. There’s even a gun-toting raccoon voiced by Bradley Cooper. After the screening, guests hit the afterparty at Jimmy at the James Hotel, where we spotted Amy Poehler, Paul Rudd, and Aubrey Plaza seated in a corner  and taking in some “Guardian Galactic” and “Marvel Royal” Grey Goose cocktails. Pratt (truly a nice guy) was one of the last to leave, taking pictures with anybody who asked despite an early morning appearance on Good Morning America the next day. Looking for a good old fashioned movie summer flick? Enter the Galaxy this weekend. Plus! You’ll get the “I am Groot’ joke.

I read a lot of interesting articles here. Probably you spend a lot of time writing, i know how to save you a lot of time,
there is an online tool that creates unique, google friendly posts
in minutes, just search in google – laranitas free content source