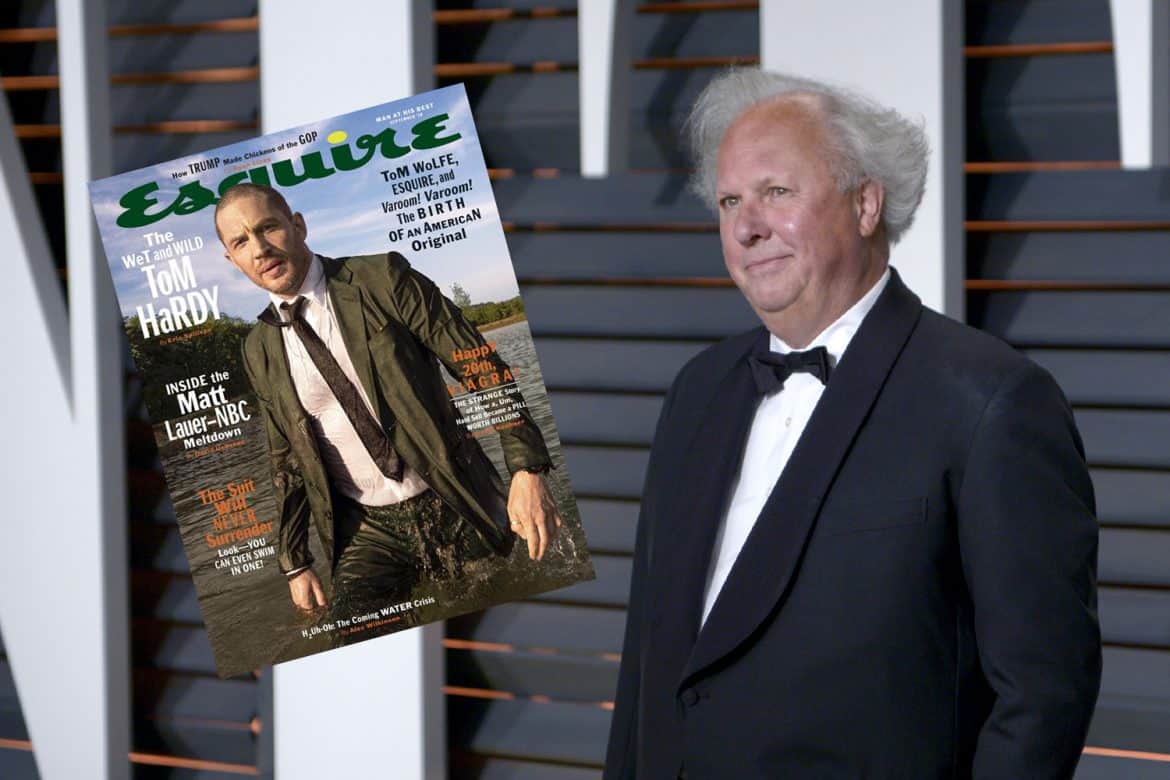 Graydon Carter Has Written for Esquire (Esquire)
Even though iconic ex-Vanity Fair editor-in-chief Graydon Carter is technically a free agent now, it’s still a bit shocking to learn that he has penned a new editorial for the Hearst-owned Esquire. It’s the first story Carter has worked on since exiting Condé Nast earlier this year. “Somehow, some way, we were determined to bring Graydon in from the cold — and I’m thankful we did,” Esquire‘s EIC Jay Fielden told Page Six. You can read the piece, here. 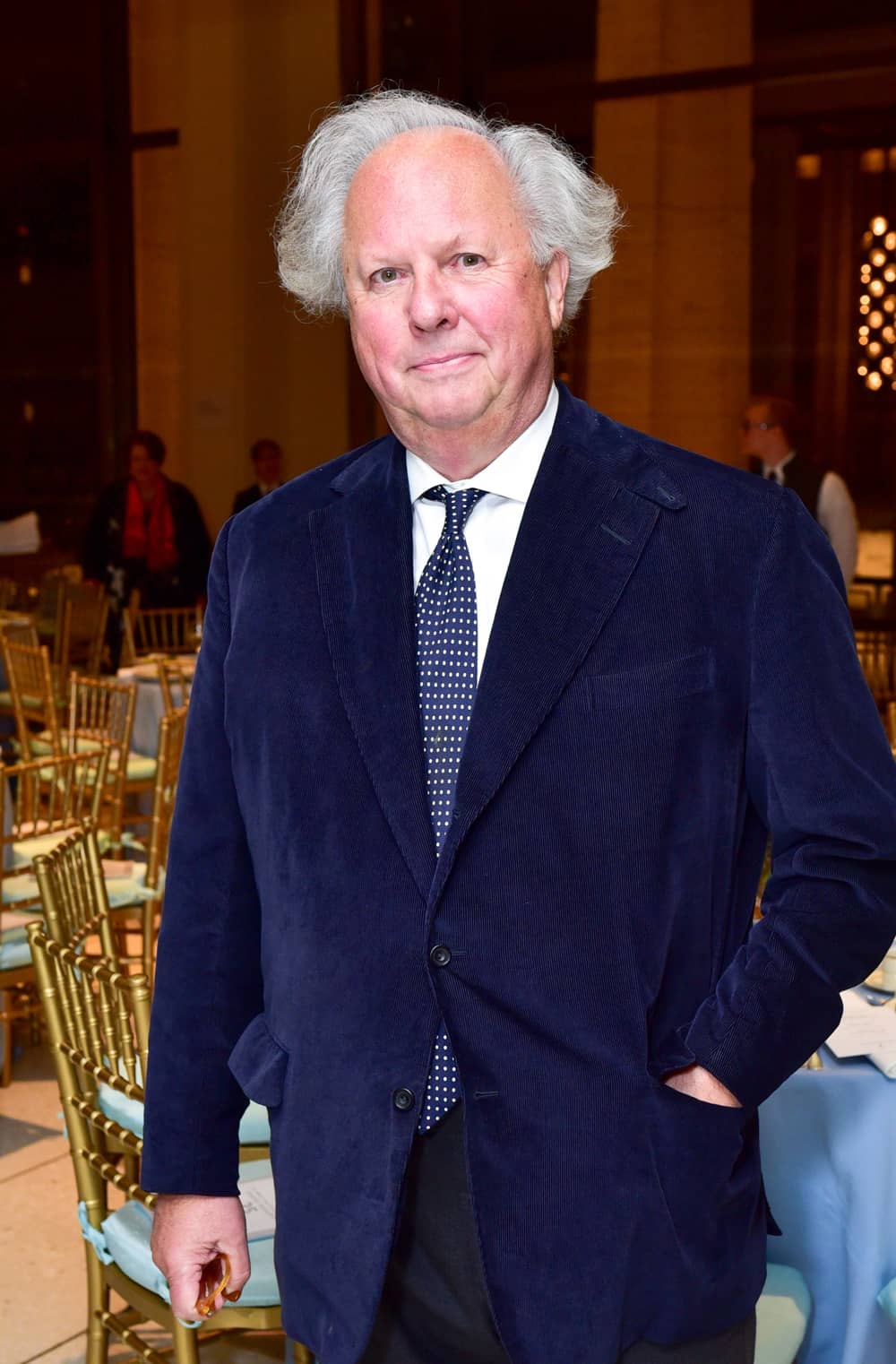 Dior Is Heading to Tokyo (Dazed)
Only the world’s biggest fashion houses hold destination pre-fall shows, and usually only for womenswear. Dior is changing that. At the end of November the label will hold its first-ever pre-fall menswear show in Tokyo! “[It’s] the best way to present and celebrate my first Dior Pre-Fall men’s show,” creative director Kim Jones told Dazed. “Japan is a magical country that I know quite well and that I love particularly for its incredible and unique culture, history, and nature, which have always been very fascinating and a great source of inspiration to me.”

Madonna’s Daughter Walks the Runway at Gypsy Sport (Harper’s Bazaar UK)
Lourdes Leon has walked her first runway! The 21-year-old was tapped by Gypsy Sport to appear in its Spring 2019 show. This is not Leon’s first foray into modeling, though—she has previously been cast in a Stella McCartney fragrance campaign, and in an editorial for Vogue Germany.

Virgil Abloh Is Not a Designer (Business of Fashion)
In a detailed new profile in Business of Fashion, Off-White and Louis Vuitton menswear creative director admitted that the term job title of “designer” might not be comprehensive enough to encompass all it is that he does. “I would sort of agree I’m not a designer; that term seems like it’s for traditionalists,” he told the magazine. In addition to helming two brands, DJ’ing, collaborating with a range of non-fashion companies (most recently Moët & Chandon), and countless speaking engagements. “TBD the new title.”

French Connection Makes Their NYFW Debut
On Tuesday, September 11, French Connection presented their Spring 2019 collection as part of New York Fashion Week. The collection, which was shown at The Golden Hour in Chelsea, was full of relaxed, easy-to-wear pieces in neutral colors and silhouettes ranging from tracksuits and trench coats to evening gowns and cocktail attire. “We studied the real-life wardrobe staples of models and influencers and were inspired by their travel lifestyle.,” said creative director Maria Chen. 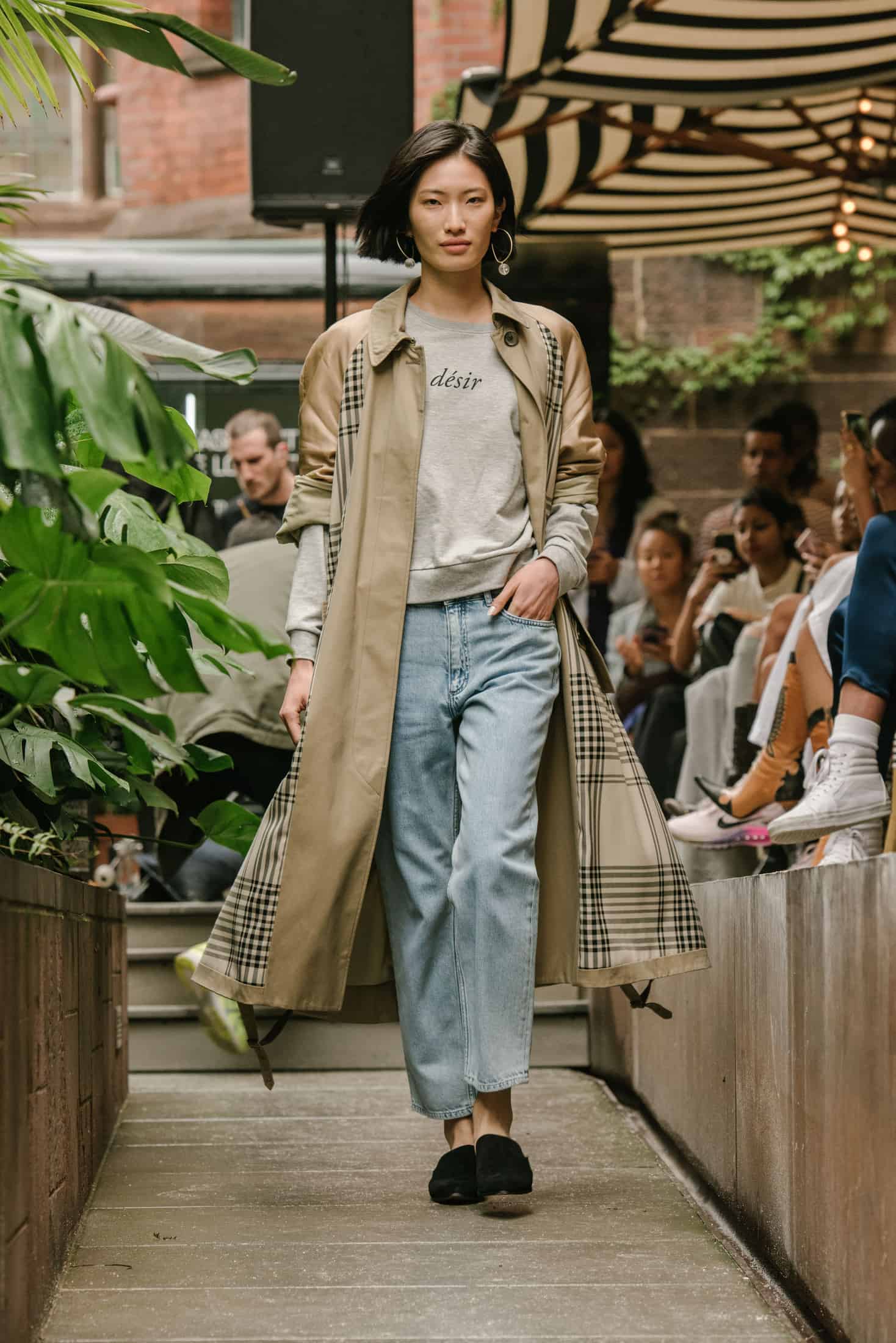 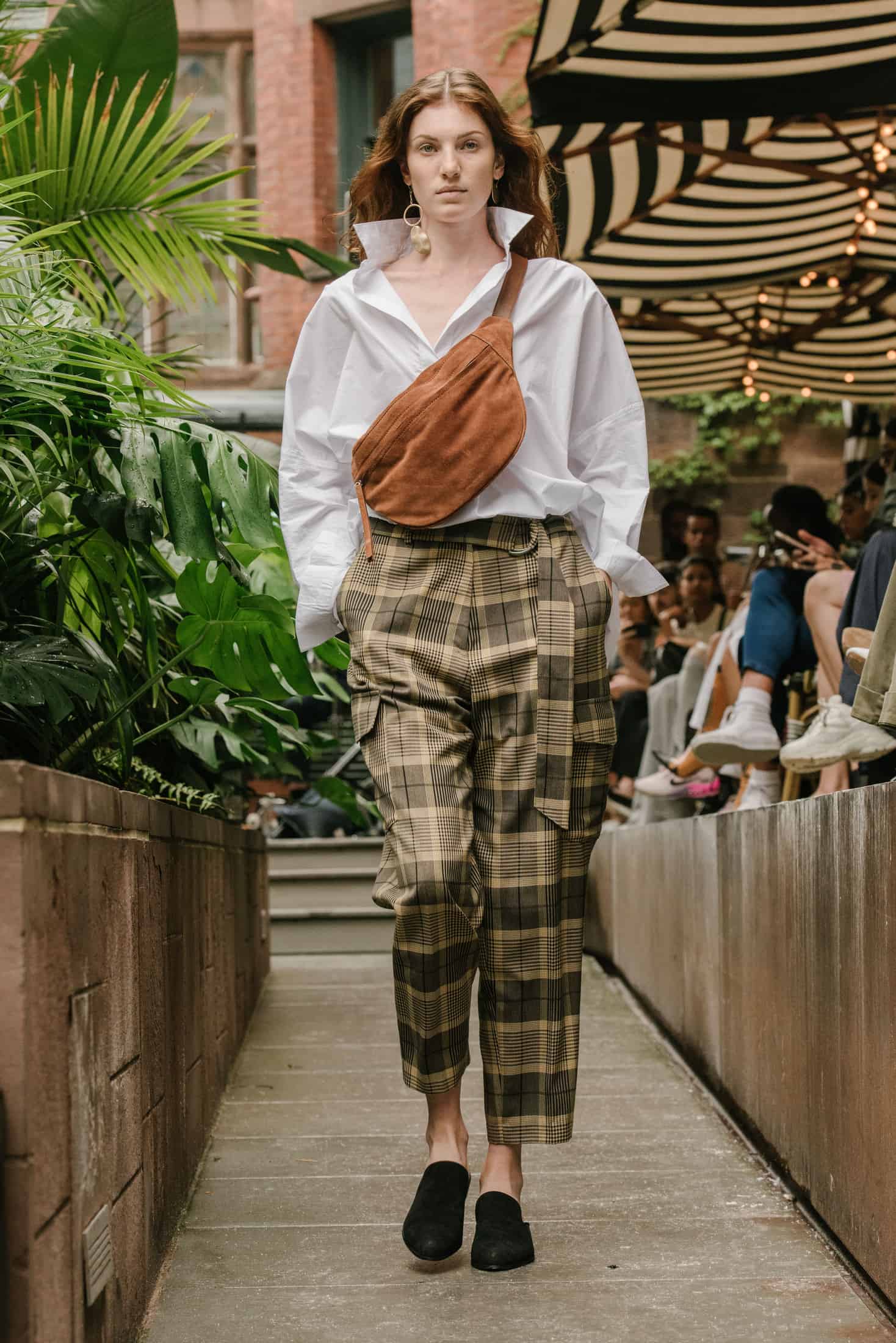 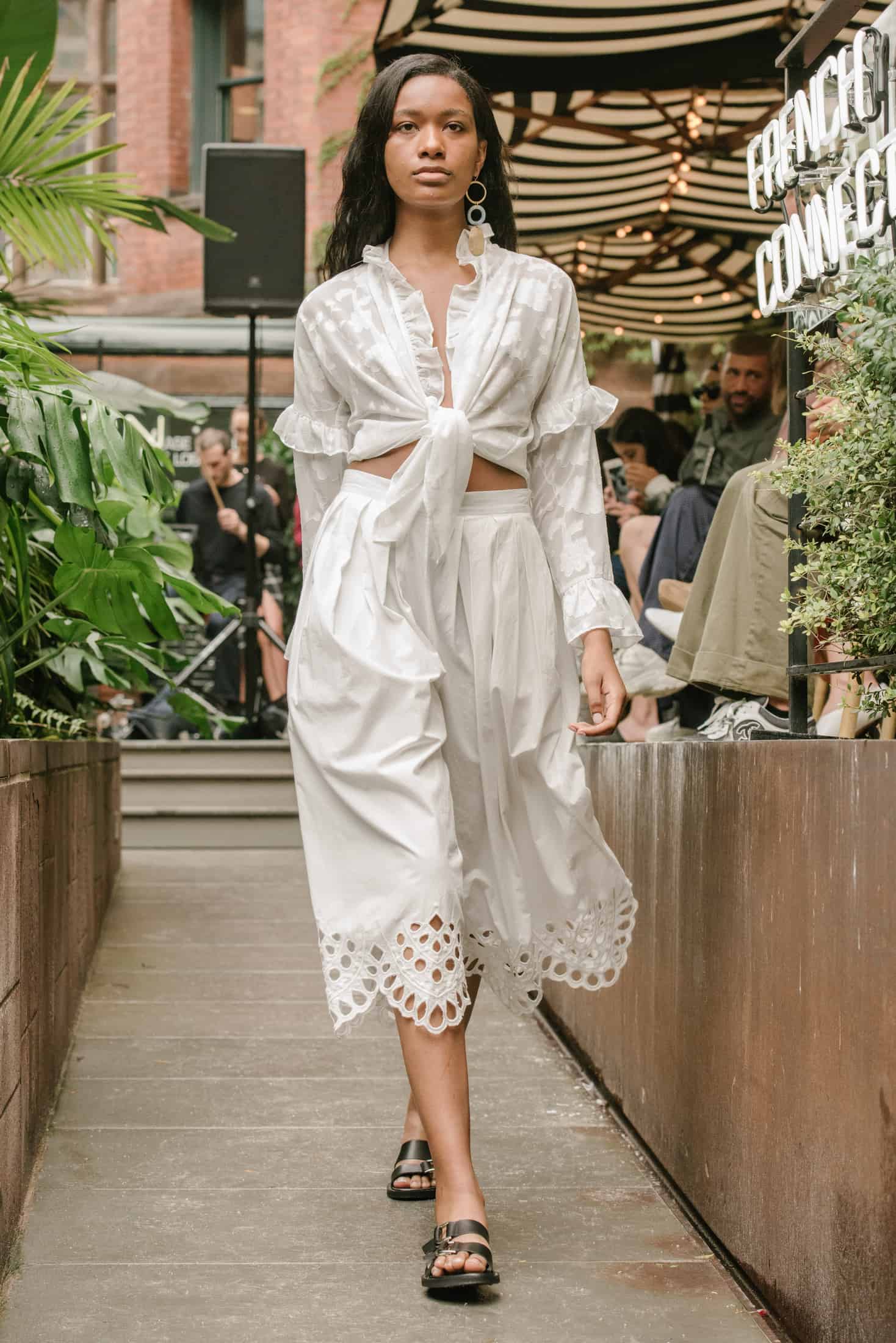 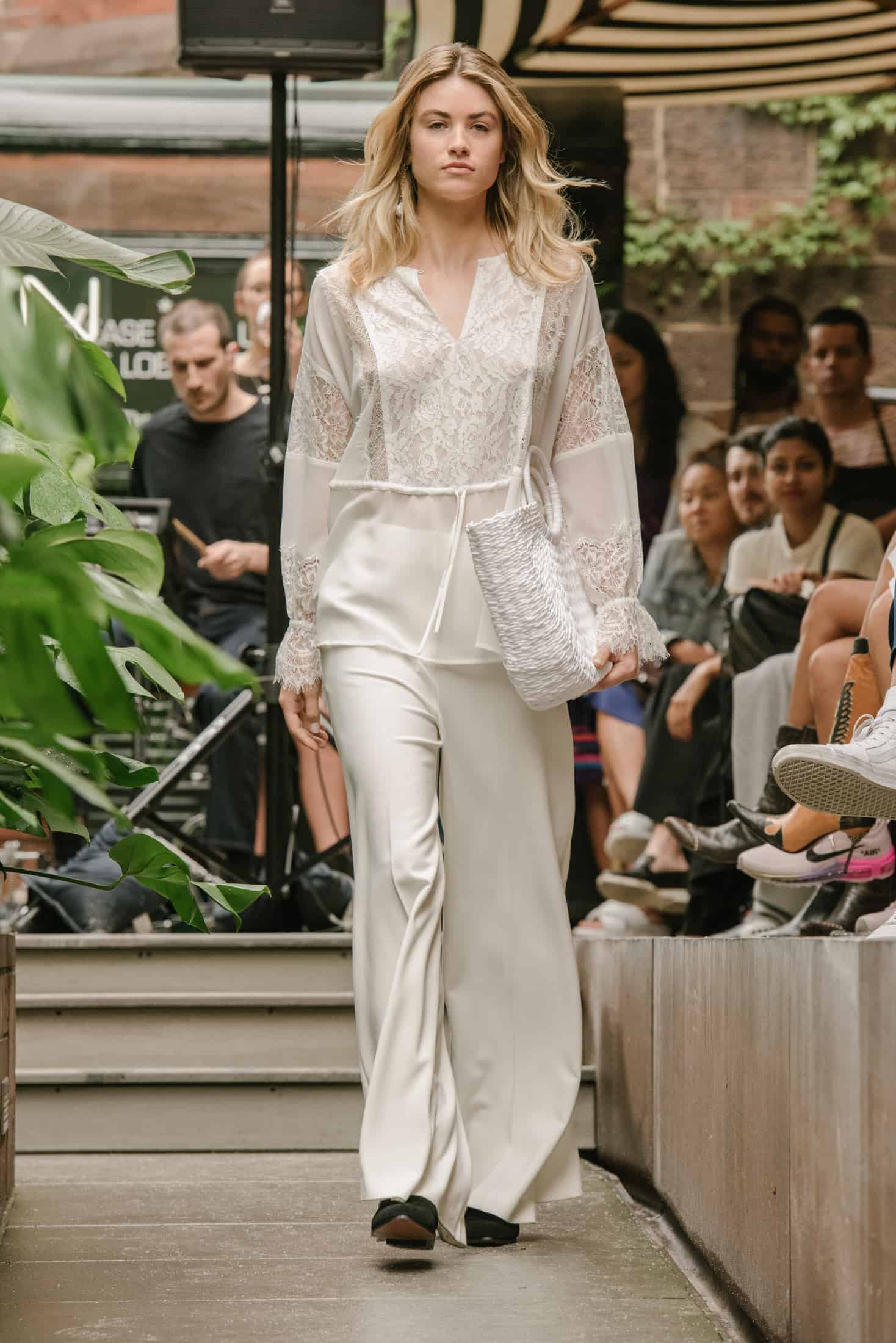 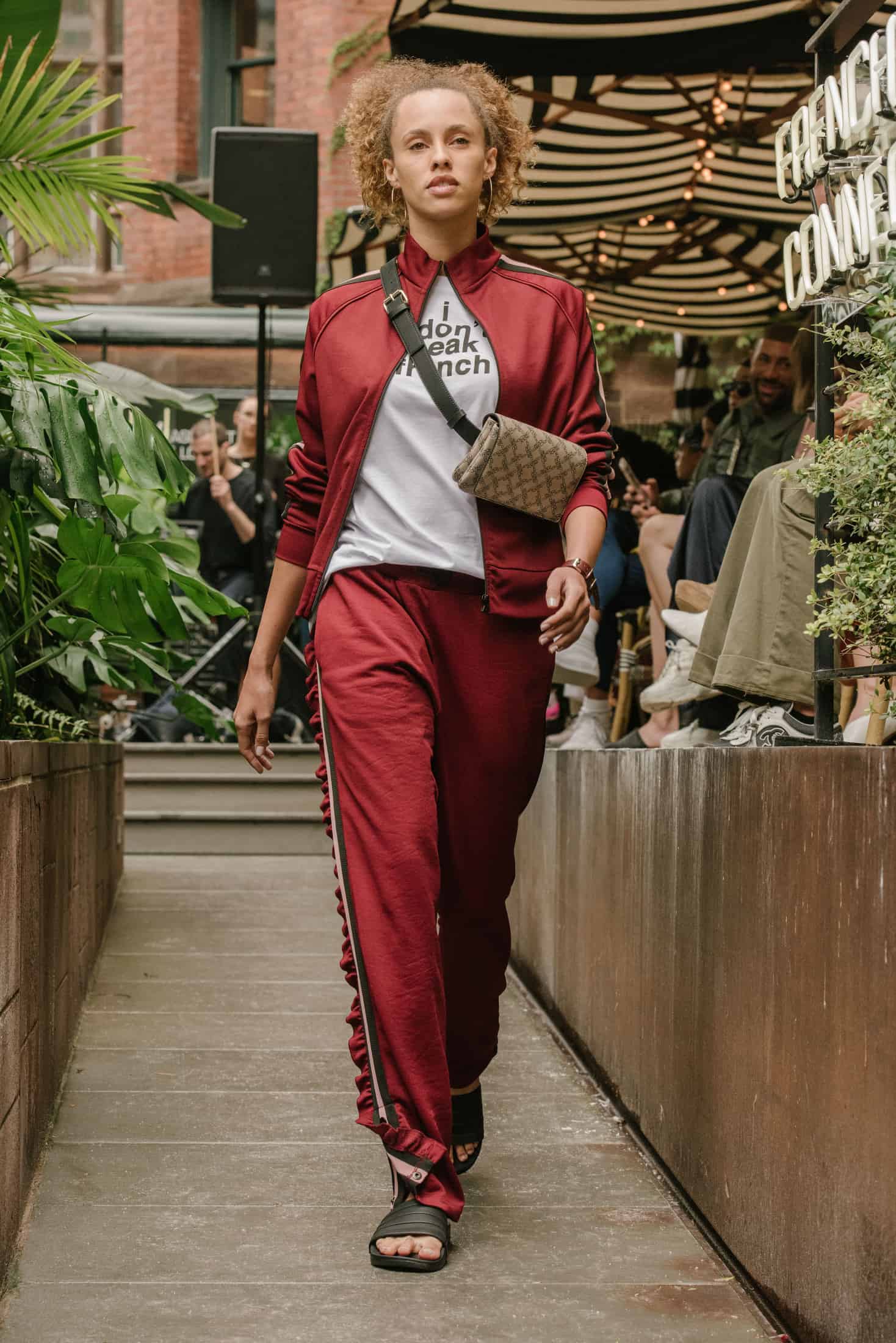 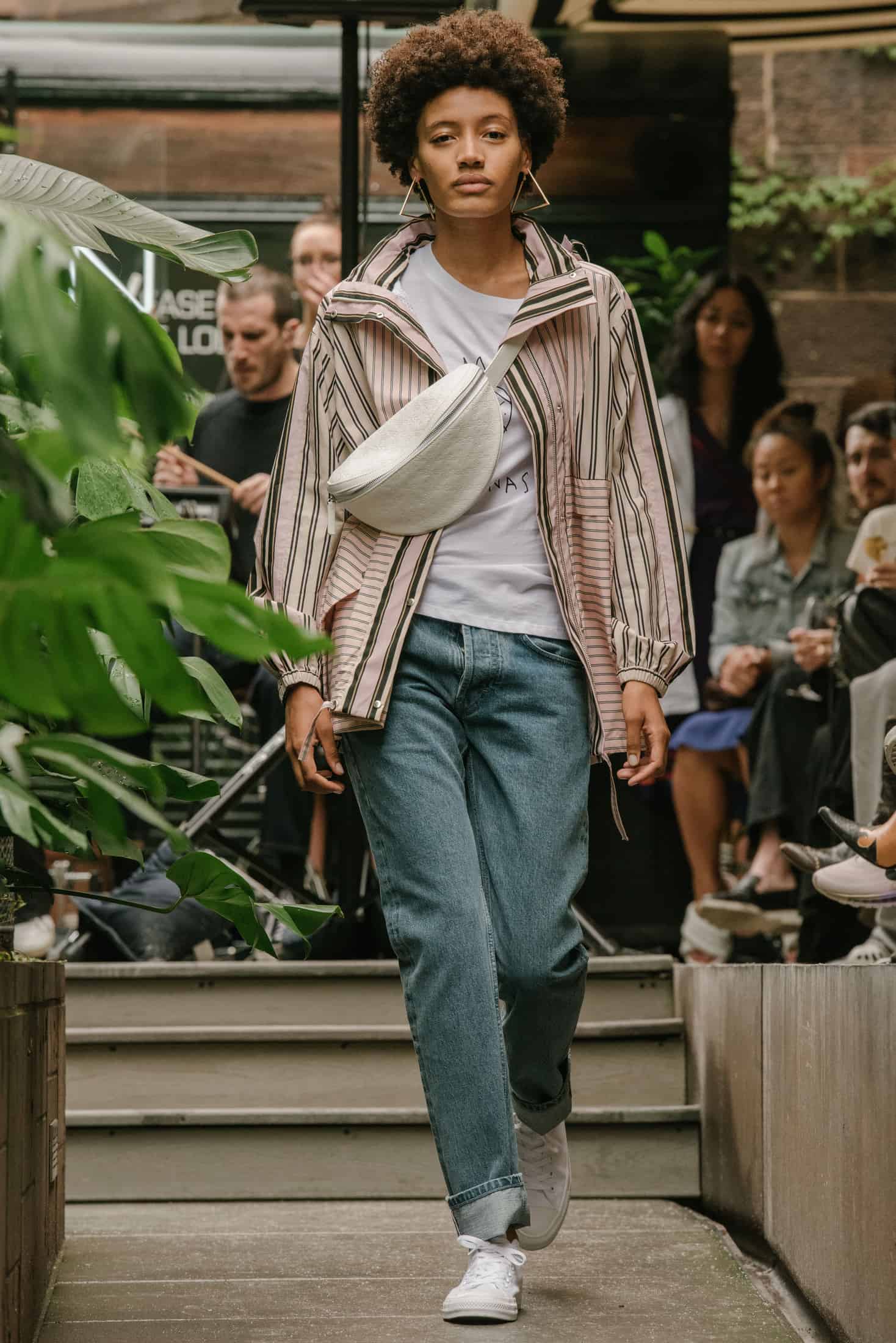 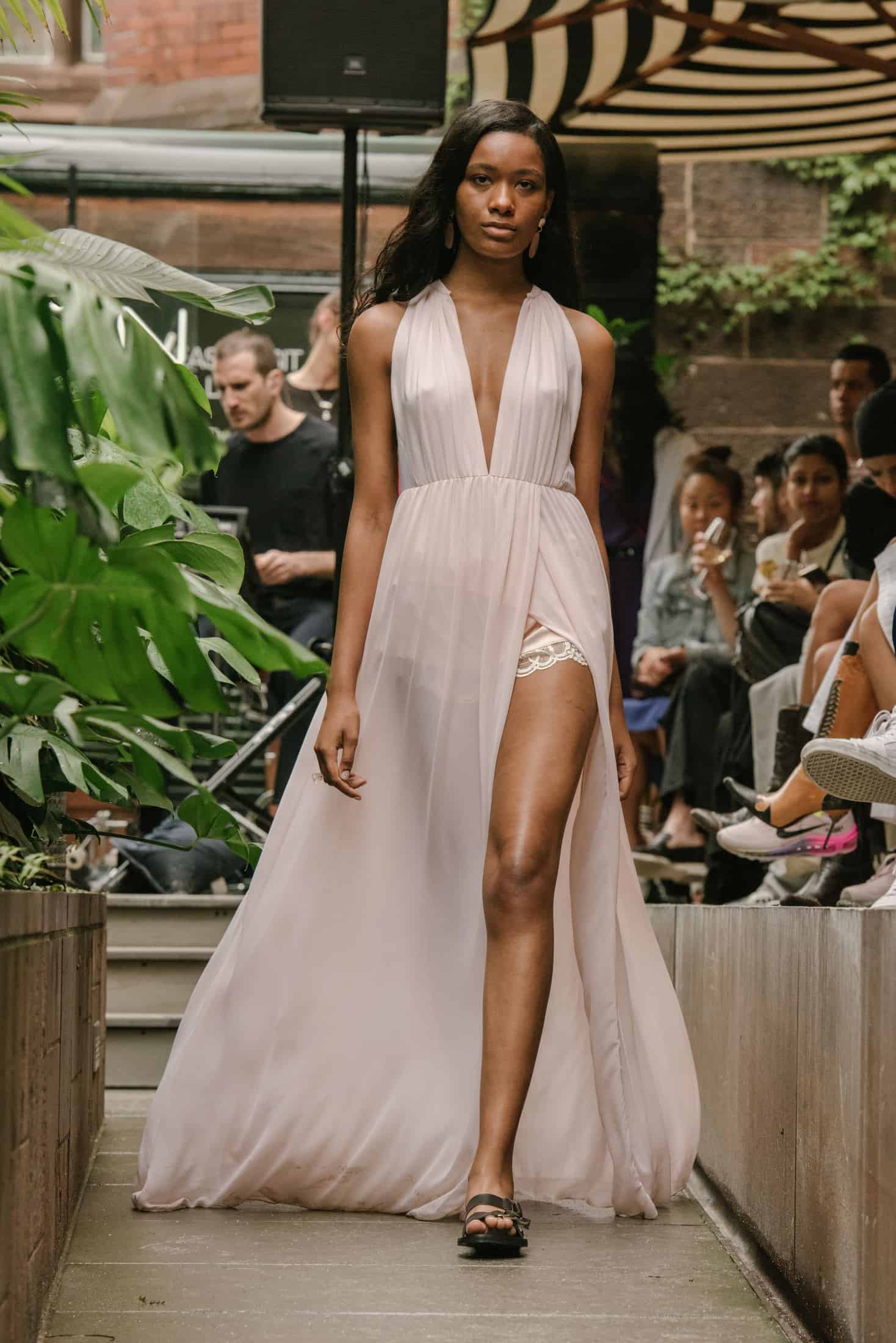 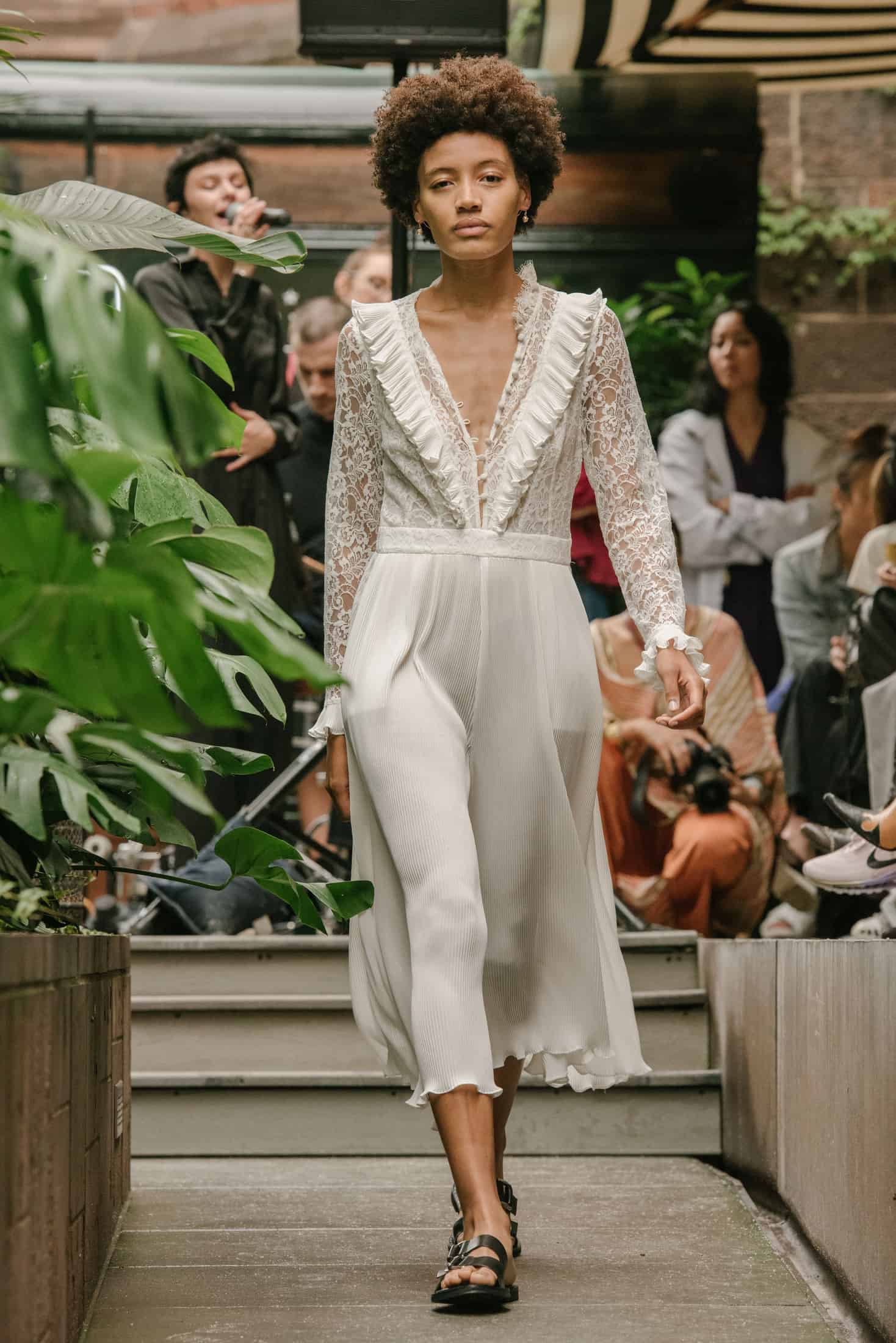 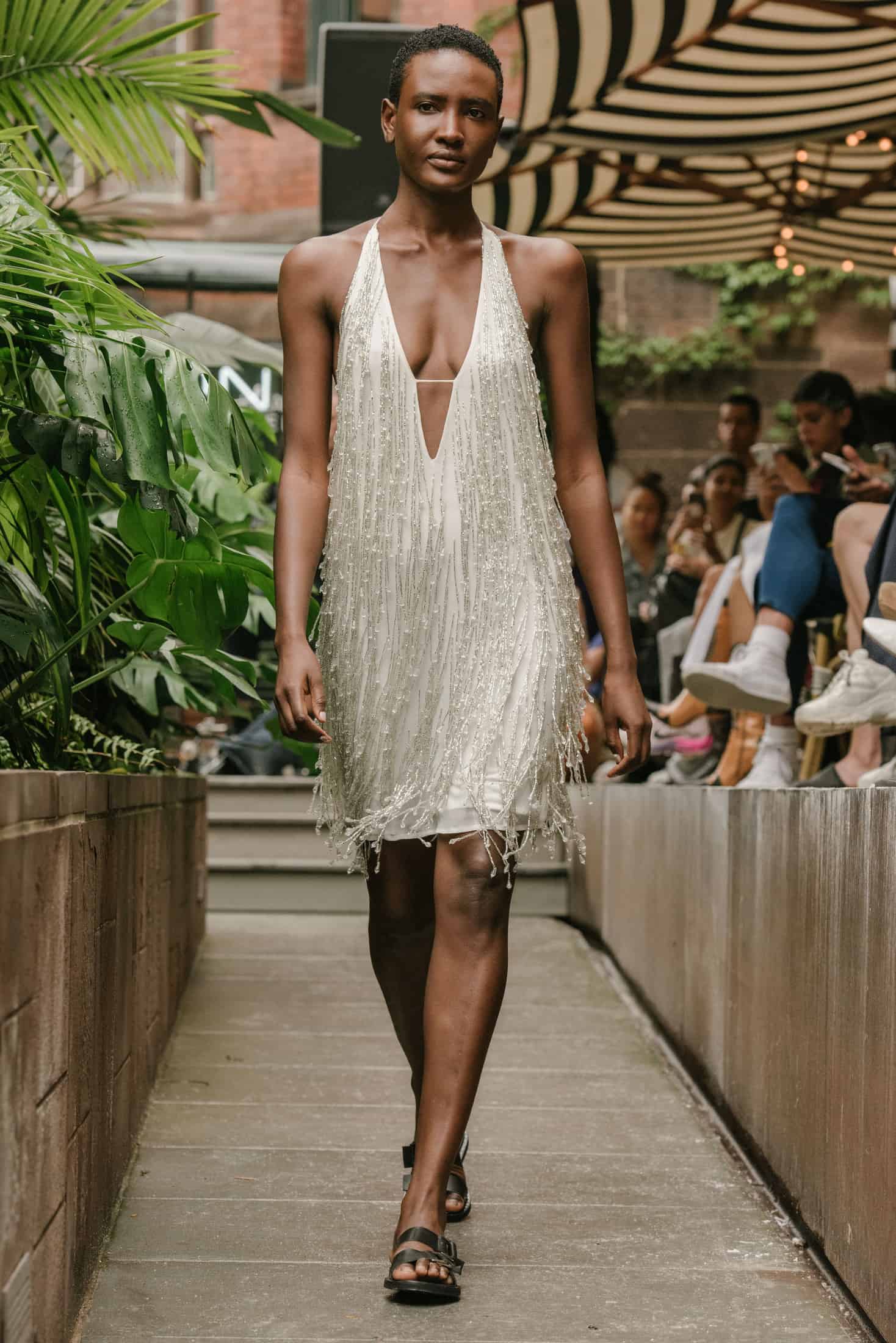 The show also included a performance by newcomer Morgan Saint. “She’s raw, understated, and personal in both her music and her style,” said Chen. “We’re big fans.” 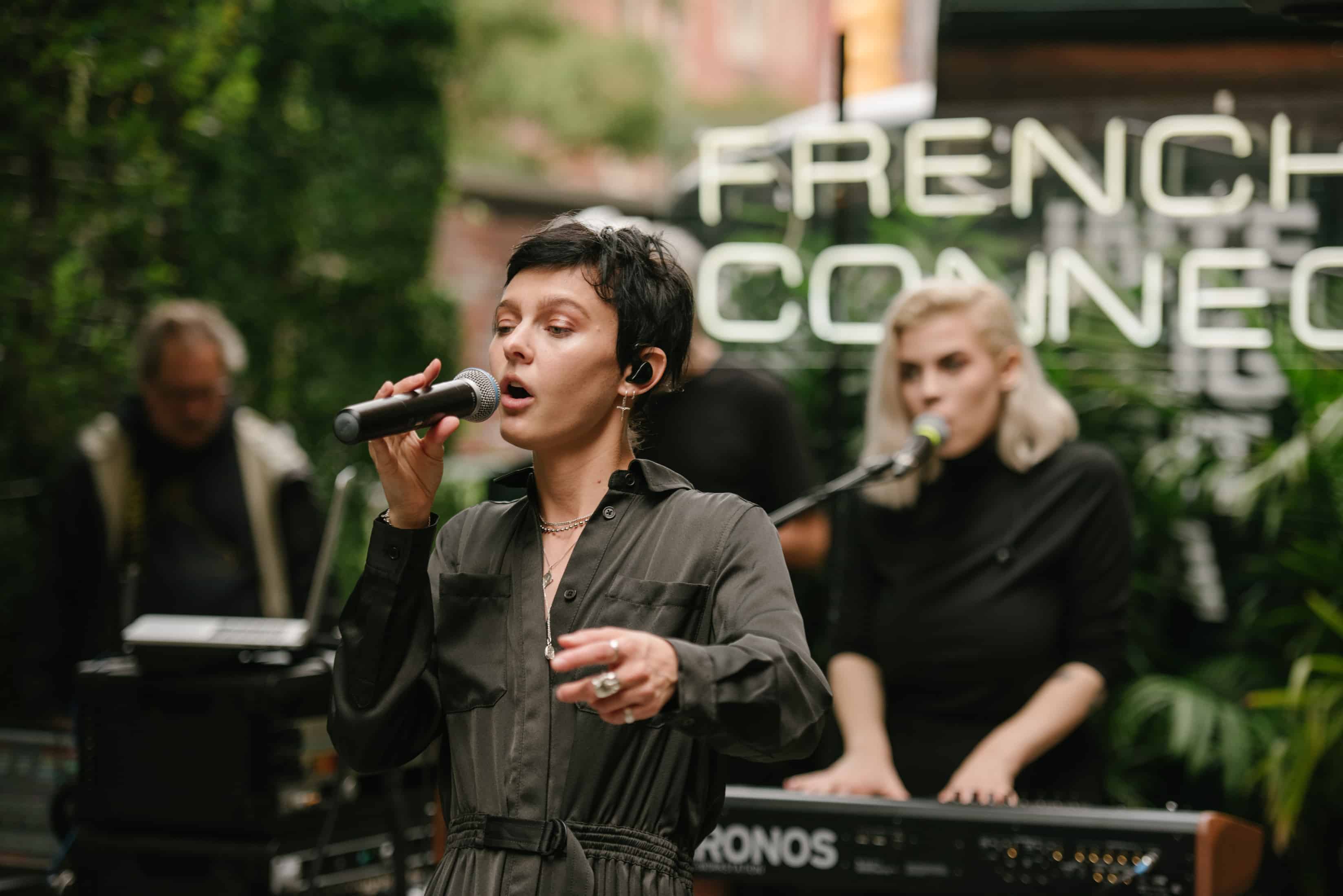