Artist Graham Fink Can Literally Draw With His Eyes 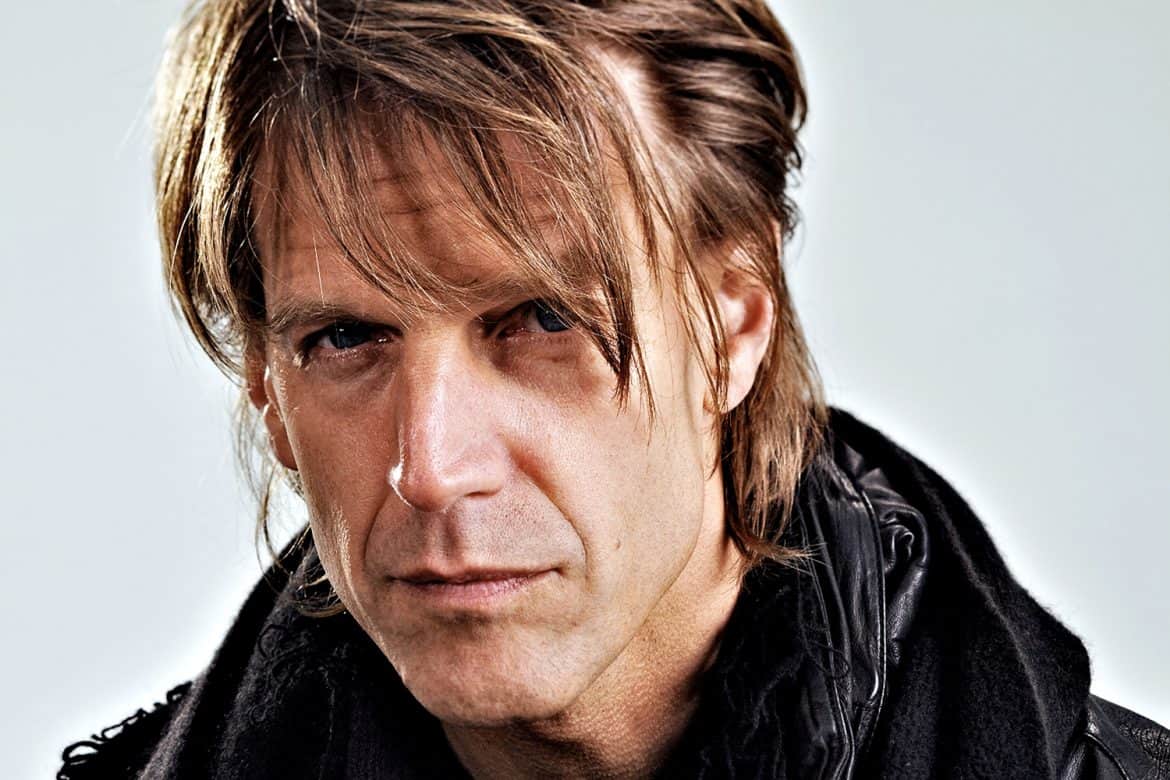 Graham Fink made headlines when he helped develop a breakthrough technology that allows him to draw with his eyes. Next week Fink will have an art exhibition at The Maidstone hotel. The show will kick off this weekend at The Daily’s Hamptons Most Stylish party. We spoke to the artist to learn more about his career and vision.

When did your career in art begin?
I went to art school when I was 16. It was either that or going to music college. They were the only subjects at school I was any good at. The first year was a foundation course, where we tried our hand at everything — painting, drawing, photography, filmmaking, screen printing, pottery and sculpture. I loved all of them, so when I came to choosing which one to specialize in I had a real problem. I could have picked any one of them, but in the end, I picked Graphic Design, I think because my mum liked to tell her friends that her son was a graphic designer. They would all go “Oooh!” but not really know what that was.

After my final year I went back to working in a lot of different mediums, and now my practice is completely multimedia. For me this means that my practice is not defined by the constraints of materials, techniques, or technology.  It all starts with the idea and then the medium to best convey and transport that idea – realizing it to its full potential. 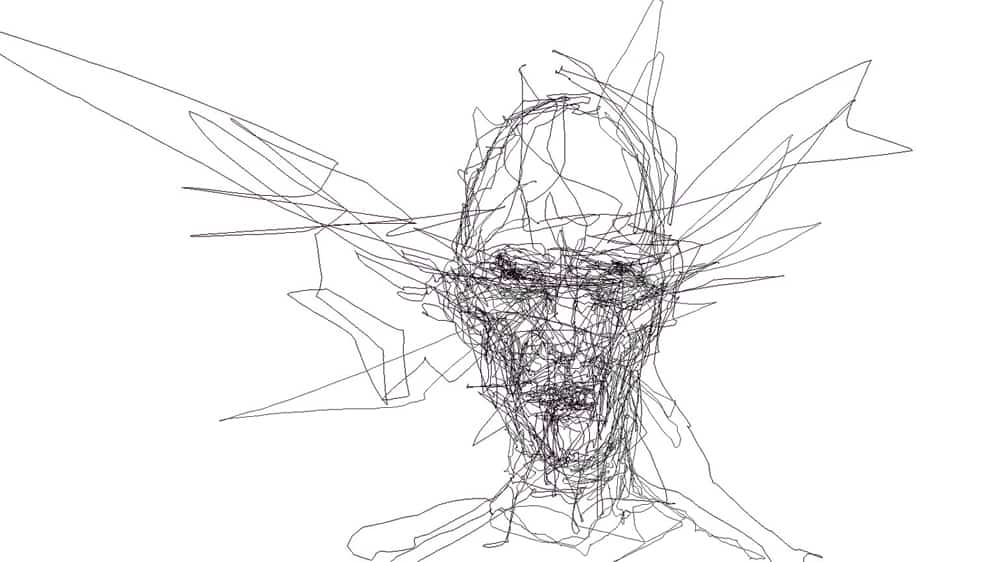 An eye drawing by Fink (Courtesy)

How would you describe your style? What themes do you gravitate towards?
As a young child I was always questioning everything and wondering why things had to be the way they were. My parents were Catholic, but I struggled with the concept of god creating the world in seven days. I wanted to know the real story and how we came into being. Who are we? Who am I? This constant questioning is a theme that comes up a lot in my work. Challenging the status quo. Why does a photograph have to be taken like that? Why does a drawing have to be made like this? This led to a lot of experimentation, for example, the idea of being able to draw with my eyes — without using my hand or any other instrument apart from my eyeballs.

I am also fascinated by the area between the subconscious and creativity and trust and intuition. These relationships have also been explored through my studies and series on Pareidolia — a term which describes the tendency to perceive a specific, often meaningful image within a random or ambiguous visual pattern. 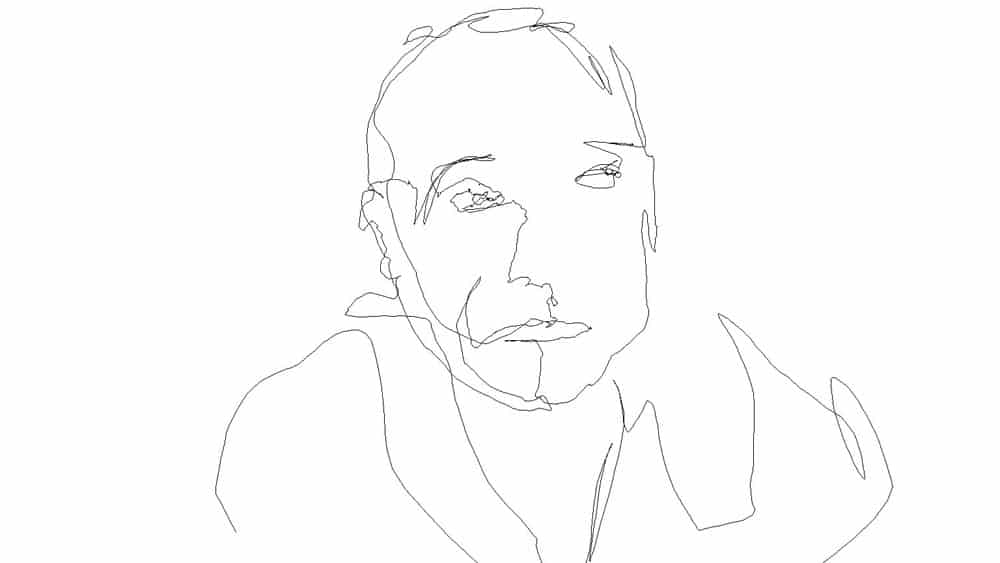 What was it like working with a programmer to develop technology that allows you to draw with your eyes?
It was an arduous process actually. One thing that didn’t make it easier was the fact I was living in China at the time and the programmer didn’t speak any English. I knew what I wanted the software to do and drew it all out for him, but it took quite a few months to get right. Another challenge was having to train my eye to be able to control the line. Our eyes are constantly moving, over 100,000 movements a day — even if you focus on one thing there is still a lot of movement going on. It took obsessive practice to be able to do what I needed and the drawing itself is very intense as it’s one continuous line. 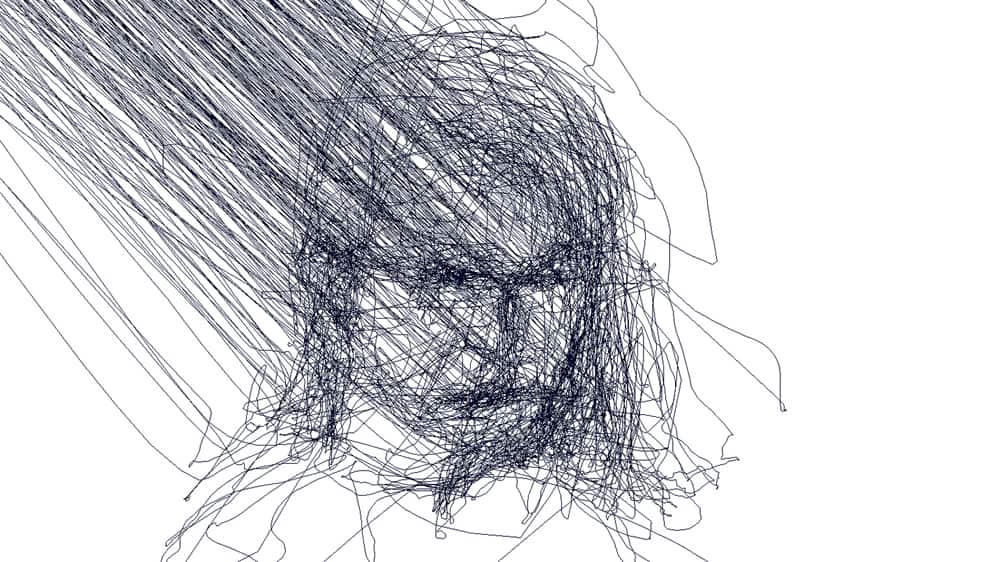 You founded TheArtSchool in 2005. Tell me about it!
TheArtSchool was something I set up in London in order to give students an alternative point of view on making a career out of the creative industries, whether that was art, design, filmmaking or advertising. Once a month, I would run a half-day session (completely free) which comprised talks by myself and others in the industry. The fun part was that no-one ever knew where it was going to be or who was going to be talking, until the last minute. I once managed to convince Gary Oldman to donate a couple of hours of his time. He talked about his films, including working with Francis Ford Coppola. It was really quite special. We did them for three or four years, and held a final session in the Houses of Parliament.

What are some of your favorite experiences of working in the art world?
I like working with uncertainty. Struggling to find something different or meaningful in areas of sameness. It might be that I’m taking some photographs in my studio and I’m not sure what I am doing, then something happens and you change direction, it could even be something as subtle as a sound. It’s like a mist that begins to clear and new things emerge. That’s exciting. You go from unknowing to knowing. 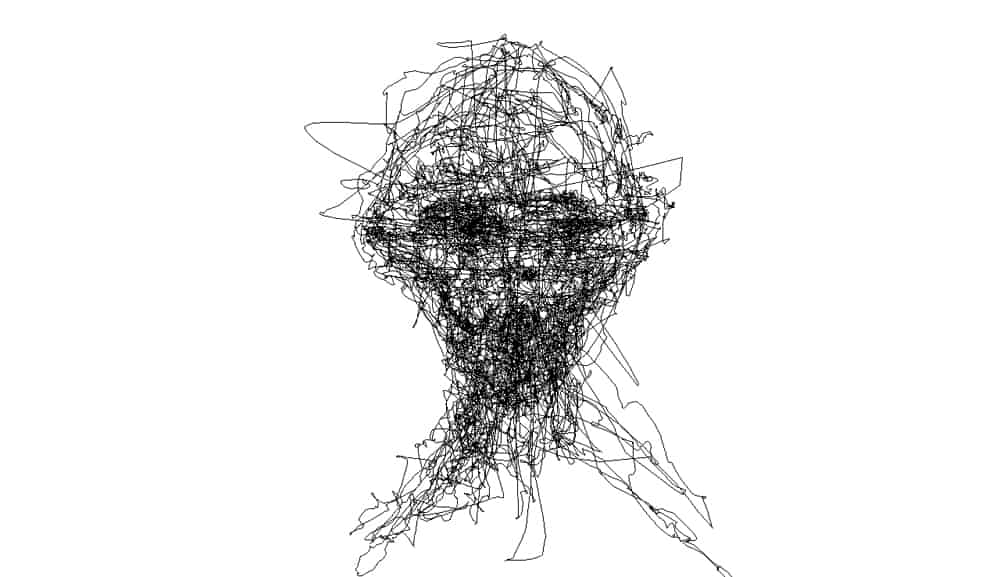 I’ve been very fortunate in that I’ve been invited to draw with my eyes in many countries and met some amazing people along the way, making friends with some great artists too. Wolfe von Lenkiewicz is one who has been very encouraging in my work in the area of Pareidolia. My next exhibition, In transition, at VVA in London, opening 10 November, will look at Pareidolia and its place in creative and dream processes, through a new series of monotype prints.

Mixing It Up With Lifestyle Guru Athena Calderone

Maggie Gyllenhaal Has a Tip for Finding the Perfect Glasses